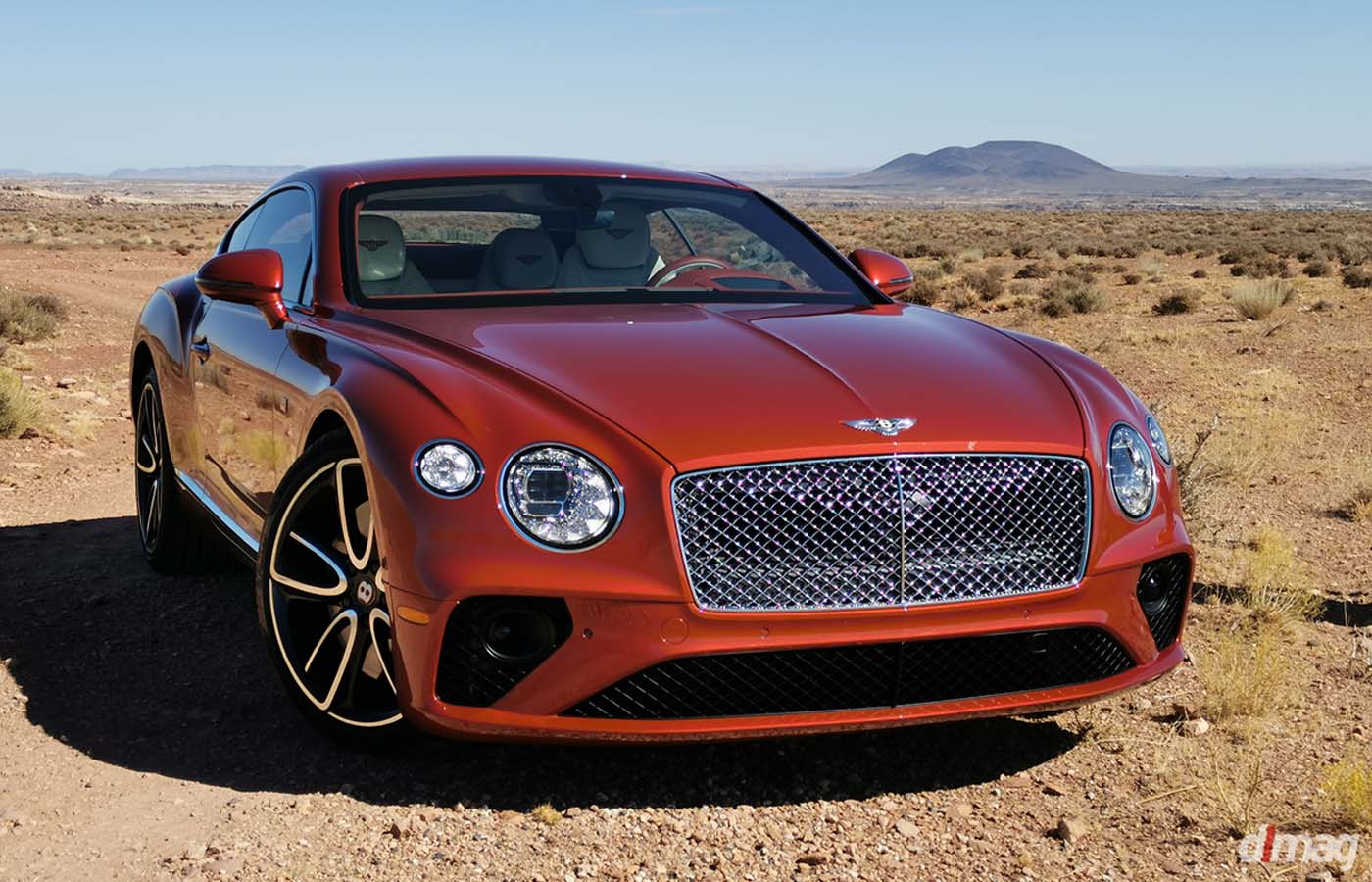 It can be said with utter confidence that one of the most memorable recent drives took place in Bentley’s all new Continental GT V8. And while the story has a humorous beginning and an incredibly scenic middle in the American Southwest, it concludes in all seriousness with an overwhelming yay for the kingly car – and even that might be an understatement. Sleek and sophisticated design coupled with deft performance, let the Bentley Continental GT V8 win my heart in the ultra-luxurious car market to date.

This year marks the 100th anniversary of Bentley Motors. It also happens to be the centenary celebration of the Grand Canyon National Park. So, what better way to celebrate than by a drive in Bentley’s masterpiece from Phoenix, Arizona right to the southern edge of one of the natural wonders of the world.

Due to basic logistics, I found myself waiting curbside one afternoon for Bentley’s Continental GT V8 to pick me up. No, I was not standing outside of the International Airport, but at a Safeway Supermarket in northern outskirts of the city of Phoenix. Standing there in nice clothes and with luggage, I must have looked like a time traveler from some bygone or other era.

Suddenly, the new Continental GT V8 made its appearance on the parking lot horizon. And let me tell you that it gleamed with glory and stood out from the rest of the parked cars – in the best way possible. In fact, it probably made all the other cars sitting there, sigh with envy and inferiority complex in the presence of the Bentley as it silently rolled on by.

The car will take your breath away

The first impression of the car is akin to seeing a very attractive individual on a beach during sunset in Tahiti. The new Continental GT V8 blends slick lines with a degree of muscularity. And a one-of-a-kind low-profile that makes it unmistakably fit for a character like James bond. I climbed into the passenger seat for the first portion of the trip and felt like I was getting into one of those classic Venetian cigar boat.

Classy two-toned veneer wood paneling, an infotainment screen that flips and hides like a secret passageway at MI6 when the car turns on, chrome dials adorned with diamond knurling – reminiscent of the front grille. Oh, and let’s not forget to mention that the two front seats have massage settings. The car will take your breath away with a look and feel to kill, and a ride that exudes comfort.

Quality materials and interior detail second to none

Driving the Candy Red colored first edition, a model which retails for close to $300,000 USD, features a duo-tone high quality leather combination that could probably make a fine-hided cow beam with pride. Red leather that comes close to matching the exterior paint extends the outside to interior, giving it a longer and more unified look. It is then paired with an under belly of cream leather ­and stitched in a loving way indicative of the work of an expert seamstress. Also, the Côtes de Genève finish on the center console looks like icing on a Bentley red devil cake.

Getting out of town and back on the freeway was a total trip. The prestigiousness of the Bentley preceded itself. Other drivers seemed to fall under the Conti’s superlative spell and rubber necked and gawked along the way. It was also as if we had automatic rights on the road – as all unconsciously yielded as we passed by. Heading north on I-17 through the Sonoran Desert was prime time to get acquainted with the Continental GT V8’s power and handling.

This package of gorgeousness may be 5,000-pounds, but it remains as agile and light on its tires as can be. It has driving dynamics, an air suspension and stabilization system that brings the B back into balance. And, is the closest thing I’ve ever experienced to the sensation of flying on the road – if that makes any sense. It was easy to whiz by giant 200-year-old saguaro cacti and leave cute little road runners in the dust at speeds in excess of the limit. The power just pours out of the platform and in the most quiet and smooth way possible.

It’s not all that common to see a Bentley on the road. The car is rather rare and seeing one can cause a good amount of hoopla and fanfare. You will be noticed in this car and get lots of looks – it was often in direct competition with the incredible natural surroundings of canyon and red rock itself. I kid you not when I tell you that passersby made unequivocal statements like “Wow, look at that Bentley! I’m not sure what is prettier … the red rock or the car?!”. Thus, the impression this car leaves on someone’s mind is undeniable.

The Grand Canyon by day and Sedona by night

It was a genuine privilege to tour the Grand Canyon in the luxurious and comfortable Bentley Continental GT V8. The sight of the canyon is majestic, and we made frequent stops along the southern rim to view it at leisure. We arrived at the popular Grandview lookout point and pulled into the lot. We spent some time at the edge taking pictures and chatting. Upon returning to the car, I watched from afar as many men, and women too, gazed at the car and then flock to its flanks for a closer look and to peer through the windows – a definite spectacle.

On the return, we drove our modern marvel to a gourmet lunch in a yurt at the base of Humphrey’s peak, followed by a night at L’Aubere de Sedona – a lodge and private cabins in Sedona valley of fire red rock and mystical vortexes. For sure, the babbling brook just outside the room, the crackling in-room fireplace, and luxury linens all contributed to a good night’s sleep. But it was most probably thoughts of that that candy apple red, sweet little cherry of a car parked just outside, that made me nod off with the delight. 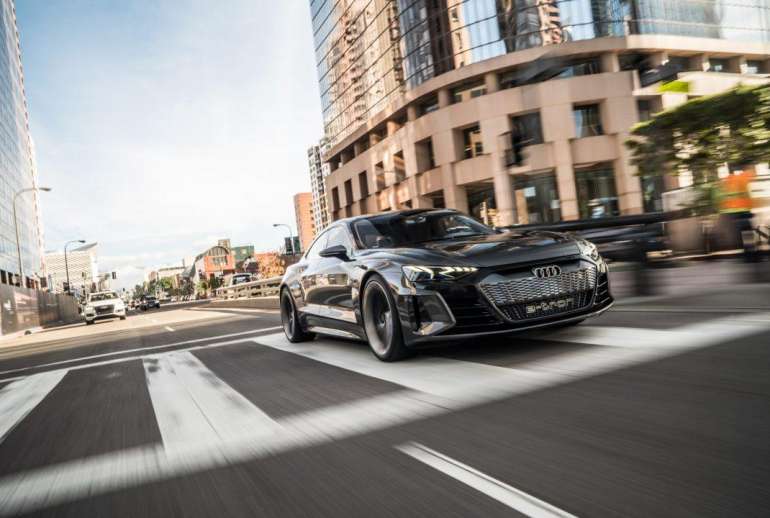 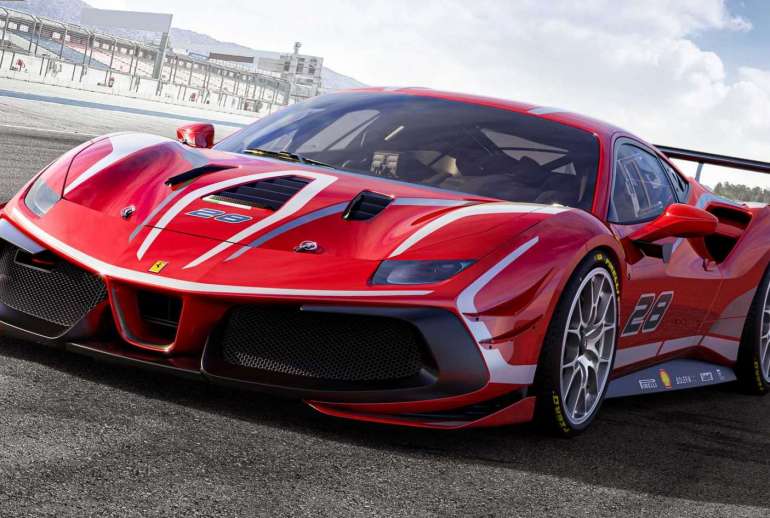