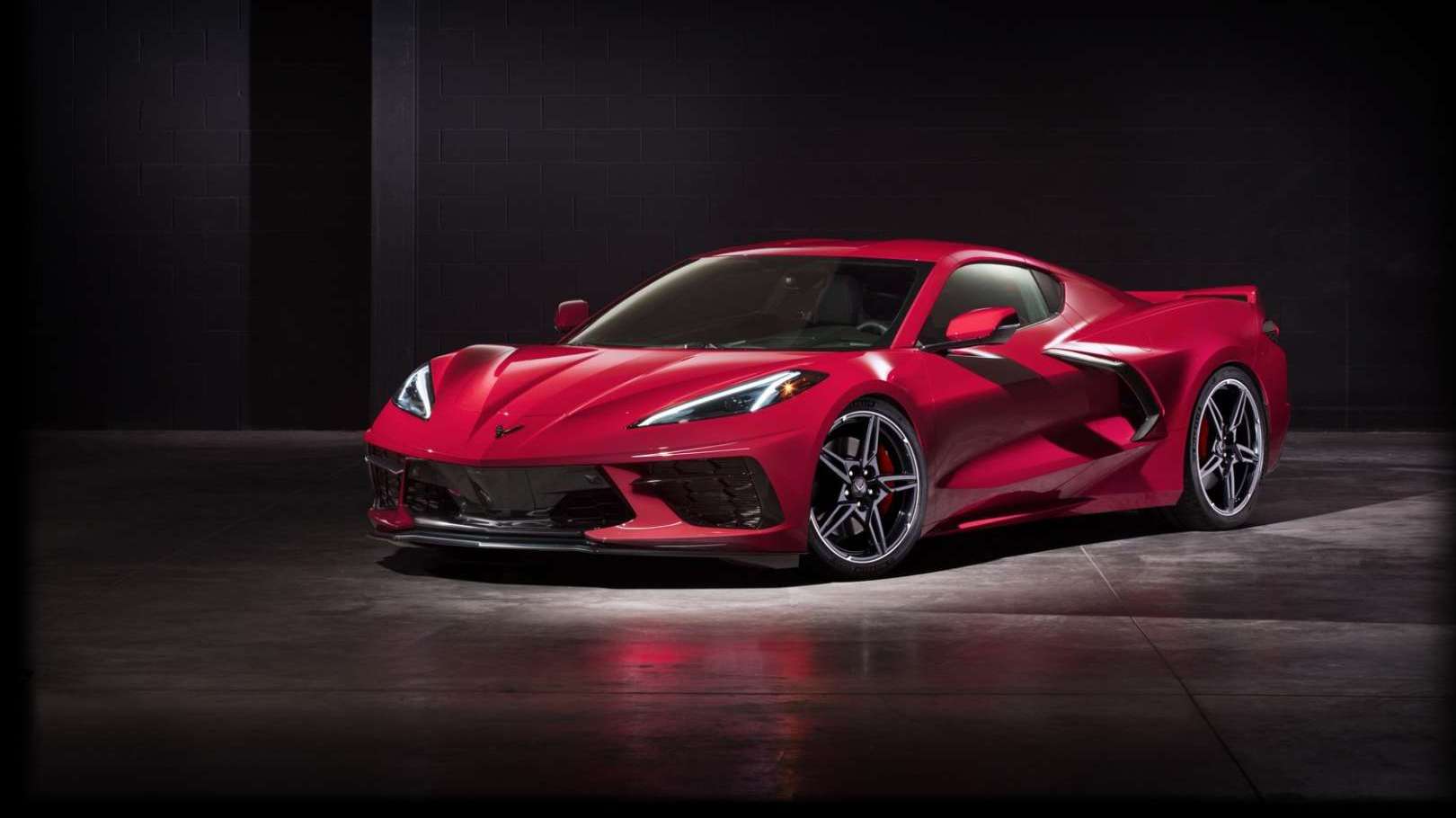 After years of waiting and teasing, Chevrolet finally revealed the all-new C8 Corvette. With a new mid-mounted V8 and 8-speed dual-clutch transmission, the new Chevy Corvette C8 is the fastest and most powerful entry-level Corvette in history.

While it’s true the C8 Corvette is the first Corvette in history to come with a mid-mounted V8 motor, it’s not the first GM vehicle to come with an engine in the rear. That credit goes to the Chevrolet Corvair. Manufactured from 1960 to 1969, the Corvair had an air-cooled mid-mounted flat-six. The car was magnificent, but the rear-biased weight distribution also meant it handled like a washing machine on roller skates.

Next came the Pontiac Fiero in 1983. General Motors sold more than 130,000 units of the Fiero in its first year of production. However, problems started cropping up soon after. The engine had a tendency to blow up and catch fire.

Twelve years later, GM’s European Opel division released the Opel Speedster. Produced from 2001 to 2005, the Speedster had all the elements of a fast and sharp-handling two-seater coupe. Sadly, it wasn’t a commercial success.

After many trials and errors, GM wants to try again with the 2020 Chevrolet Corvette C8. And this time, they want to make it perfect the first time around. GM engineers spent millions of real-world driving miles in testing the prototype C8 Corvette. This includes being stuck in endless traffic jams and driving in all weather conditions.

It has a naturally-aspirated V8 motor

The 2020 Chevrolet C8 Corvette Stingray is powered by a V8 LT2 motor with 6.2-liters of displacement. It churns out 495-horsepower and 470 pound-feet of torque, effectively making the C8 Corvette the most powerful entry-level Corvette in the history of the marque.

The engine is bolted directly behind the cabin for a mid-mounted layout. In fact, the C8 has a lower center of gravity since the engine crankshaft centerline is located an inch lower than in the previous-gen C7 Corvette.

The new C8 Stingray is also the quickest and sprightliest Corvette ever. When equipped with the optional Z51 Performance Package, the car accelerates from 0 to 60 mph in less than three seconds. We’re talking about supercar numbers in what is conceived to be America’s best sports car. Interestingly enough, the new C8 is almost as fast as the C7 ZR1 Corvette with a 755-horsepower motor. This speaks highly on the capabilities of the mid-mounted Corvette C8.

But in truth, the 8-speed dual-clutch unit is partly responsible why the new C8 Corvette accelerates like a supercar. It has a super-low first gear ratio along with close rations between the second and sixth gear to offer the pull of a freight train.

Manually changing gears using the paddle shifters offer a more direct and responsive feel. The reason for this is engineering: the paddle shifters are wired directly to the transmission. You probably heard of this before in the McLaren Senna. This allows the transmission to offer maximum responsiveness when it matters the most. And if you pull both paddles at the same time, the clutches will disengage. This means you can rev the motor to impunity at the next set of stoplights.

The new Corvette Stingray is the biggest and widest Corvette ever

When you really think about it, the Chevrolet Corvette hasn’t grown much over the years in terms of exterior dimensions. But the new 2020 Chevy Corvette C8 wants to change all that. The car is now the biggest and widest Corvette to enter production. Unfortunately, it also happens to the heaviest Corvette at 3,366 lb. (1,526.7 kg).

The new C8 Corvette is longer at 182.3-inches and wider at 76.1-inches than the previous-gen C7. It also has a longer 107.2-inches wheelbase than its predecessor.

It has the style of a supercar

It pretty much looks like the evolution of the C7 Corvette when viewed from the front. The powerful hood creases and familiar headlights are here to stay. It’s the same deal in the rear with those prominent round taillight design.

In other words, the C8 is unmistakably a Corvette. But this time around, the car-rearward design of the C7 is gone to make way for a mid-ship design. The most prominent feature is the massive air intakes located next to the doors.

However, am I the only one who thinks the new C8 Corvette is reminiscent of the styling in the Ferrari 360 Modena?

Chevy wanted the new Corvette C8 to be the complete package. It doesn’t only need to be fast and quick off the line, but it needs to go around corners like a proper supercar. With that in mind, there is no way that leaf springs will flex under the low chassis and body of the C8 Corvette. So GM did the next best thing: they threw away the leaf springs in favor of coilover springs and monotube shock absorbers.

Also available in the new Corvette C8 is Magnetic Ride control 4.0, a system that utilizes magnetorheological dampers that offers a faster response and better handling.

And even though the C8 is fitted with stiffer spring rates, it is purported to have a more comfortable ride than the C7 Corvette. Part of this has something to do with the location of the seats, which are closer to the vehicle’s center of gravity. In the old C7 Corvette, the seats are almost resting over the stiff rear axle which results in a wooden ride.

The C8 also comes with a lifting front suspension that raises the nose by 40mm to clear speed bumps. This system is good for speeds up to 24 mph. In fact, it is programmed to lift the nose automatically in accordance with 1,000 locations identified by the standard GPS system.

The C8 Corvette is riding on 19-inch wheels in the front and bigger 20-inch rollers in the rear. The wheels are wrapped in Michelin Pilot Sport 4S tires.

There’s also a Z button in the steering wheel. This setting pays homage to performance-oriented Corvettes carrying the Z badge, specifically the Z51, Z06, and ZR1.

The C8 Corvette Stingray has a removable hardtop roof

The mid-engine layout is practically screaming Italian, but the new Chevy Corvette C8 is still pretty much an all-American car. With that beings said, it’s good to know it comes with a Targa-style removable roof panel which fits neatly in the rear trunk.

Yes, since the C8 Corvette has the engine mounted essentially in the middle, the back is roomy enough for a proper trunk. With no engine in the front, you also have storage space under the hood, which is large enough for a small overnight bag. Who knew the fastest and most powerful Corvette is also the most practical?

Chevrolet has a lot of future plans for the new Corvette C8. The car will also be offered as a true convertible with a folding roof, and there are rumors circulating a hybrid-powered C8 Corvette is already in the pipelines. Production of the C8 Corvette starts later this year at the Bowling Green Assembly plant. 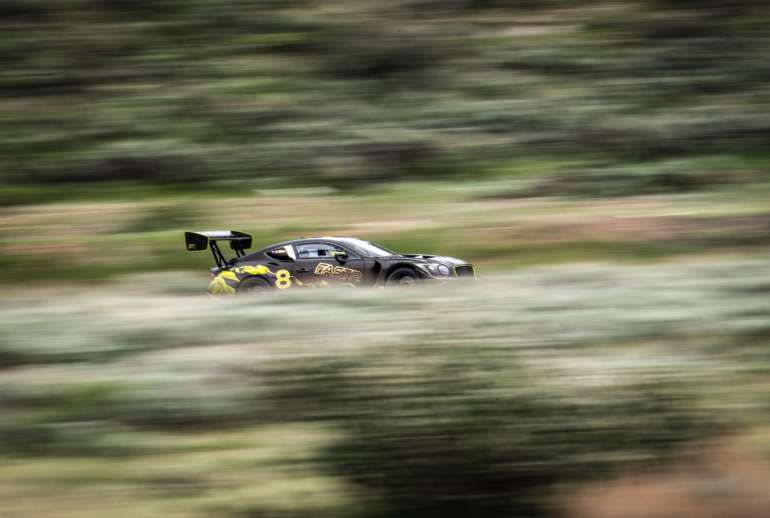 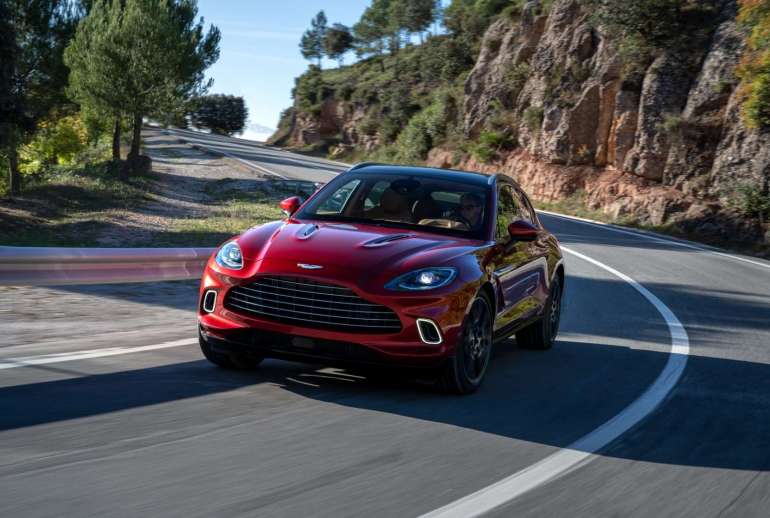