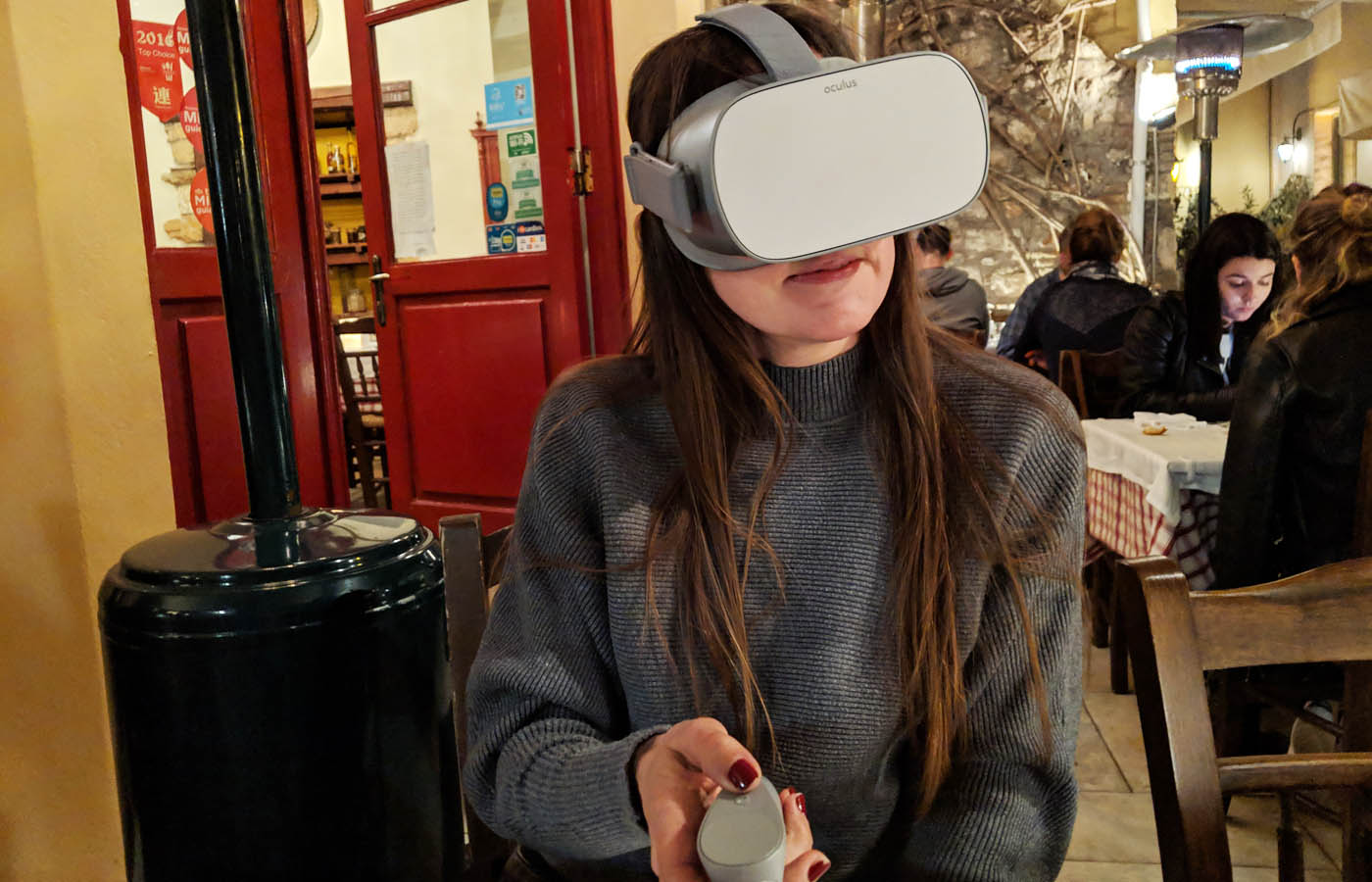 Making an acquaintance with the Vuze product line

Just because I was sitting at a table covered with plates of delicious mezzedes near the bottom of the thousands-year-old Acropolis in Athens, Greece wearing an Oculus VR headset doesn’t mean I advocate bringing VR peripherals to a dinner setting. But it was a special occasion and chance to get acquainted with the Vuze camera line.

A friend of mine was visiting with his wife from San Francisco. He was of Greek origin and toying with the idea of moving back to his country of origin. They had just returned from a trip to his family’s small village in the northern part of the country and brought back footage for me to see. It was taken with the Vuze – 3D 360° 4K VR camera.

Whirling around in a 360 degree range of motion in my seat (since I didn’t yet know how to grab and drag the image inside the VR headset), his relatives were all around me joyously performing the famous circle dance. The images were low-quality but the experience was still thrilling and firsthand-like, albeit a faux VR one.

A smile crept across my face as I got swept up in virtual reality and momentarily forgot where I was. I imagined the possibilities and potential of this camera and pretty much wanted one immediately – all the while accepting that the technology isn’t yet perfect.

Needless to say that when I finally got my hands the Vuze XR camera with 5.7k VR180 + 360 for testing, I was thrilled to the hilt. I couldn’t stop thinking of all the beautiful places I had been or could go with the ability to revisit those moments in life-like fashion with a Vuze camera.

The Vuze XR camera seems promising because of its small size, portability, and performance. It also happens to rank near the top resolution among the current VR180 cameras in the market. The Vuze XR is priced around $485 USD while the Vuze – 3D 360 camera starts around $600 USD.

Vuze XR – what’s inside the box?

Neatly nestled inside a box is the camera, hand strap, USB cable, carrying case and instructional leaflet. Also included in your purchase, is a Sandisk 64G U3 SD card.

The camera’s interface is really quite simple and easy to use with four small buttons: ‘power’ and ‘mode switch’ share a button (and toggles between the two modes with a short and long press), a connect to Wi-Fi button, and a start/stop one. Softly glowing light indicators on the side of the camera keep you current on the shooting state: still, video or broadcast.

The Vuze XR camera has is well engineered with an innovative design. The body of the camera is weighty and has a good and solid feel. You don’t want any of your cameras aspiring to a life of backpack bounce, but the Vuze XR actually seems like it could handle some serious jiggle during a jiffy jaunt out in the field.

What’s unique about the Vuze XR camera with 5.7k VR180 + 360 is the versatility it offers. It can capture an experience in two different ways … which brings us to the last button that we have yet to discuss. We’ll refer to it as the magic button and with one quick press flips the camera open. Thus, users have the option between a 360° monoscopic setting and a 180° stereoscopic one. The difference in ‘scopic’ settings being the number of inputs per viewpoint (one versus two).

So what about the Vuze XR results?

The Vuze XR is not an action camera, I repeat, not an action camera. When watching, you will feel the bumps and jarring movement if recording hand-held and on the move. So don’t expect smooth OIS sailing in this department. I tested out the 2D and 3D video options while sailing on a catamaran. Let’s just say that I could feel the windy day and choppy waters.

The Vuze XR could use better optical image stabilization. Any movement combined with the lack of sufficient OIS might set the dial of your stomach to sour upon playback in your VR headset. I became nauseous during the review inside my Google Daydream VR headset in a matter of minutes. I had to get out the door of my apartment and into cold blowing wind fast to reset my equilibrium – but let’s give your stomach the benefit of the doubt with regard to how much bumpy VR it can handle.

Color and saturation on the Vuze VR are vibrant and within the range of acceptable. Better levels of natural light enhanced the quality of an image with better defined detail in the foreground. The camera tends towards overexposure, a degree of pixilation, and has more blur in the mid-ground and background.

There’s a significant amount of distortion that is especially present in both the 2D and 3D still shots – as objects are closer, further, larger and smaller than they appear. With all of that being said, however, the Vuze XR performs surprisingly well in low light and exhibits little expression of noise.

All in all, the best captures taken from the Vuze XR was when shooting from a fixed position on a tripod for all modes: 2D 180°, 3D 360° or live, for both video and still shots.

The Battery life on the Vuze XR is limited at around three hours. So if you’re planning an extended hike, trip, or what have you, be sure to pack an external battery pack for juicing on the go.

There’s also the Vuze XR studio software and app available for download for additional processing of your content.

The VR tsunami is heading towards the shore no matter what. While the image quality of the Vuze XR is a mixed bag, so is almost every other camera in the same segment and price range. The silver lining though is having the capability to record a memory or experience in VR – creating an impression that’s beyond traditional photography.

Personally, I found the immersive scenes to be neat and enchanting. I enjoy having the camera as part of the arsenal of photography. Perhaps too because it induced nostalgia for those old stereoscopic viewfinders from childhood.

The Vuze XR camera with 5.7k VR180 + 360 is a cool piece tech that I’d rather own than not own. Of course, I fantasize about capturing exotic iceberg scenes like seen in the beginning of the surf documentary “Under an Arctic Sky”, by American photographer Chris Burkard. But, the Vuze XR might be the best option you can get for $500 – which is not cheap. You’ll have to make the final judgement call about whether you can live with or without Vuze XR fun.

I would definitely consider buying this product as an early adopter or for content creators who want to get out in front of the possibilities for VR photography and videography. 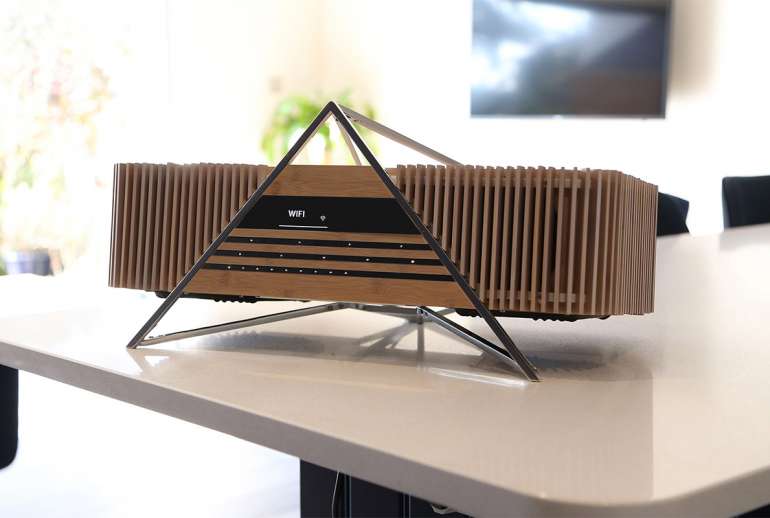 Aurora Smart Music System by iFi is inspired by Japan 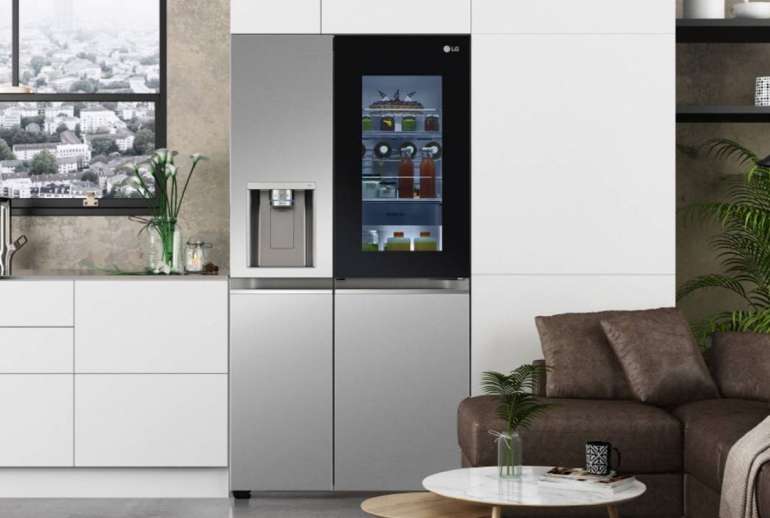 Refrigerator trends out of South Korea setting the tone for 2021