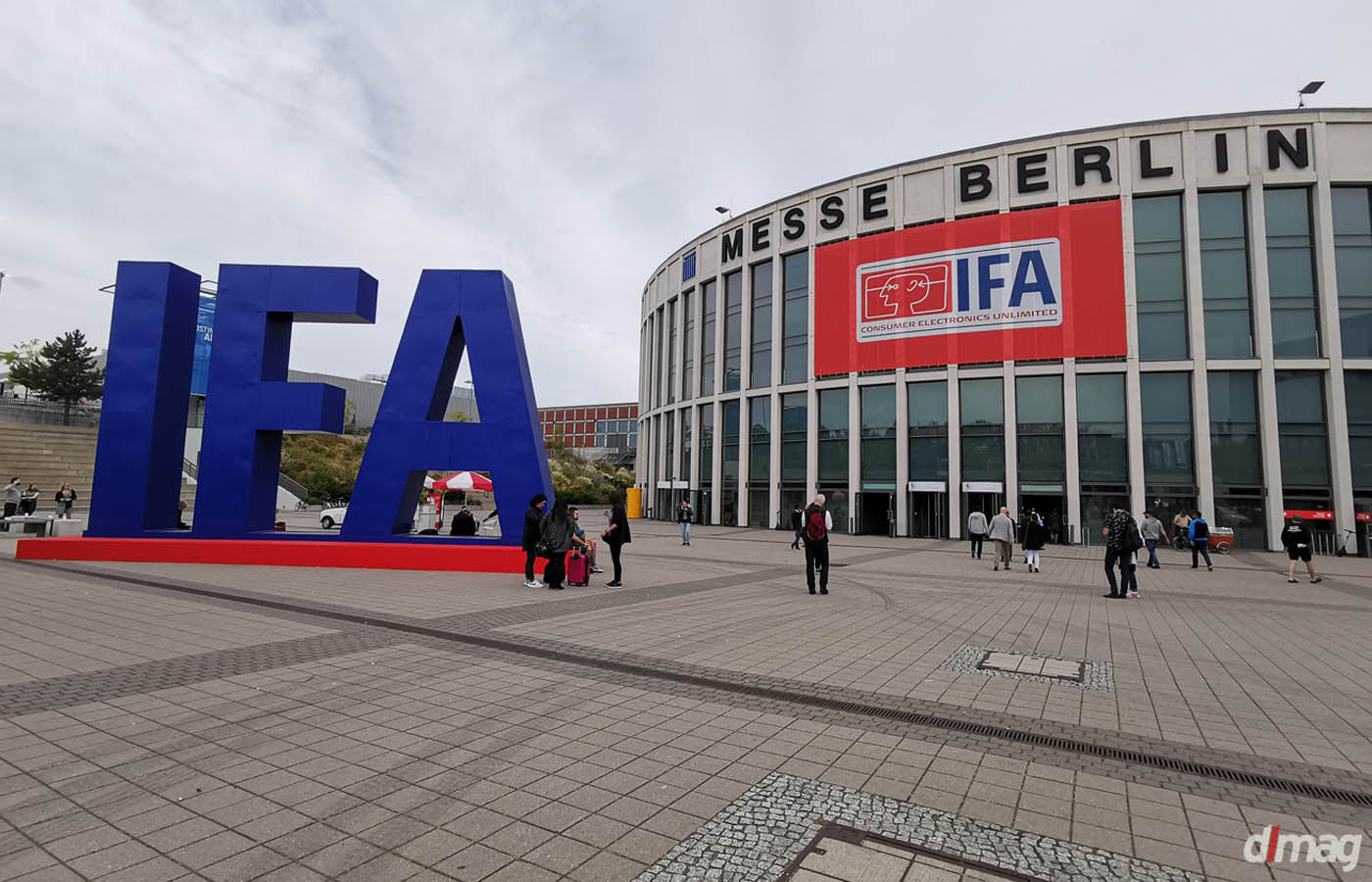 IFA Berlin is one of the world’s largest consumer electronics and appliances trade show. The beginning of the show starts with industry analysts, experts, and commercial buyers, but afterwards, anyone can buy tickets to attend the show. It is a fantastic opportunity to see the latest trends in technology and cutting-edge products.

Perhaps, you want to hunt for something cool to buy or gathering ideas for taking purchasable action. This IFA 2019 show is a display that indicates the advancing connectivity of a home ready to take advantage of 5G’s lightning fast connectivity. And we also saw a fixation with the word bespoke – something that’s usually reserved for high end and luxury products. There were many other new and fun products on display as options for health, entertainment, and lifestyle.

If you haven’t heard of IFA before, now, is the perfect time to brush up on it. IFA actually stands for the German phrase (Achtung! It looks long and intimidating) …  Internationale Funkausstellung Berlin, but actually means ‘Berlin Radio Show’ – the translation is definitely cute and short enough. IFA has been running with regularity since 1924, that makes this trade show, one of the oldest industrial exhibitions in Germany. Historically, since its roots lie in radio, things like radio receivers, gramophones, the first audio recording systems and TV sets were traditionally shown.

Today, IFA continues to grow in reputation and gain popularity. It has come to dominate Europe as the most important and largest trade show and is also one of the largest consumer electronics and home appliances show in the world. Most people in the industry consider getting to both CES in Las Vegas and IFA in Berlin a must. Although, many people in and around the Euro zone prefer to go to the IFA events over CES if they must choose one of the two.

One of the great things about attending IFA is that it’s a chance to see a great number of products in advance that companies plan to roll out to the public (although many of them are available for purchase at the show itself – which will make you an early adopter and trendsetter). Everything is conveniently housed under the roof of the Messe Berlin center. The Messe Berlin is a rather massive structure, so whatever you do, plan to have at least one entire day to dedicate to the show.

Don’t be intimidated, as there’s the IFA app that you can download in advance to orient yourself with the venue and exhibitors. It also provides live tracking for efficient movement so that you know where you are at all times and don’t get lost – which would be easy to do otherwise. It serves essentially as an electronic catalogue so that you can browse all the products in advance, and even bookmark what are your primary interests in seeing at the show: it’s very well organized and the IFA app is available for both Apple and Android.

Take your time and don’t rush

Not only is it advised to have time to spare, but it’s also best to walk around the grounds at a leisurely pace, to take it all in stride. The advantage of browsing everything under one roof is that it makes it easy to compare and contrast the items: pick it up for feel and to handle it first-hand. In the end, it’s an investment of going to the show can help you, or your readers and buyers determine how to spend hard-earned dollars.

And if you’re feeling lazy, well then there’s always the option of signing up for a special guided tour that hits all the best tech highlights. Seems like you cannot go wrong with this option that takes all the planning and guess work out of a visit to IFA Berlin. It is also worth noting that the organization accepts school children groups and offers special trips for seniors, those with disabilities and visitors who are hearing or visually impaired.

The camera features a cool retro styled body with a Micro SD card slot that makes it easy to get the perfect shot before hitting the print button. The great 10-mexapixel prints with a size of 3.51 x 4.25-inches pop out along with other really cool features will ensure that you keep you smiling.

Shure has been in the business of professional sound since 1925 and is a leading global manufacturer of high performance and quality audio equipment. It was a delight to see that the company come out with its latest audio and video recording kit, the Shure MV88+ that’s geared towards professional vloggers, filmmakers, musicians, and podcasters.

The kit includes a Manfrotto Pixi tripod, phone clamp and mount, and cables for both iOS and USB-C for PC and Mac devices. All you need to do is add your phone to start capturing content. The set-up is an all-metal construction that is lightweight and small enough to transport anywhere. The company’s philosophy is that you cannot have good content with bad sound – making this a great choice for creative entrepreneurs on the go.

The Lenovo Mirage AR was announced two years ago at IFA Berlin, but Lenovo has come out with its newest edition to the headset, the Marvel Dimension of Heroes Game. This newest IP is from Disney and new to the game are the two new controllers that are adaptable to different characters.

You can play one of six characters in Marvel Dimension of Heroes allows in three different modes: choose to protect the universe from the evil Dormammu as a single player, in a co-op game to fight against the enemy, or using survival mode. The AR is achieved through the combination of light sensors, triangulation and accelerometers. The controllers slide onto your hands and are comfortable and intuitive to use. The game’s versatility and replay ability make this a fun AR entertainment choice.

A really noticeable exhibitor at the IFA 2019 Berlin show was Samsung. One of the eye-catching new products the company is offering is the Bespoke Refrigerator. Bespoke products are usually reserved for high end luxury products, but Samsung is giving consumers the option to highly customize consumables.

The refrigerators are built to what Samsung calls “Kitchen fit”. Essentially, your refrigerator will have a seamless look with a flush integration with other kitchen furniture, and will thereby, blend into the surroundings for a more harmonious interior design and feel. Also, in this way, doors can open ninety degrees without the worry of hitting the walls or other nearby objects.

I must say, the refrigerators can be made to look as serious, as silly, or as fun as you want them to. You can choose between nine different finishes and colors. But if one color doesn’t suit your taste, you can mix and match as much as you’d like.

If you’re into eating healthy and love to juice fruits and vegetables, then this is great juicer to own. What’s exceptional about this juicer is the large feed inlet that is wide enough to drop a whole fruit in, be it an entire apple, oranges, pairs … there’s no need to waste your time preparing fruit in small slices prior to juicing. The juicer is relatively small and compact and will easily fit on countertops in homes or in smaller spaces, say like in a van for Van Lifers, or for those who live in tiny homes.

The juicer grinds the food at a very low-speed and produces almost no heat thereby protecting a high level of nutrients during the juice extraction process. They were using the machine and giving attendees samples of apple and kiwi juice. I was amazed at the amount of juice extracted from one small Mcintosh apple, about 6 ounces worth. And the machine is not very messy and easy to clean as the pulp is expelled in a very dry and compact form.

I don’t know a single person who owns a Mavic Pro and isn’t enamored by it. It was exciting to finally see the new iteration of this image capturing game changer in the flesh. The Mavic 2 Pro features omnidirectional obstacle sending, four different hyper lapse modes, a Hasselblad camera with 1” CMOS sensor, 4K video, and 20 MP stills.

You won’t need to rush through getting the images you want since the new Mavic 2 Pro has the ability to stay in the air up to 31 minutes and with a top speed of 72 kph to boot. It also allows you up to 8 kilometers of transmission range at a 1080p live view.

Marley produces a range of sound related products from headphones to earbuds and wireless turntables, but with a pleasant twist – many of their products are crafted with sustainable and recycled materials and organic fabrics. This fact makes them part art, part furniture, part performance, and all very pleasing to look at.

The wireless turntable is seriously eco-friendly with well-sourced bamboo and should be a hit for those who love their tunes, like to get active outdoors, and care about the environment. An added bonus about Marley items is that the overall design is high and will upscale a space or home in an aesthetically pleasing way. 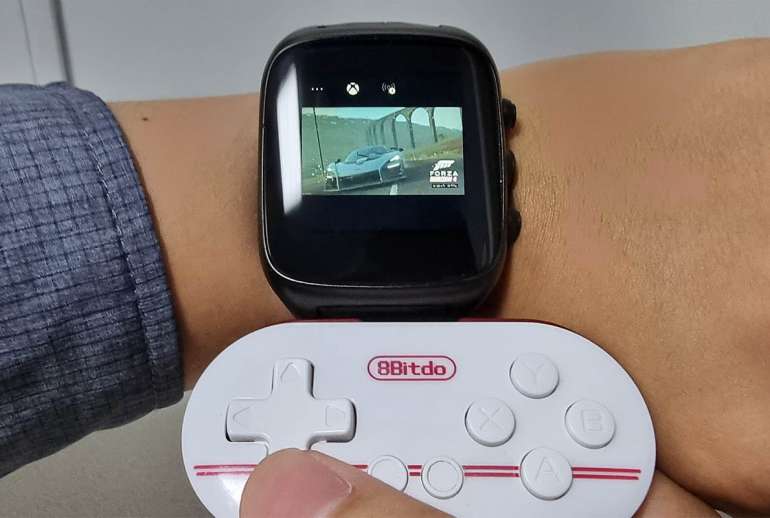 Xbox Cloud game played on a smartwatch is so 2021 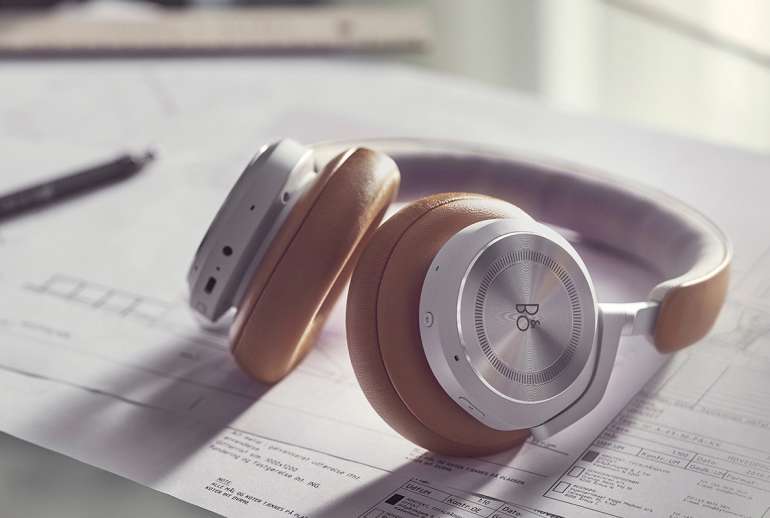