Olive oil and a tale of two single-origin cultivars 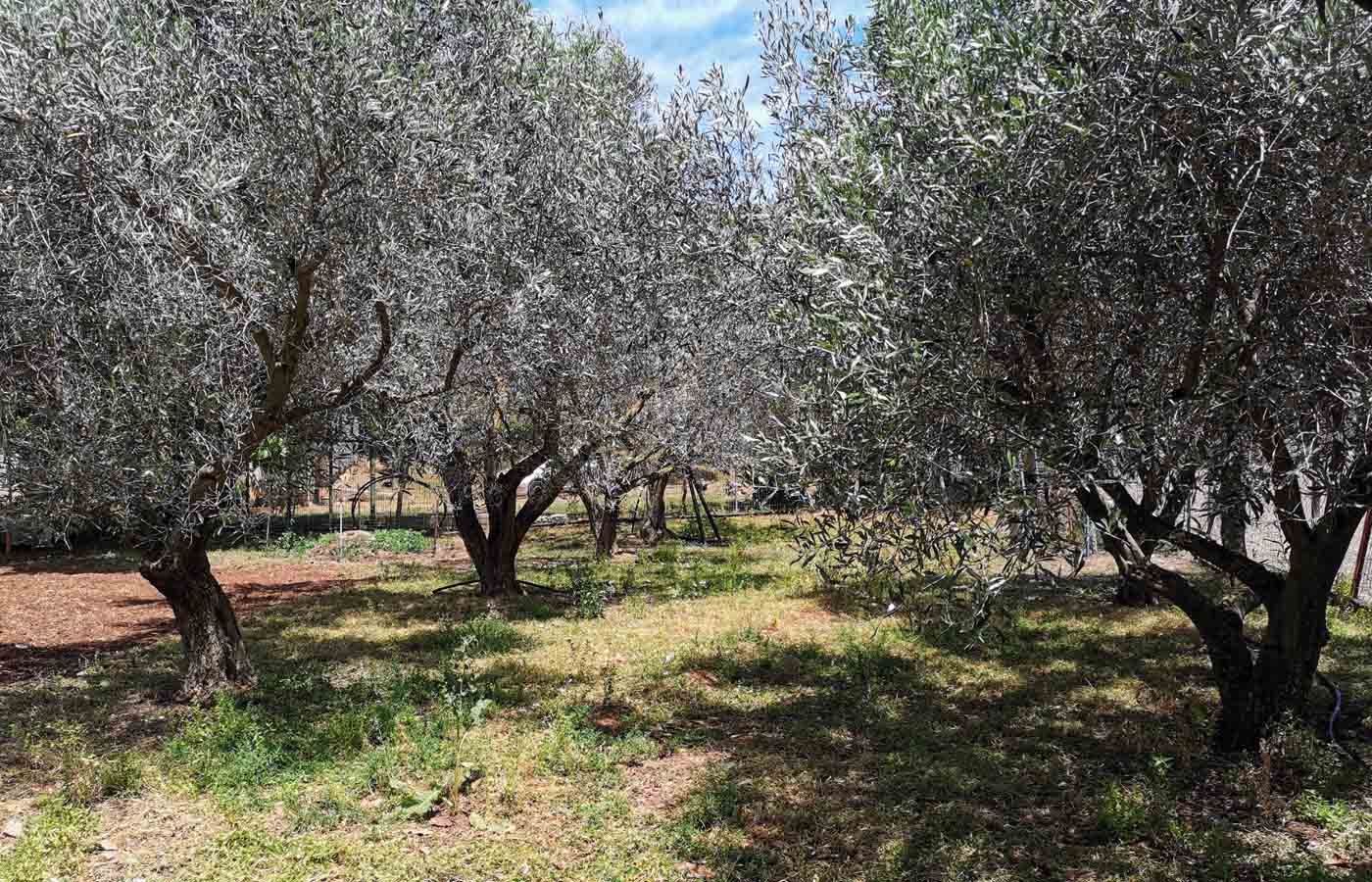 Hundreds of varieties of olives exist with most of the world’s 800 million trees growing throughout the Mediterranean. In fact, olives are one of the core Mediterranean crops, along with wheat and grapes that form the basis of one of the world’s healthiest cuisines – also considered to be a hotspot for the famous Blue Zones (regions where people seem to live longer on average than others).

As far as we know, olive trees have been growing since around 7,000 BC. Today, Spain and Italy are the two countries that produce the most olive oil in the world, followed closely by Greece. However, it’s the Greeks who have the highest consumption of olive oil in the world. To give you an example, a typical Greek family of four will consume up to 180 liters of olive oil per year! Imagine with a comparison for those residing in the US individuals consume an average of 1.1 liters per year. In the states, we have a tendency to use the liquid gold sparingly because it’s expensive, by the teaspoon. On the other hand, the Greeks literally pour the stuff all over their food.

As word spreads and the amazing health benefits of olive oil are lauded, overall consumption is rising. It’s a true elixir of life that provides high levels of nutrients, antioxidants, good fats, memory-enhancing properties, and is inflammation-reducing and anti-cancer.

Olive oil is a liquid obtained from pressing the olive fruit, technically a drupe or stone fruit. Once the oil is extracted, it can be used in everything from cooking to cosmetics. Dress a plain baked potato with a high quality olive oil and I guarantee the taste will skyrocket tenfold. That’s not even to mention that adding olive oil to vegetables increases the bioavailability of nutrients to the body. Or, better yet, smear in on your skin for a luxurious moisturizing treatment. Olive oil is truly one of the natural food wonders of the world.

Not all olive oils are created equal

But there’s a problem. The olive oil industry can be highly unregulated and it’s not always clear where the olive oil you buy comes from. In fact, according to an article by Forbes Magazine, it’s come to light that over the last few years up to 80% of the olive oil being sold on US supermarket shelves is adulterated and fraudulent. All too often that bottle of ‘Spanish’ or ‘Italian’ oil actually a blend: mixed or diluted. Thus, it’s difficult for US consumers to know what exactly they are getting.

It’s high time to start developing a relationship with the families who work hard and make every effort to get the real stuff to your table. They want you to enjoy the same oil that their family has been using and benefitting from for centuries.

A way of life and love for the land

I recently had the opportunity to visit the Mazaraki Olive Family Estate – an olive farm located in Central Greece near the town of Thiva. I was invited to learn about different olive cultivars and to see the trees first-hand, in situ. Two families have decided to come together in collaboration with a company called Pure Evoo (stands for pure extra virgin olive oil) in order to export some of the most pure and unadulterated olive oil on the planet to select markets outside of Greece.

The Tsarouhas family has been growing and caring for over a thousand olive trees at the Mazaraki Estate for nearly five generations now. They grow the Megaritiko variety (a heartier varietal adapted to colder climates, grown for both olive oil and table olives). While the estate in the south is owned by the Panagoulias family and is located in the Peloponnese region of Greece. The Panagoulias family grows the Koroneiki cultivar, commonly referred to as the Kalamata olive (this varietal needs a slightly warmer climate and is used primarily for oil).

I arrive early in the morning and am greeted by the youngest generation of the Tsarouhas family, Christos, who will be guiding me on my farm tour. The sun had just crested the nearby hill and with the farm animals just waking up, I kid you not, it felt like I was like I had stepped into a veritable garden of Eden. My sun-kissed face ogled as I was surrounded by lush and plush plants from date palms to roses. And, in addition to all of the olive trees, a sizeable vineyard was visible and many other types of trees present: olives, figs, walnuts, almonds, apples, pears, loquats, quince, pomegranates, plum trees and more.

The place has a certain quality and ethos about it: everything is well maintained and you can feel the dedication and love the family has bestowed upon the plants and animals lucky enough to call this home.

Plump clucking chickens where being herded about by incredibly handsome roosters who were strutting with pride. All running around the base of trees and through the garden in a perfectly symbiotic and permaculture-like fashion – providing rich fertilization for the plants and soil. Christos and I collect a number of fresh eggs from the coop for a quick breakfast inside the traditional kitchen and farm house. The eggs were delectable and creamy with the most golden yokes I had ever seen. With dozens of geese and sheep providing a natural soundtrack, and over a Greek coffee, Christos starts to explain the olive farm to me and about Pure Evoo.

The Mazaraki Estate is nestled in a mythologically (and seismically, mind you) active zone ­– tucked away like a hidden gem in a low basin between two high hills with rocky outcroppings, at the base of the mountain ‘Sphinx’.

In ancient times, the mountain here was considered the lair of the legendary Sphinx – a mythical creature depicted with the body of a lion, human head and wings. The Sphinx would demand an answer to a riddle from all those who wanting to pass by. Eventually, it was Oedipus who gave the right answer and defeated the beast. The shape of the mountain really does look like a resting Sphinx – you don’t even have to squint the eyes to imagine it.

In general, the olives ripen and are ready for harvest around the beginning of November. The entire family is needed – all hands on deck – as everything is handpicked and the first cold-pressing is made within hours. It can take the family around a month to finish the entire process – and that’s working in the fields from morning until the evening. Christos kindly demonstrates how they use hand rakes to gently coax the ripe fruit from the branches. The olives fall into nets spread out on the ground below the trees. And from there are taken to the stone mill nearby. Depending on how many people are working on the tree at once, a single tree can take up to an hour to strip the fruit.

The olive oil produced by Pure Evoo is special for a number of reasons. First off, nothing is sprayed and the area is clean, pure, and organic; no herbicides or pesticides are used. Both Megaritiko and Koroneiki varieties of olive oil are unfiltered and single origin – as high an art form as any fine wine out there. The major difference being of course that olive oil doesn’t benefit from aging; it lasts for around 18 months before the oil goes rancid. Single estate olive oils are a rather rare thing and it is also one of the reasons I’m so very excited to taste it.

Once the harvest is completed, the olive oil is shipped to New York where it undergoes testing for standards by Olive Oil Test. Once the quality and results have been confirmed the oil is filled into unique dark amber UV filtering glass bottles (270ml and 500ml). The opaque bottles are important because they do the best job at keeping the integrity and quality of the olive oil in tact during storage and throughout its use. Each bottle is stamped with the location, date of harvest, and laboratory results so that you know exactly what product you are getting.

The only thing about super high quality olive oil is that production is limited. Once the product is sold out, it will remain so until the following harvest. Such is the nature this type of business – you must respect the nature to achieve the best product possible. Anybody up for a shot glass of olive oil? I am!

This fall dlmag will have a an exclusive visit to the Panagoulias Family Estate in the southern Peloponnese to bring you an up-close presentation of the olive oil production there in an ongoing series that will cover some of the most high quality and niche food products on the planet. 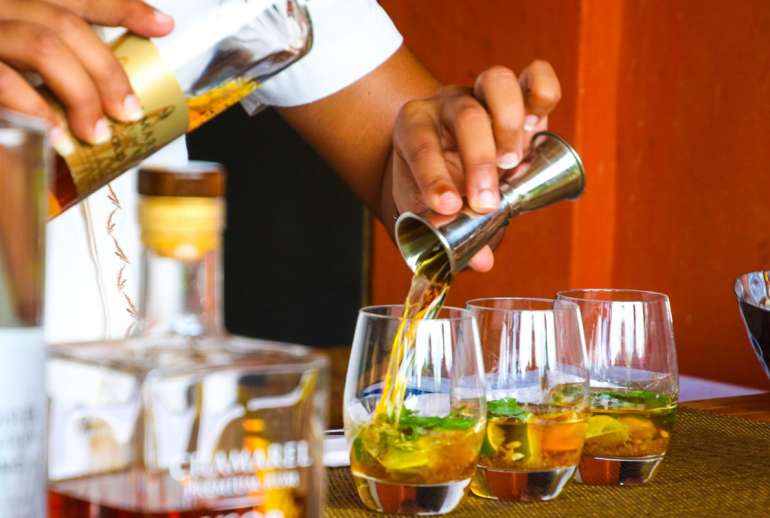 Gifting essentials for a cocktail enthusiast 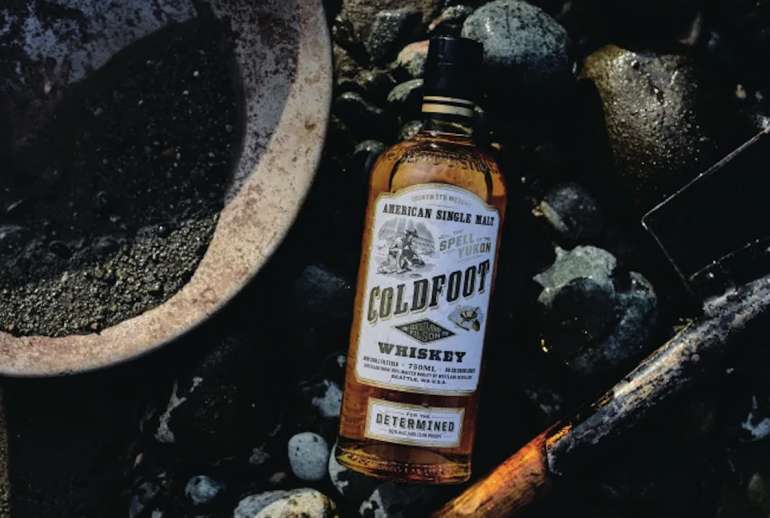