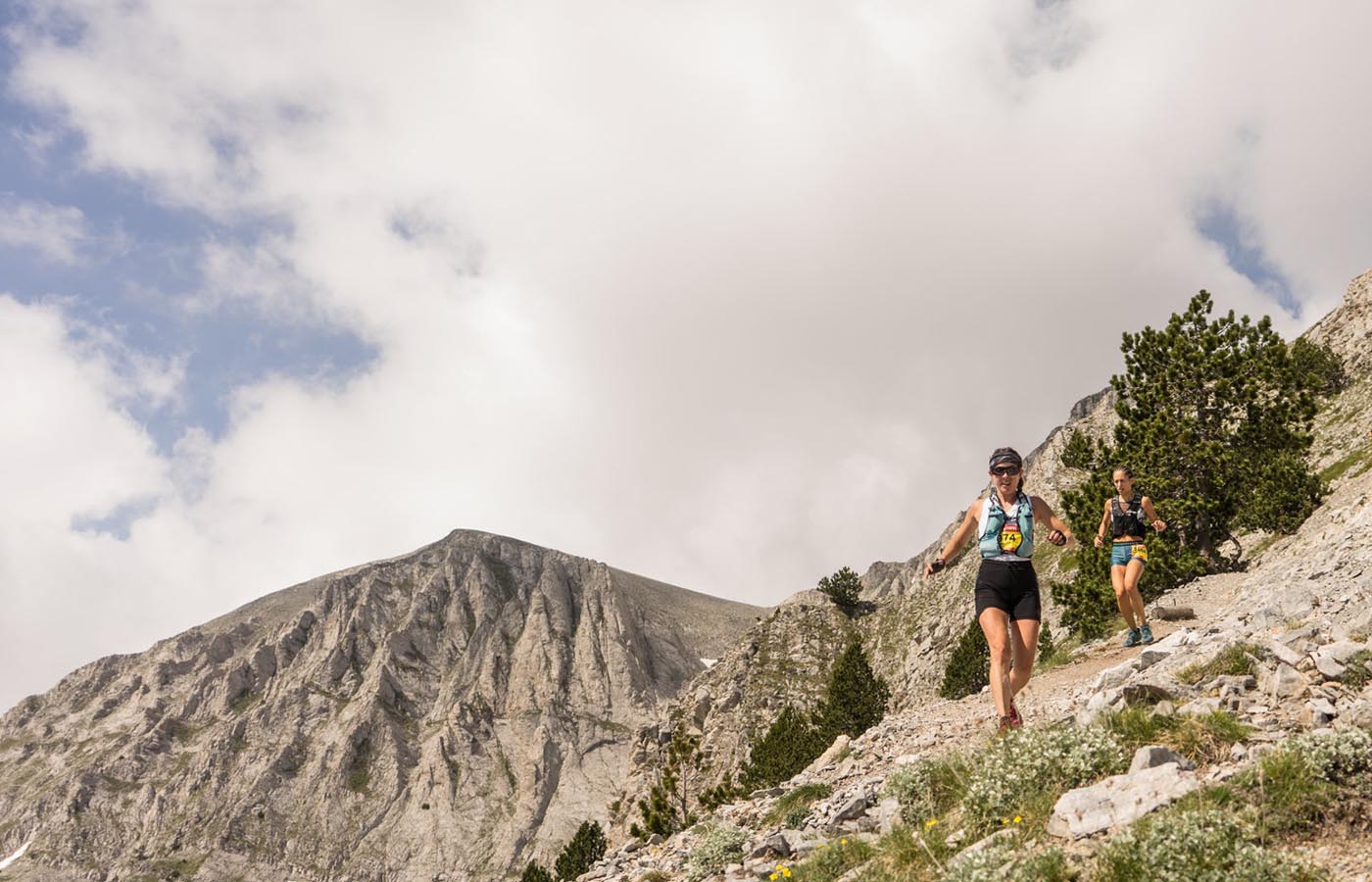 According to Wikipedia, Skyrunning is by definition “classified as the extreme sport of mountain running above 2,000 meters (6561 feet) where the incline exceeds 30% and the climbing difficulty does not exceed grade II.” You really are running high up in the skies and there are times when you’re at the tip tops of peaks that can’t go any higher without taking flight. All under the power of your own two feet: you’re literally running in places where the earth touches the sky. If it sounds fantastic, that’s because it is.

The aim of the skyrunning experience isn’t about going on a leisurely hike through the mountains. The races that form the skyrunning series are, in general, highly competitive mountain foot races that attract a number of the world’s elite athletes. To be sure, you don’t need to be as fast as the Spanish-born running phenom, Kilian Jornet, or the American trail running machine Jim Walmsley to enjoy these races. You can run them at a slower pace to enjoy the scenery and the comradery if you wish, but be aware that there are cut off times. Many of these races require you to have pre-qualifiers to boot.

Skyrunning races this year for example can range anywhere from 27km, 2,600 meters of ascent in Limone sul Garda, Italy to the Pirin Ultra Skyrace, Bulgaria at 66km, 4,400 meters of ascent. Then there are a whole host of ultras out of the series that you can test your mettle at if you’re feeling up to the task. There’s the Sky Running Federation website to visit for additional information.

At the very least, you need to be very fit to run these races and be able to finish. The courses are not for the faint of heart and test an athletes strength, endurance, natural talent, as well as psychological limits.

While the sport originally started in the European space it has gained a lot of traction in recent years around the world and in the United States. There are now famous races like the Western States 100, Hardrock Hundred Mile Endurance Run, Leadville Trail 100, and The Rut 50km among many others.

The thing you should know, however, before getting into it is that it’s highly addictive. The sport takes you straight into the heart of nature. Rugged places that are pulsing with nature’s rhythms. You take away an enormous amount of energy running through this gorgeous scenery that even though you may be in pain by the end, the experience leaves you begging for more. There’s nothing quite like it, running one of these races is a very special and unique experience, and each one has its own character and feel.

This past weekend, Olympus Marathon 2019 took place in Northern Greece – the seventh race in the Skyrunning series for 2019. Mount Olympus is the highest mountain in Greece at almost 10,000 feet and part of the Balkan range. The Olympus Marathon is a total of 44 km with 3200 meters of elevation gain. It was the first mountain race in the country to become recognized as an international event.

In ancient Greece, Mount Olympus was considered to be the home of the gods – a pantheon in the sky from where the gods would look down upon humanity and decide their fate each day. As legend goes, the Olympians had battled the Titans and won, and thus took residence at the mountain top. The highest point is known as Mytikas peak – a giant fin of rock that rises in a sweeping and dramatic fashion creating a natural-like amphitheater formation. The impressive fin is referred to as “The thrown of the Zeus”. Zeus being the god of sky and thunder, and ruler of all the gods of Greek mythology.

On Saturday, June 29, 2019 almost 700 athletes from more than 36 different countries made the pilgrimage to northern Greece to run this epic mountain race – and mingle with the summit-minded Greek gods of yore along the way. The route follows the pilgrimage that was made by the ancient Greeks every year in ascent to the apex of the mountain to honor and sacrifice to Zeus.

What’s neat about the iconic mountain is that it rises out of almost nowhere from the edge of the sea: and in fact the marathon goes from sea to summit.

From the village of Litochoro, where most people stay beforehand, athletes are up before 5 am and ready to board the shuttles for the fifteen minute ride to the nearby village of Dion – which is the official start of the Olympus Marathon. With an electricity and anticipation in the air, people line up at the start well before six o’clock in the morning, but it’s when elite athletes toe the line, that nerves and excitement really start to kick in.

The famous route starts with a bang as a race gun goes off at precisely 6:05 am. The course starts out over 5 kilometers of road before veering right onto a narrow and rocky dirt path. You must maintain concentration to push and keep an eye out for roots and rocks underfoot.

For basically the whole first half of the race, the path wends steeply up the mountain going through beautiful tall Baltic pine forests with stunning aerial views of the surroundings below. Folks, I’m sorry to say, but there are no flat or easy gradients to run here … it’s pretty much up, up, and away – and the percentage grade of the terrain is unforgiving if you’re not primed to pump hard uphill.

At the top you reach an expansive and gorgeous plateau like setting where you cross paths with the Kakkalos Mountain Refuge. If you can spare a few seconds here, it’s a good time to hydrate and stuff face before crossing the majestic throne of Zeus. After you have crossed the horizontal band of rock, a long and demanding descent of about 6 kilometers begins … you may have guessed it, but it’s very rocky and technical terrain with a heck of a lot of giant steps to boot – but don’t worry too much, it just makes things interesting!

Many people consider the last 15 kilometers of the race through Enipeas Canyon to be the most brutal and punishing due to accumulated fatigue and heat and humidity. You enter into a cathedral of forest, streams, and cataracts – but don’t let the beauty fool you. This last bit pushes mental strain with continuously undulating ups and downs.

If you’ve made it this far, at long last, you’ll finally arrive at a double parallel rock formation, “sτης πορτες” or “the gates” of Litochoro. With hope under your wings you finish the last 3 kilometers to the finish line (the remainder of which is by no means easy).

If you lead an active lifestyle or enjoy active vacations, then combining a race like the Olympus Marathon with a visit to the country is well worth your while. 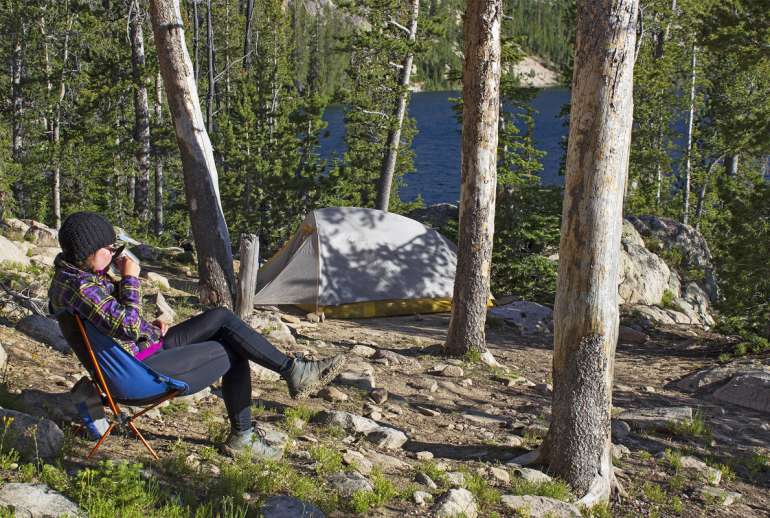 Best folding chairs for your next camping trip 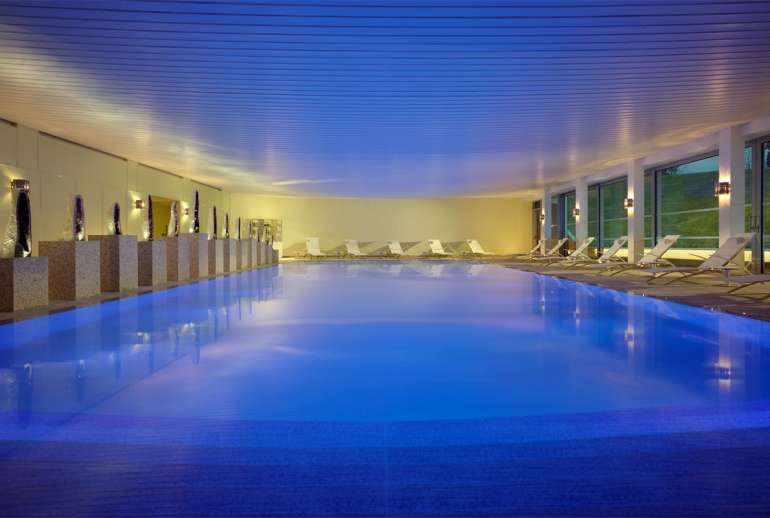