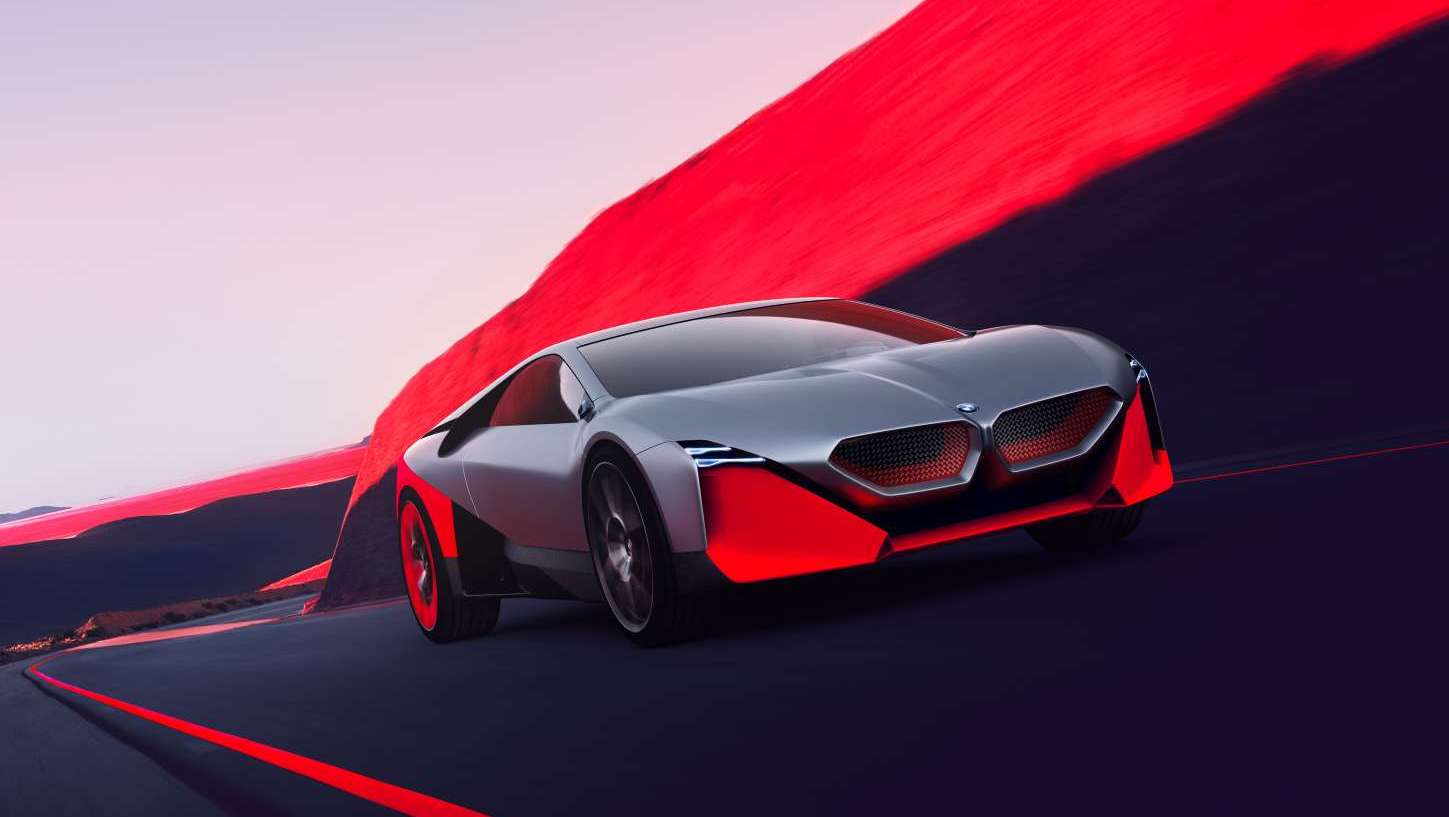 BMW recently unveiled the awe-inspiring Vision M NEXT concept car in Munich, Germany. The Vision M NEXT is basically a BMW sports car infused with a retro-cool wedge silhouette and the elements of a hyper-fast supercar.

“The BMW Vision M NEXT provides a glimpse into the future of sporty driving,” says Adrian van Hooydonk, Senior Vice President BMW Group Design. “The BMW Vision M NEXT demonstrates how state-of-the-art technology can also make the experience of driving yourself purer and more emotionally engaging.”

Here are some of the most appetizing tidbits about BMW’s Vision M NEXT concept sports car.

This means the Vision M NEXT is engineered to be driven by the driver or by a complex set of self-driving algorithms. I personally agree this direction is the most ideal for autonomous vehicles. The driver should have the choice between piloting the car and engaging in fully autonomous mode. In this way, the physical and emotional engagement with the vehicle is not lost in translation.

In order to do that, BMW designed the Vision M NEXT in line with the German carmaker’s EASE and BOOST driving philosophy. In EASE mode, the vehicle assumes the task of piloting the vehicle autonomously. Meanwhile, BOOST mode hands over the controls to the driver to deliver an exhilarating driving experience. This also coincides with D+ACES by fusing together Design, Autonomous driving, Connectivity, Electrification, and Services in future BMW vehicles.

The BMW Vision M Next looks like a hyper-fast sports car because it is, but we’ll get to the performance merits in a bit. It’s hard to talk about a concept car without discussing the rich details and exquisite design elements, which the BMW Vision M NEXT has aplenty.

“The BMW Vision M NEXT is a progressive hybrid sports car that makes a very clear and confident statement, in terms of both appearance and interaction,” says Domagoj Dukec, Vice President of BMW Design, and he’s right. The wedge-shaped exterior design is lifted directly from the BMW E25 Turbo Concept of 1972 and the modern BMW i8 plug-in hybrid sports car.

It’s a low slung vehicle with gullwing doors, rising flank lines, and a striking color scheme. The silver metallic paintwork is contrasted by a matt-neon orange finish and carbon fiber exterior elements to give the Vision M NEXT a more dynamic and modern look.

The protruding kidney grille is larger than before, which is unsurprising given BMW’s penchant for increasing the grille size on their modern cars. However, the Vision M NEXT has an illuminated kidney grille with laser-engraved patterns because, well, this is the future we’re talking about. The grille is flanked on both sides by triangular elements which serve as the air intakes of the vehicle. Below the grille is an aggressive blade-shaped air intake to complete the racing-inspired vibe.

And since we’re talking about the future, the headlights are comprised of laser wire lighting technology consisting of glass fibers coated in phosphorus. The headlamps are positioned higher on the outer edges of the front and are arranged one above the other. This is a modern reinterpretation of BMW’s classic four-eye headlamp design.

Out in the back, the most prominent feature is the back window with three-piece louvers inspired by the BMW M1 supercar. The taillights also incorporate laser wire technology and are designed to frame the rear end.

But it’s not an ordinary PHEV. The BMW Vision M Next is a PHEV with longer all-electric range. This means you can drive in all-electric mode or utilize the fossil-fueled power of a conventional four-cylinder turbocharged gasoline engine.

The combined power output is 600-horsepower for a top speed of 186 mph (300 km/h). This allows the BMW Vision M Next to sprint from 0 to 60 mph in a scant 3.0-seconds. The maximum driving range in all-electric mode is around 62-miles (100 km). This type of range is nothing compared to new age EVs, but BMW is quick to point out that 62-miles of range is enough for a majority of journeys in zero-emissions zones.

It has a driver-centric ‘Boost Pod’ interior

No concept car is complete without a futuristic interior. Without a doubt, the BMW Vision M NEXT is full of nerdy and space-age features inside. The Boost Pod is exactly what it sounds like. It forms the interface between driver and machine. All the control options are closely spaced together and are horizontally arranged via integrated displays in the steering wheel.

The driver’s line of sight is flanked by a curved glass display that stretches around the steering wheel like a visor. You also have an augmented reality heads-up display in the windscreen.

The steering wheel is lifted directly from the Millennium Falcon and has a fingerprint sensor to start the vehicle. The dashboard and console have a minimalistic design with hidden air vents. The seats are crafted from memory foam and molds itself to the shape of the driver’s body. The interior is lined with innovative materials like woven fabrics, synthetic fibers, anodized titanium, and goatskin.

You like what you’re seeing so far? The BMW Vision M NEXT is still in concept form, but we’re hoping most of the space-age details will make it to production soon. 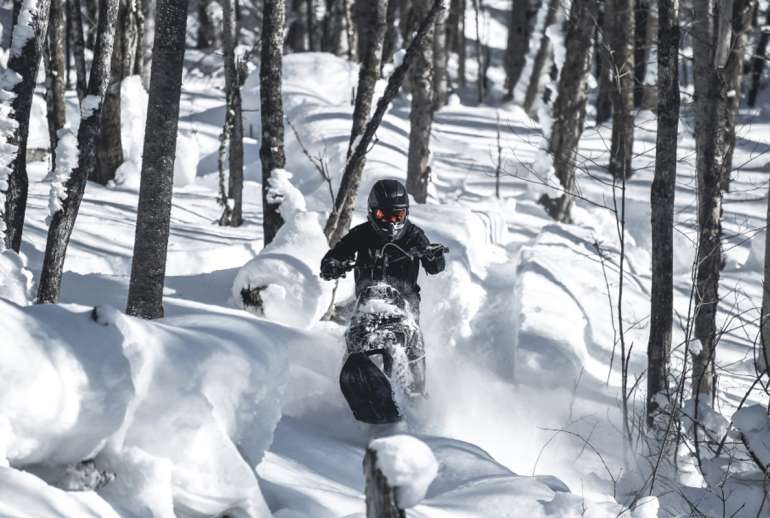 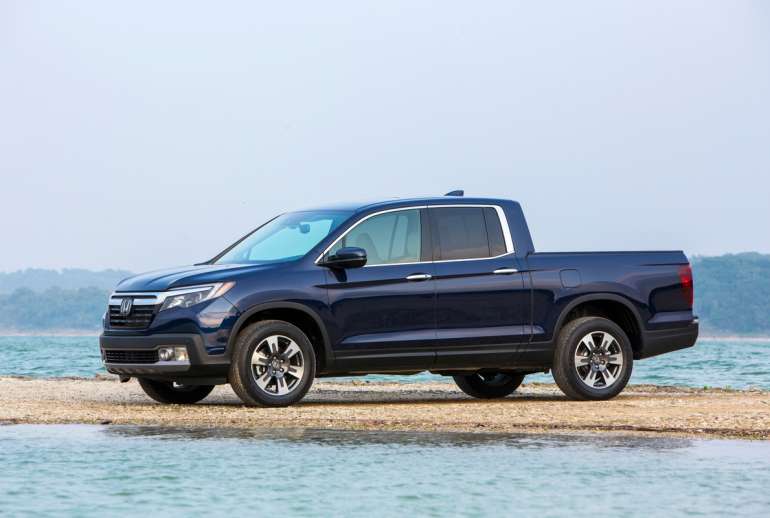