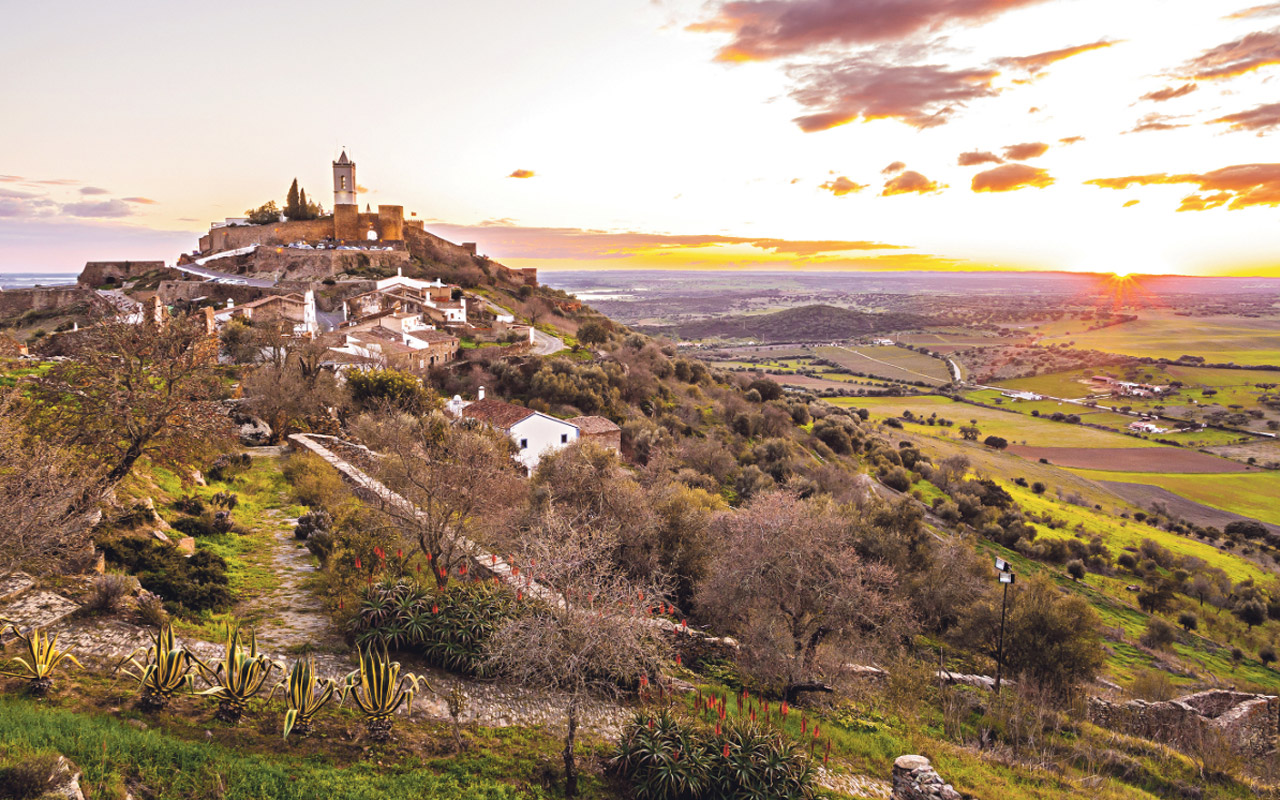 The Iberian countries of Spain and Portugal are one of the most popular tourist destinations, both for mass tourism and solo travelers. Both counties share a peninsula, climate and common history; both have unparalleled beauty and offer plenty of activities for the tourists to enjoy in the close proximity of nature.

Blessed with beautiful beaches and mountainous regions, Spain and Portugal have a moderate temperature that allows for year-round travel. Both countries have big cities with buzzing nightlife and vibrant cultural heritage.

Spain is one of the most visited countries in Europe. Its natural beauty, cultural, and architectural heritage is unmatched. From buzzing cities to quaint mountain villages, here are the best places to visit in Spain.

Spain’s capital is a great destination for a stress-free weekend break. Madrid’s golden triangle of art galleries are home to some of the most famous works, from Picasso’s “Guernica” to Velázquez’s “Las Meninas.” It is famous for its architectural heritage; the Royal Palace in city is Europe’s biggest palace in terms of area; and you can discover new churches, shops and bars at every corner of the city.

It is an eternal favorite with tourists for its stunning Mediterranean location, iconic architecture and cosmopolitan atmosphere. Gaudí at the Sagrada Familia and Park Güell, and some of the architect’s lesser-known works such as Casa Batlló are sights to behold. You can take a trip on Mount Tibidabo for sparkling views across the city to the sea beyond.

With its stunning ancient fortress, snowcapped mountain peaks and winding cobbled streets, Granada is like a Disney fairytale. The Alhambra palace is one of the Spain’s most famous attractions; sitting high over the city, the palace contains some of the best-preserved Islamic art and architecture on the globe. The neighboring Sacromonte, an area of white caves and home of gypsy community, is a place worth checking out.

The Pyrenees and Tenerife

The Spanish Pyrenees are perfect for people who like hiking, skiing or picturesque mountain villages. While Spanish ski resorts offer a great alternative to the busier and pricier resorts in the Alps, tourists can also enjoy timbered houses and hearty local food. Tenerife on the other hand is the largest and most populated island of the eight Canary Islands; and also the most populated island of Spain. Nearly five million tourists visit Tenerife each year for its otherworldly beauty, including lunar landscapes and volcanic peaks.

Though a small country, Portugal has plenty to offer to tourists. From cosmopolitan cities and quaint villages and towns to buoyant beach resorts and remarkable national parks, this little nation offers an incredibly diverse array of attractions.

The capital of Portugal is one the most alluring cities in Europe. Set on a riverbank, this vibrant Atlantic port has a culturally-rich heritage, allowing the visitors to explore celebrated attractions like Castelo de São Jorge and Alfama, the oldest part of Lisbon. The city has world-class museums, vibrantly-colored houses, and stunning UNESCO World Heritage Sites like Mosteiro dos Jerónimos and the quirky Torre de Belém.

Situated at waterfront, Porto is famous for its robust granite architecture and commercial disposition. Porto has some of the country’s finest Baroque churches and neo-classical buildings. The bell tower Torre dos Clérigos and the striking Sé, the city’s cathedral are prominent architectural feats. The iconic Ponte Dom Luís I, the spectacular double-decked iron bridge that connects the city with Vila Nova de Gaia, is another landmark of the city.

Évora is renowned for its amazing ensemble of well-preserved monuments. Its medieval walls encompass centuries of history, dating back to the second century; the ruminating but gripping 12th-century Sé (cathedral); and the Igreja de São Francisco, with its lugubrious Capela dos Ossos, completed in the mid-1550s are some of the main attractions in the city.

This pleasantly laid-back town is the most captivating town in the Algarve. The town has plenty of historic treasures to offer; the castle walls provide glorious views across the old town and the nearby coast; and the Igreja de Santa do Castelo, the grandiose church where warrior knights are entombed, is another tourist attraction. The town has a fascinating museum, the Núcleo Islâmico, which displays a rare 11th-century figurative vase.

Lagos is a preferred vacation destination for thousands of tourists. It is one of the best resort towns in Portugal and is famous for its gorgeous beaches that border the town either side of its international marina. Lagos is home to some astounding rock formations, sandstone cliffs towering over sea caves and weirdly shaped hollows. The town attracts people for its remarkable Museu Municipal and its adjoining Igreja de Santo António, the interior of which is one of the most exquisitely decorated in the entire region. Ponta da Piedade, the lighthouse, is the favorite spot to enjoy a fabulous sunset over the Atlantic horizon. 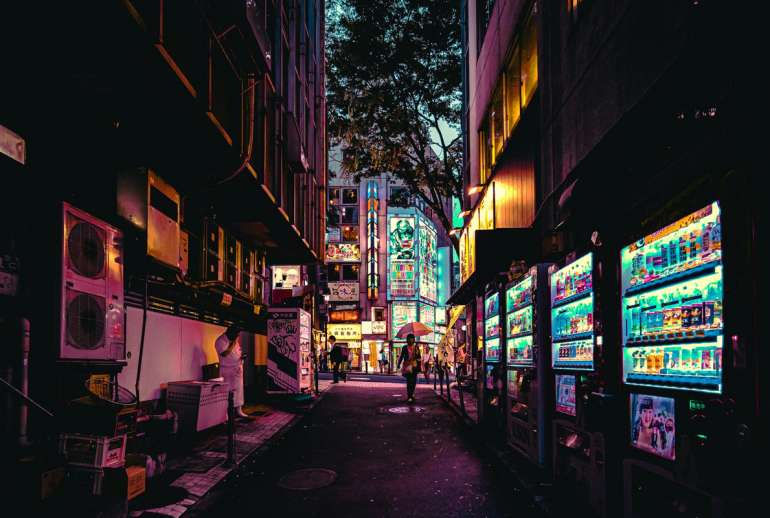 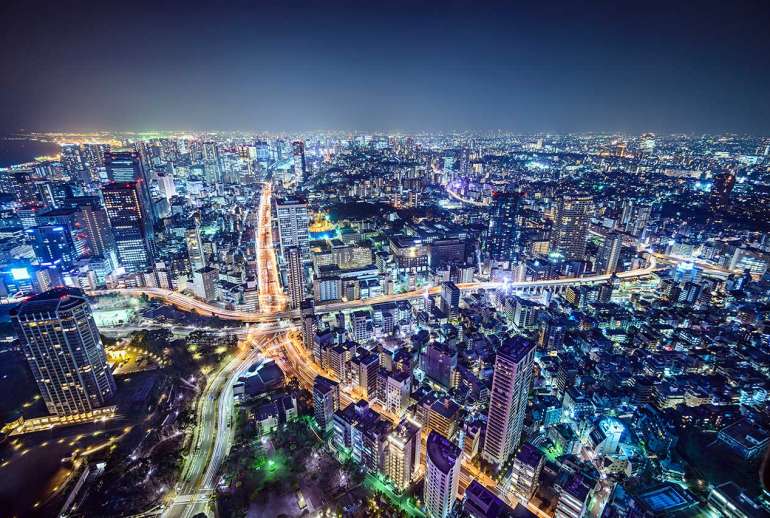 7 Reasons Why You Must Visit Japan