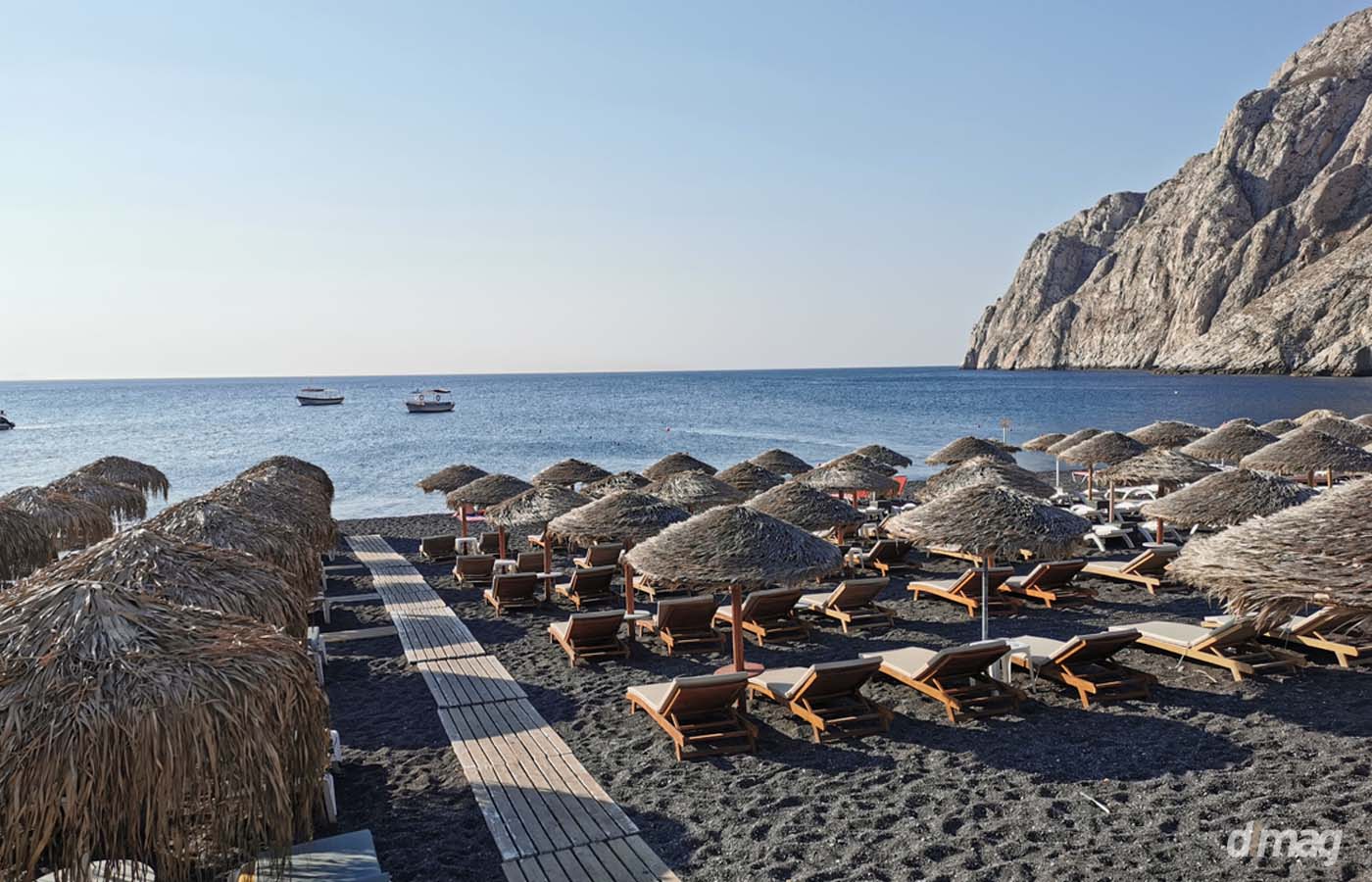 It’s no accident that Santorini is a must stop, once-in-a-lifetime destination. The layout of the island and natural beauty of the place is unreal. The scenery is so dreamy that at some point it becomes surreal. Standing at the edge of the main χωρα, or Village, of Fira is like being at the edge of the proverbial ‘cliffs of insanity’ – from the movie The Princess Bride. Looking out over a vast sunken volcanic basin with a central lava cone that is slowly on the rise once again.

The white-washed, space-age looking towns of Fira (Φηρα) and Oia (Οια) sit precariously on the edge, spilling over and dripping down the cliffs. Santorini is one of those timeless places; living romanticism and poetry in motion.

The island is a performance of Cycladic life in the Aegean sea: life here is a bundle of art, food, culture, and history that cannot be, and should not be, unwound into separate threads, for everything has coevolved together.

Indeed, it would be nice to own a piece of property in the second wealthiest municipality of Greece and spend the rest of days watching the sunset over the caldera. The good news is that you can have a well-rounded visit of the island with just two-days to spare, and not feel rushed or short-changed in the experience.

Santorini and Mykonos are perhaps the most iconic and well-known Cycladic islands. Κυκλάδες, translates into circle, and refers to the group of islands arranged in a ring-like fashion, in a south-eastern direction from the mainland in the Aegean sea. The Cycladic islands are famous for the white buildings, wind-mills, and Meltemi winds which makes them a destination that is ideal for sailing trips.

Another characteristic that is shared among the Cycladic islands, is aesthetics and design. It is defined by a style of art and architecture with simple, clean and elegant lines; a beautiful yet minimalist approach to form and function. The majority of buildings are washed in the color white and accented by painted blue rooftops, window-shutters, and doors and cascades of pink flowering bougainvillea. In general, the villages are well-maintained and filled with delightful residents. The locals know how to live and offer you a healthy dose of humor and good cooking.

Santorini is conjectured to be the site of ancient Atlantis – an added layer of interest that makes the island a unique spot in the world. Atlantis, a utopian society, that turns out may be more reality than myth. There are five spots in the world that have been proposed as the origin of the legend of the lost Atlantis. Based on evidence from the archaeological site of Akrotiri (Ακροτιρι) along with references from ancient texts – Santorini was the center of an advanced bronze age civilization, the Minoans, which fits accordingly with the ancient descriptions of the lost city.

The geomorphology of Santorini is a volcanic one. Today there are still five volcanoes that exist on or around the island. The island has rocks that are mostly black, red, or white. So you can take your pick of beach. The black beaches are beautiful and are more soft fine pebble than sand. But the great thing about this is that the water stays nice and clear.

Santorini can be accessed by ferry boat from the port of Piraeus (There are slow and fast ones on companies like Blue Star Ferries) or by plane. The island has an international airport and is serviced by many seasonal routes from major European cities, or domestically by low-cost carriers, like Ryan Air and Volotea. It’s a short 50 minute flight from Greece’s capital.

Kamari Beach – While away the day resting in ultimate luxury on a poof under a pampas grass umbrella and dig your feet into the soft black volcanic sand. Santorini is not famous for its beaches, but we beg to differ and found these vast stretches of chilled-out beach to be just what the doctor ordered. The sea around Santorini is deep. But even so, you can float at the surface of 100 meter deep water that is crystal-clear to the sandy bottom and remains emerald and turquoise in color. Kamari beach is located only 15 minutes from the airport and the main city of Fira alike. So it’s easy to go between.

Metaxi Mas Taverna – As the sun sets, the waters will calm and turn to glass. Go for your last dip in the sea and it won’t be long before you start to smell the cooking on the island starting to waft through the evening air and activate your appetite. Fortunately for you, Santorini has many food specialties that the island is known for. Metaxi Mas is a traditional Greek taverna located in Exo Gonia that serves things like Santorini Fava (a traditional yellow lentil puree), καπαρι σαλατα (Caper Leaf Salad), and wonderful seafood and chicken risottos. Apart from the romantic and charming atmosphere, this taverna is considered one of the best on the island, so it’s best to make reservations in well in advance.

The produce grown in the rich volcanic soil of the island tastes magnificent. The grounds have also spawned a very successful wine industry and it’s a must to sample the famous red and white wines of the island along with dinner.

Santorini Brewing Company – Stop by this small microbrewery that crafts deliciously fresh Pale Ales and Lagered Ales. The label is known as Crazy Donkey and comes in a yellow donkey, red donkey, crazy donkey, white donkey, slow donkey, and lazy ass labels to accommodate a wide range of taste preferences. The beer is tasty, unfiltered, unpasteurized, and preservative-free. Enjoy it at the brewery, or it can be ordered at most organized places along the beach in a ice cold frosted glass or bucket of ice along the shore.

Fira and Palia Kameni – After dinner, it’s time to head over to either Fira or Oia for a taste of the nightlife – second only to Mykonos island. After a little souvenir shopping and tourist bustle of town, enjoying a cocktail at one of the sophisticated and sexy bars at the edge of the caldera is an absolute must. Palia Kameni Cocktail Bar is offers a great vantage point on the rim – you’ll feel like you died and went to jet set heaven. I have to admit that I felt bad for almost every one of my friends who wasn’t with me for drinks 1,200 feet above the sea. If you’re afraid of heights or suffer from vertigo, just hang back a bit from the edge.

Akrotiri Archaeological Site – Use the morning to visit this prehistoric archeological site, one of the most important in the Aegean. Akrotiri was the center of the advanced bronze age civilization, the Minoans, between the 4th millennium BC to the 16th. It was abandoned due to either earthquakes or volcanic eruptions. The city was covered by thick layers of volcanic ash that preserved it until its discovery. It’s one of the best archeological sites I’ve ever visited, and is expertly presented with good information. At the site and museum, exquisite pieces of art, jewelry, decorated plasters on the walls and mosaics are on display. You’ll also see evidence of latrines with piping and running water systems throughout the building – it’s impressive and should not be missed. Akrotiri is located on the Southern edge of the island and can easily be accessed by bus, car, or scooter.

Perissa Beach– Perissa beach is another great stretch of volcanic sand in a more southerly location on the island. The sea is clean and clear and great for swimming. You can choose from more chill spots on either end of the beach.

Wet Stories Beach Bar – if you’re looking for a hot destination with a little more action, depending on your mood, then head to Perivolos beach. Walking into the Wet Stories Beach Bar is like walking into a Hollywood scene set. Be prepared to see fantastic bodies glistening in oil (perhaps in olive oil) and covered with elaborate tattoos. It’s the perfect social media backdrop filled with ladies and their dedicated private Instagram photographers. There’s also a gentlemen who looks like a Hashish messiah that goes around refilling all of the guests Hookahs. This place is pretty swanky and fun – it’s a trip.

Perivolos Taverna (Ο Περιβολος) – After a hard day of swimming and relaxing head on over to this wonderful taverna that serves traditional Greek fare. The Ντοματοκεφτεδες (tomato ‘meatballs’) and κολοκυθακια τηγανιτα με τζατζικι (zucchini lightly fried in an olive oil with Tzatziki) – which are both vegetarian – are amazing. Order grilled Καλαμαρι (Calamari) or Μυδια Σαγανακι (mussels saganaki) fresh caught and cooked from the sea.

Catch the sunset from anywhere along the rim of the Caldera before packing your bags and saying good bye to this mythical place.

There are also a number of hiking options for more active oriented individuals, like the 10 kilometer walking trail that runs along the rim of the canyon between Fira and Oia. But during the summer months when temperatures can blaze up to 100 degrees Fahrenheit, it’s best to do these walks in the early morning or evening – unless you’re a glutton for sun punishment.

A note on travel and the way we report

Tourism is on the rise and many of the top destinations around the world are struggling to maintain an equilibrium between the stability of the environment and accommodating tourists. In an effort to promote sustainable tourism, we may suggest going places off-season, or to less visited areas, that are still just as beautiful.

Santorini is an example of one of those magical places buckling under high touristic pressure. Major issues, like recycling, need to be addressed there because currently the local administration is doing nothing about it.

Every guidebook in the world may tell you to go to the town of Oia on the northern part of the island to watch the sunset – we, however, will not be telling you to do that based on the current situation there. A beautiful sunset can be seen from almost anywhere along the caldera. There’s really no need to head into the hordes of tourists all vying for the same sunset selfie shot. 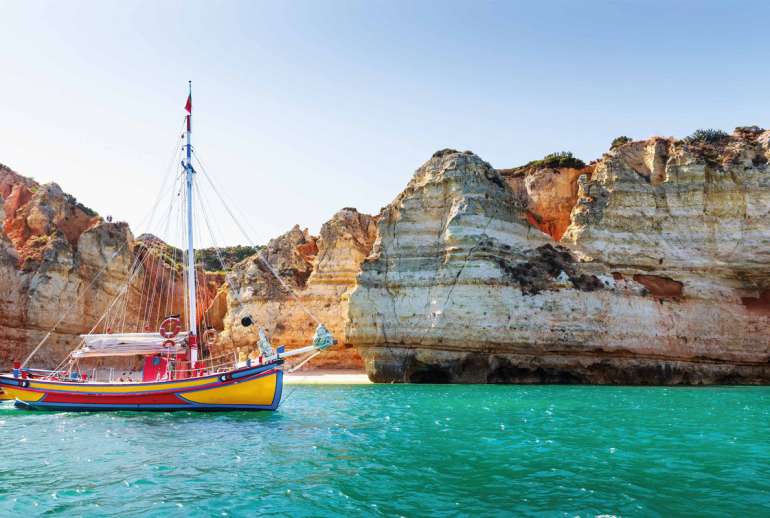 Finest places in Europe for pampered summer vacation with family 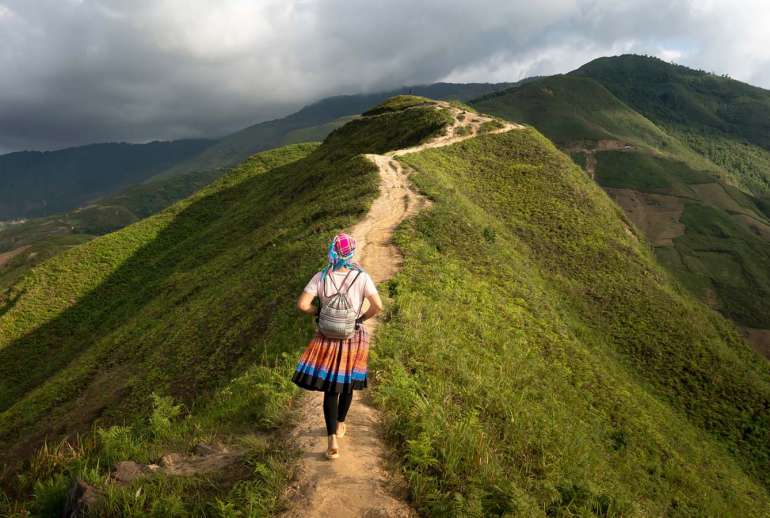