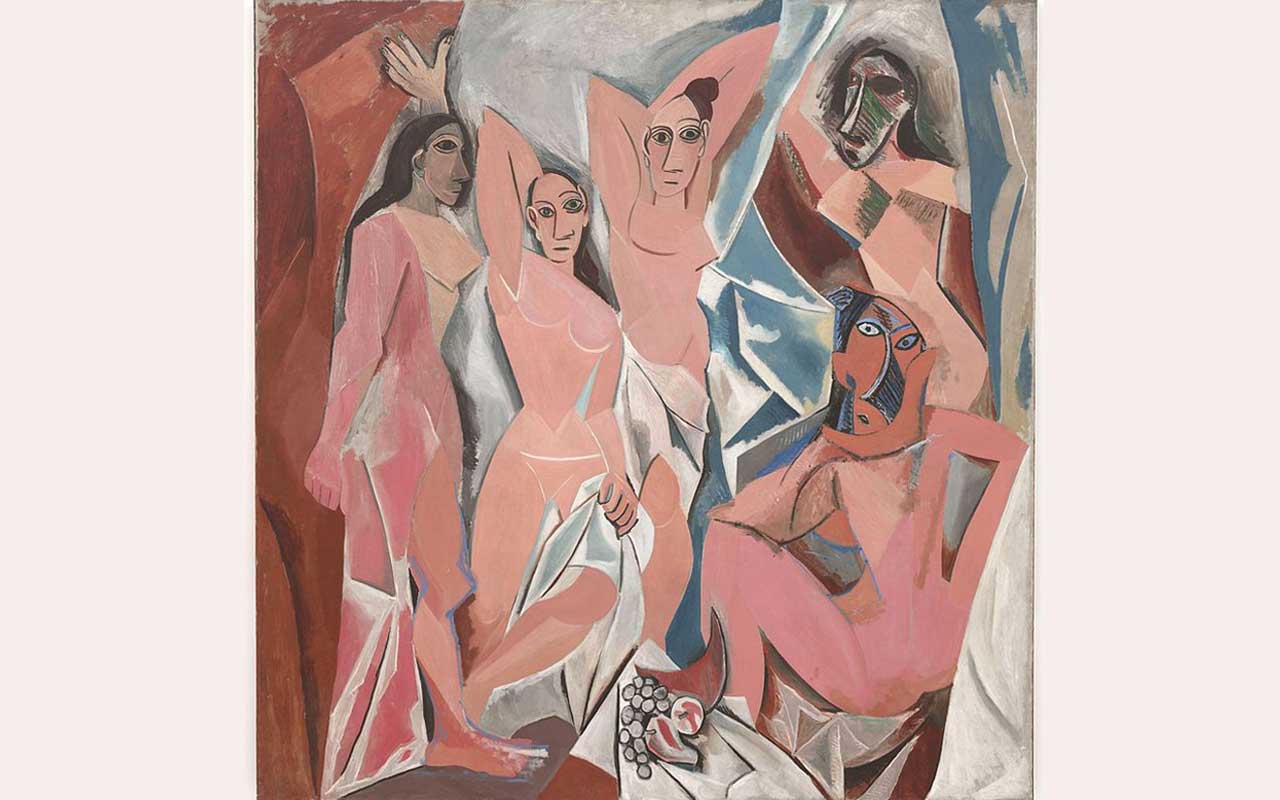 The history of western art begins with Italian Renaissance, which is regarded as a golden age of art, music and literature. The period has thus inspired many art works for centuries with iconic works by legendary artists like Leonardo da Vinci, Raphael and Michelangelo serving as muses.

Beginning from the 14th century, the Italian Renaissance replaced the flat compositions, unrealistic color palettes and ethereal, otherworldly figures of the paintings of the Dark Ages with vibrant colors and various painting techniques. Here are a few of the iconic paintings from western art history, some of which you might not be familiar with.

Italian Renaissance was a cultural movement roughly spanning the 14th century through the mid-17th century. The movement took painting to a higher level through the use of perspective, the study of human anatomy and proportion, and through the development of an unprecedented refinement in drawing and painting techniques. The city of Florence, Tuscany, is renowned as the birthplace of the Renaissance and in particular of Renaissance paintings.

“The Birth of Venus” by Sandro Botticelli

Probably made in mid-1480s, “The Birth of Venus” by the Italian artist Sandro Botticelli, depicts the fully-grown goddess Venus emerging from the sea and arriving at the shore after her birth. The painting is currently in the Uffizi Gallery in Florence, Italy.

Hardly anyone is unfamiliar with the famous painting “The Mona Lisa” by Leonardo da Vinci. The painting is in oil color on white Lombardy poplar paper and is believed to have been painted between 1503 and 1506; however, Leonardo may have continued to work on it as late as 1517.

The painting stands out from its contemporary works for its novel qualities, including the subject’s enigmatic expression, the monumentality of the composition, the subtle modelling of forms and the atmospheric illusionism. It is on permanent display in the Louvre Museum, Paris, since 1797.

“The Sistine Chapel Ceiling” by Michelangelo

An Italian sculptor, painter, architect, and poet of the High Renaissance, Michelangelo painted the ceiling of the Sistine Chapel between 1508 and 1512, at the commission of Pope Julius II. The ceiling’s various painted elements form part of a larger scheme of decoration within the Chapel. Central to the ceiling decoration, there are nine scenes from eth Book of Genesis. The complex design includes several sets of individual figures, both clothed and nude, allowing Michelangelo to fully demonstrate his marvelous painting skills.

The Baroque is a style of arts that flourished in Europe from early 17th century until the 1740s. Baroque painting is distinguished by great drama, rich, deep color, and intense light and dark shadows with the purpose of the art to evoke emotion and passion instead of the calm rationality that has been prioritized during Renaissance period.

Spanish artist Velázquez was the court painter for King Philip IV and known for his expressive portraits, which captured the essence of the physique and character of his subjects. Las Meninas by artist is still praised for its complex design. The painting was made in 1656, with oil on canvas. The central figure of the painting is the infant Margaret Theresa, surrounded by ladies in waiting, a chaperone, a bodyguard, a chamberlain, and even the artist himself.

Johannes Vermeer’s beautiful portrait of the “Girl with a Pearl Earring” is one of the most acclaimed paintings of the Baroque period. The oil painting of an anonymous woman wearing blue and yellow clothing, and posing before a stark black background, was painted in 1665. The work has been in the collection of the Mauritshuis in The Hague since 1902.

Realism was an artistic movement that began in the mid-19th century as a reaction to Romanticism and History painting. The artists of this movement attempted to represent the subject matter truthfully, without artificiality. In favor of depictions of real life, the Realist painters used common laborers, and ordinary people in ordinary surroundings involved in real activities.

Le Déjeuner sur l’herbe (or The Luncheon on the Grass) is a large-scale masterpiece by the artist and fills the gap between the Realist and Impressionist art movements through its modern approach to style and subject matter. Deriving inspiration from Classical paintings of female nudes while placing it in a contemporary setting, the painting features a naked woman picnicking with two well-dressed men.

Developed in France during the 1800s, Impressionism is characterized by relatively small, thin, yet visible brush strokes, open composition, accurate depiction of light in its changing qualities, ordinary subject matter, and unusual visual angles. Claude Monet led this movement along with other Paris-based artists.

One of the most important and recognized works of Impressionism, this painting by Claude Monet depicts a hazy blue-colored seascape dotted with small boats and a bright orange sun. Painted in 1872, the radical use of expressive brushstrokes to portray a sunrise became the igniting point of Impressionist art movement and named its creator, Claude Monet, the “Father of Impressionism.”

It was primarily a French art movement that developed roughly between 1886 and 1905. It emerged as a reaction against Impressionists’ concern for the naturalistic depiction of light and color.

Unlike the Impressionists who focused on portraying light in their paintings, the Post-Impressionists emphasized on color. Artists like Vincent Van Gogh are renowned for their distinct use of color. Depicting a view from his window in asylum at Saint-Rémy-de-Provence, The Starry Night was created late into the Dutch painter’s short career.

A modernist movement in poetry and painting, Expressionism originated in Germany at the beginning of the 20th century. Its typical trait is to exhibit the world only from a subjective perspective. The artists of this movement sought to express the meaning of emotional experience rather than physical reality.

“The Scream” by Edvard Munch

Edvard Munch was an artist of the Expressionistic movement of art, which originated in Germany at the beginning of the 20th century. Munch’s stylistic approach to convey emotion, especially the feelings of anguish, is best displayed through his masterpiece “The Scream.”

It is an early 20th century avant-garde art movement that revolutionized and inspired related movements for all arts. One of the primary factors leading to Cubism was the representation of three-dimensional form in the late works of Paul Cézanne. In this technique, objects are analyzed, broken up and reassembled in an abstracted form.

Guernica is a large 1937 oil painting on canvas painted toward the end of the Cubist art movement by Picasso. One of Picasso’s best known works, it is considered as one of the most moving and powerful examples of anti-war art. 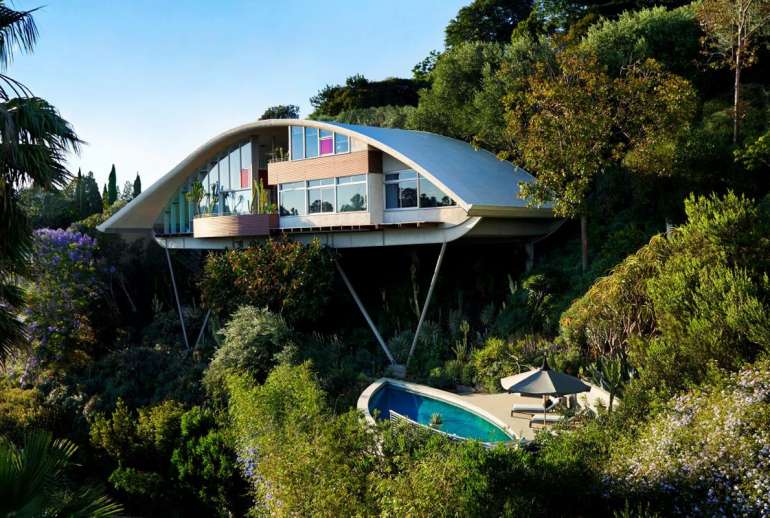 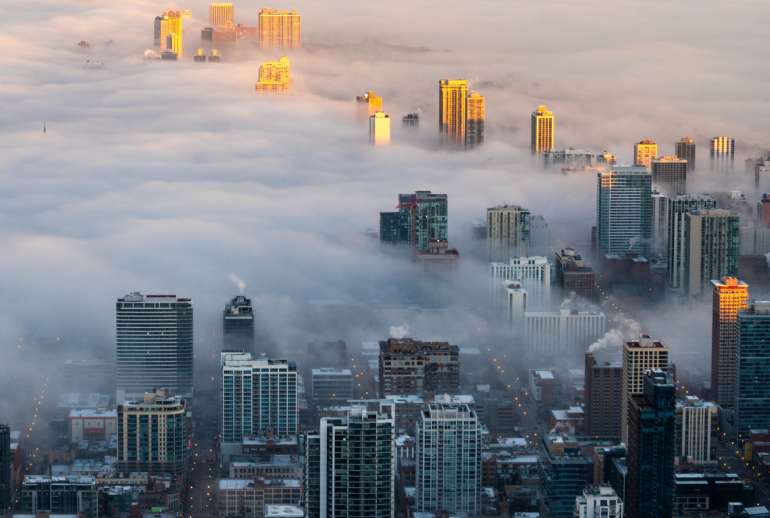 How AIR-INK turns thin air (and pollution) into ink