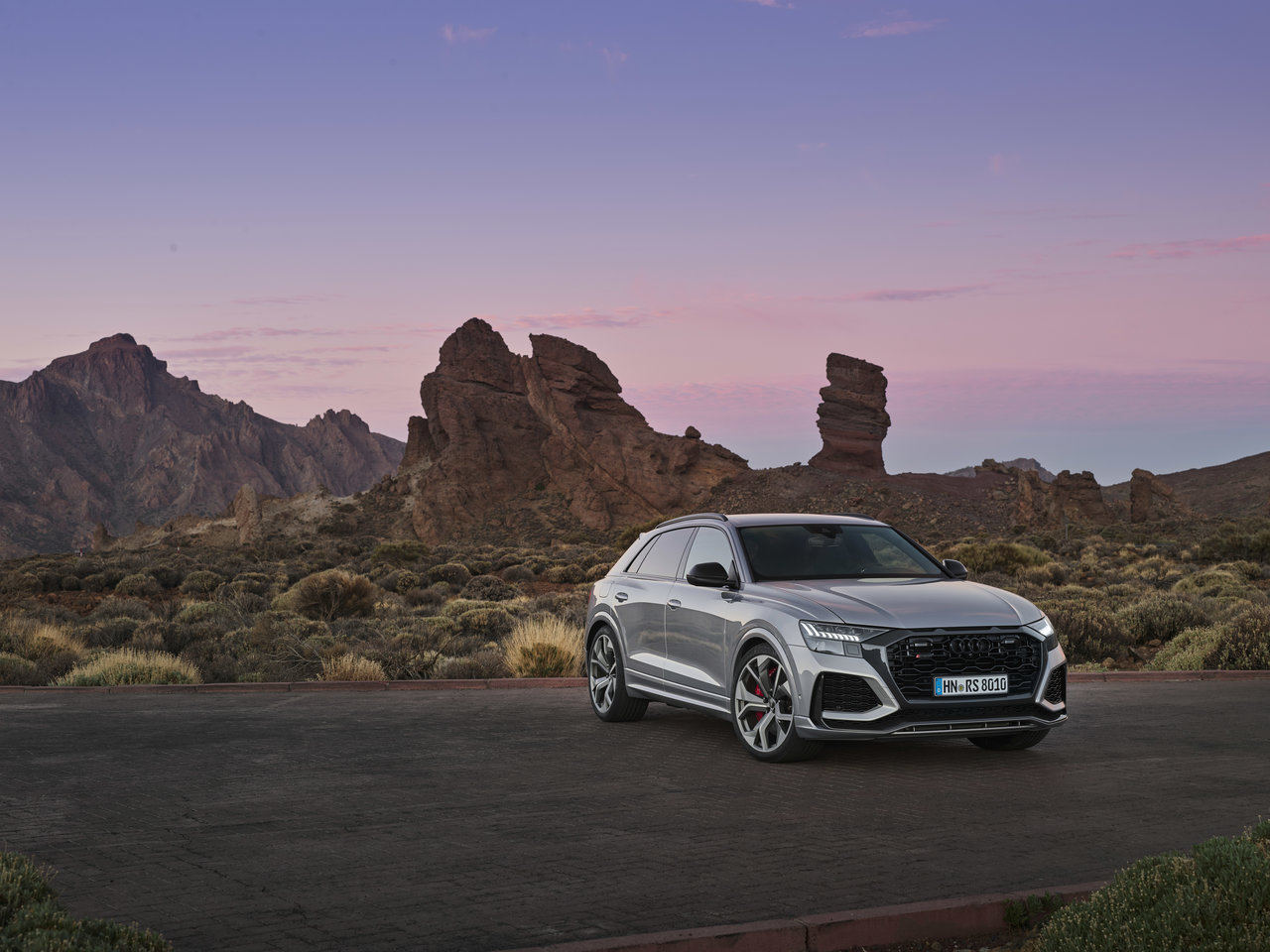 When lightning strikes twice, it’s considered an ultra-rare phenomenon. But after Editor-in-chief Vincent Nguyen drove the 2020 Audi RS Q8 in Spain, we confirmed lightning can strike not only once or twice, but thrice.

You see, the chief was lucky enough to tame all the newest Audi Sport models coming stateside. First came the 2020 Audi RS7, which is a car that gave the chief butterflies in the stomach. “At the end of the day, my heart is longing for the sex appeal and accessible performance of the RS7 Sportback,” said Nguyen.

Next came the 2020 Audi RS6 Avant, which is a station wagon like no other. According to the chief, the RS6 Avant gave him an entirely different perspective on station wagons, particularly one with an Audi RS badge. “I’ve been given free rein in thrashing performance cars on both the street and track, but the RS6 Avant is truly special,” added Nguyen.

And now, lightning struck again with the 2020 Audi RS Q8, which the boss said drives pretty much like the RS6 Avant or RS7 Sportback.

And with that, here are the top things we like after driving Audi’s newest super-SUV.

It scoots like hell, and it does so with authority

As a matter of perspective, the RS6 Avant with the same 4.0-liter turbo V8 achieves the feat in 3.6-seconds – exactly the same as the RS7 Avant.

But don’t forget, the RS Q8 is a five-seat SUV, which is only an inch shorter than the seven-seat Audi Q7. Combined with an eight-speed Tiptronic gearbox, Quattro permanent AWD, and massive dual exhausts, the RS Q8 has the attitude of an all-conquering super-SUV.

Audi’s MHEV technology in its RS models is more oriented towards improving engine efficiency. It’s also the same MHEV system in the RS6 Avant and RS7 Sportback. But for US-spec RS Q8 models, the MHEV has only utilized to power the start-stop feature of the vehicle.

In Europe, the same MHEV system enables the vehicle to coast at highway speeds with the engine off. This helps save more fuel when you’re not gunning for the next set of curves.

Whatever the case, the Audi RS Q8 doesn’t feel like a hybrid and it makes no pretensions of being as such. The system works unobtrusively without spoiling the fun.

The Audi RS Q8 is a capable handler

Audi had to burn the midnight oil to make the RS Q8 feel as agile as the RS6 Avant and RS7. The German carmaker gave the vehicle an electromechanical active roll stabilization feature to eliminate body roll under duress, and it work’s brilliantly.

“Using a combination of clever electronics and some innovative mechanical bits, the RS Q8 handles like a dream on tight and twisty roads,” said Nguyen. The RS Q8 also makes good use of adaptive air suspension and available all-wheel steering to further improve high-speed handling and cornering. “The fact that the RS Q8 behaves so similarly to the smaller RS6 Avant and RS7 Sportback is a testament to the brilliance of Audi Sport’s engineers,” he added.

It kind of works on dirt roads and that’s nice

Yes. Despite having the athleticism and mechanical prowess of a supercar, the Audi RS Q8 is still an SUV, and it’s good to know it works on dirt roads as well – sort of.

“There’s an off-road driving mode to prepare the RS Q8 for some rougher terrain,” blurted Nguyen. “With the body fully-raised by 2.0-inches and with impressive approach and departure angles, the RS Q8 can tackle inhospitable terrain without feeling like a fish out of water.”

However, with standard 22-inch wheels (our test vehicle came fitted with 23-inch alloys, which are nothing short of magnificent), you really wouldn’t buy the Audi RS Q8 for overlanding or spelunking, right? “Honestly, it’s sacrilege to expose the RS Q8’s wider flanks and sporty demeanor over the gravel-riddled pavement,” added Nguyen.

But still, it’s nice to know it can hack it over rough trails despite the high-strung demeanor.

For those asking why a vehicle like the Audi RS Q8 exists, you need to look at it from a slightly different perspective. Sure, the mighty V8 engine can push this hulking SUV to unimaginable speeds, but the RS Q8 knows how to behave if you want to relax.

“It’s not the ferocious performance that really astonishes, but it’s how the RS Q8 manages to feel like a normal Q8 when driving sedately,” added Nguyen. “Sure, you won’t mistake the RS Q8’s interior for a stock Q8, but it remains an incredibly luxurious SUV despite the sporting fusion.”

Also, the Audi RS Q8 has a sliding rear bench seat along with a large cargo area. With the rear seats up, the RS Q8 offers 21.4 cubic feet of storage space. Fold the seats down, and space expands to 62 cubic feet.

In short, the 2020 Audi RS Q8 is a super-SUV with the practical and luxurious nature of a normal family car – and we love it for that. 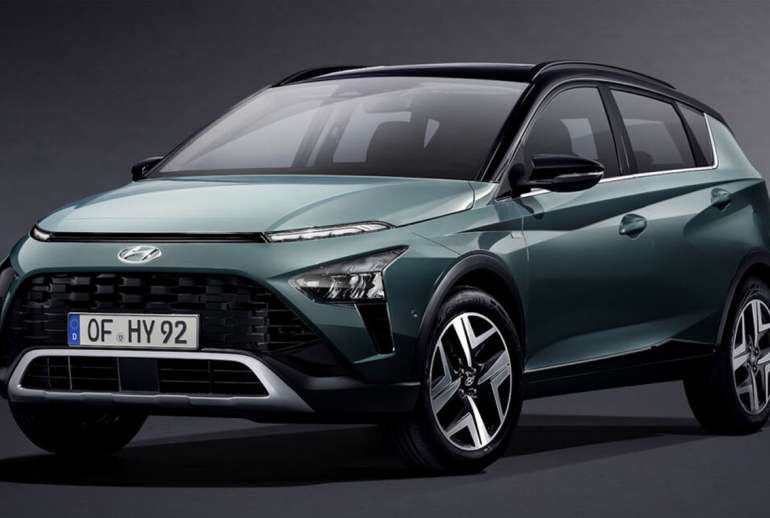 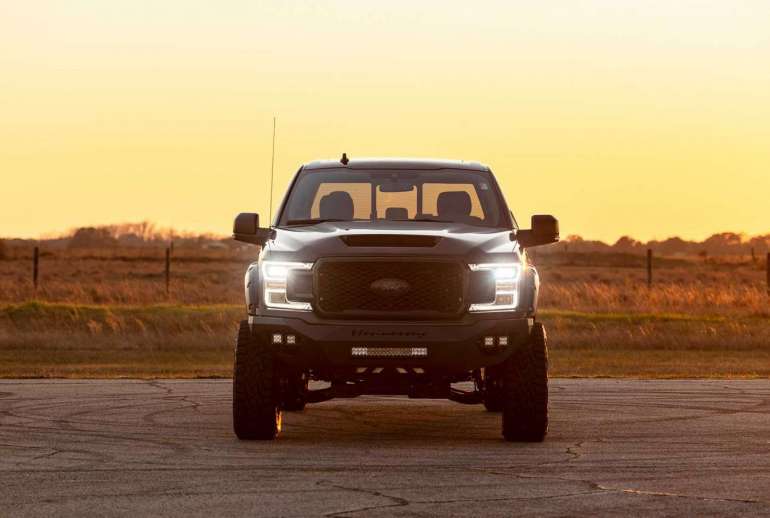