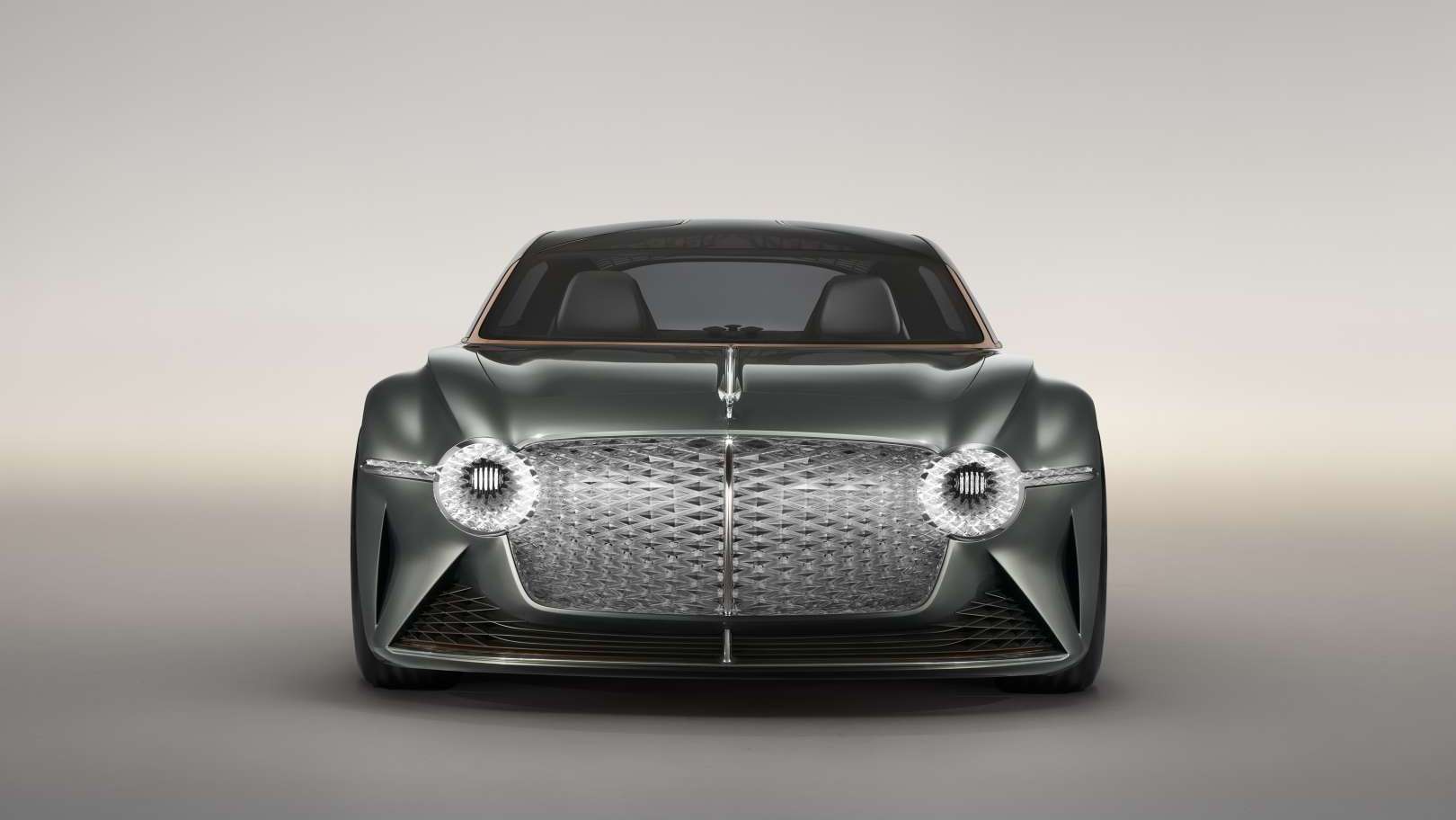 British carmaker Bentley has something in store for its 100th birthday. The Bentley EXP 100 GT is the company’s vision of the future. It also happens to be an ultra-luxe, highly-desirable, and surprisingly realistic execution of a grand touring machine.

Here are the savory details that make the Bentley EXP 100 GT the car to watch out for in nearby 2035.

There’s been a lot of talk surrounding the future of autonomous driving, and let us make it clear: we want autonomous cars, but we also love to drive. Thankfully, Bentley is on the same page with the EXP 100 GT concept. It features breakthrough A.I. technology that enables the vehicle to move in full autonomy.

This means a hands-off-the-wheel-while-watching-movies-and-eating-a-sandwich type of autonomy.

But since the company’s inception in 1919, W.O. Bentley created vehicles that are meant to be driven and enjoyed. With this in mind, Bentley made sure the EXP 100 GT remains a driver’s car even with the brilliant and frankly terrifying A.I. tech.

It’s the same approach BMW took in the Vision M Next Concept. It’s an autonomous concept sports car that can be driven manually like a conventional car.

Bravo, Bentley! If the EXP 100 GT is any indication, it seems the future of autonomous cars is in good hands.

The Bentley EXP 100 GT is not a hybrid or PHEV. It’s a genuine electric vehicle with a powerful electric motor in each wheel. That’s a total of four motors if you’re keeping count. And if you know anything about modern electric cars, having more electric motors is not a bad thing to have in terms of performance.

In truth, the Bentley EXP 100 GT is powerful enough to break the laws of physics. The concept weighs approximately 4,200 pounds, so it’s clearly not a lightweight sports car. But with a massive battery pack powering those four electric motors producing 1,106 pound-feet of torque, it rushes from 0 to 60 mph in under 2.5-seconds towards a top speed of 186 mph.

The styling is to die for

The Bentley EXP 100 GT is a big car. So big, in fact, it makes the Continental GT look like a compact. The car is 19-feet long and 8-feet wide, so it has the presence of a proper luxury touring coupe. The doors are 6.5-feet long. They open by dramatically swinging upward like the doors in a Lamborghini Countach.

Rest assured people will definitely notice as you pull over and depart from your Bentley EXP 100 GT.

And they’ll definitely see you coming as well. The front bears a striking similarity to the Bentley Blower No.1 with a huge grille flanked by round headlights. However, the grille and the headlights are infused with dancing matrix illumination like in an RGB gaming keyboard. Even the Bentley Flying B mascot illuminates playfully as you approach the car. Waves of light also travel in the center spine of the hood and creep elegantly towards the cabin.

Out in the back, the rear haunches are similar to those found in the Continental GT. The Bentley EXP 100 GT concept is so overwhelmingly stylish and cool that it deserves a place in the most important Bentley models of the past 100 or so years – if and when the car enters production.

It has an opulent yet Earth-friendly interior

The cabin is literally festooned in sustainable wood, leather, metal, and synthetic materials. The seats are covered in Bridge of Weir leather and a bio-based material that feels like genuine leather – both of which were developed exclusively for Bentley. The seats are embroidered using a dedicated pattern by Hand and Lock, a company that’s been doing this type of thing since 1767. This technique allows the seats to match perfectly with the grains in the Copper Infused Redwood, which, of course, was sourced from naturally fallen trees.

A glass roof bathes the interior with natural light, but not in a traditional way. The glass contains prisms that literally absorbs light and projects the brightness inside the cabin using state-of-the-art fiber optic technology.

Artificial Intelligence is at the heart of it all

The Bentley EXP 100 GT also showcases the Bentley Personal Assistant. The system is governed by artificial intelligence and makes itself known via an illuminated crystal in the dashboard. Besides having the ability to engage autonomous driving modes, Bentley’s Personal Assistant can do so much more.

It’s basically a learning system that tries to anticipate your whims. For instance, it can adjust the seats automatically depending on your preferred sitting position. The system uses biometric sensors to monitor your head and eye movements. It can also determine your blood pressure and stress levels. You can even use hand gestures to control or command the A.I. system.

It’s all futuristically spooky and yet highly desirable at the same time.

It’s a proper four-seat GT coupe, but the A.I can configure the seats in many ways. You can engage two-seat mode as the front seats push back so you can lounge like a king inside your Bentley EXP 100 GT.

The car also has active aero wheels that morph and changes shape depending on the level of performance you desire. Even the tires are not spared from hi-tech goodness. Manufactured by Pirelli, the tires can change the tread pattern or contact patch to suit any type of driving condition.

Meanwhile, occupants can breathe purified air courtesy of an in-board air filtration system. The theory is the A.I. monitors the air quality and CO2 levels inside the cabin. It then makes the appropriate adjustments as needed. It can even inject the cabin with hints of moss and sandalwood for a truly relaxing and luxurious atmosphere.

But sadly, the Bentley EXP 100 GT is just a concept

Yes, the Bentley EXP 100 GT is nothing more than a flight of fancy. However, we believe the automaker is forging the right direction towards an automated future. The EXP 100 GT is a fitting celebration to Bentley’s 100 years of existence in the automotive industry. 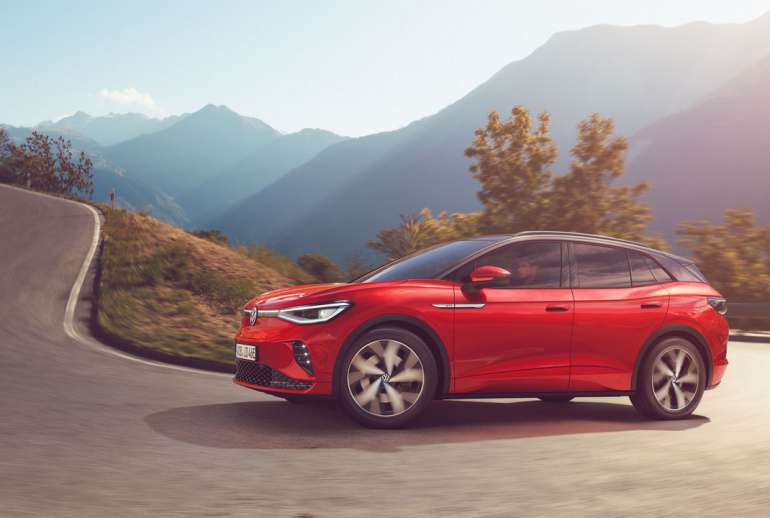 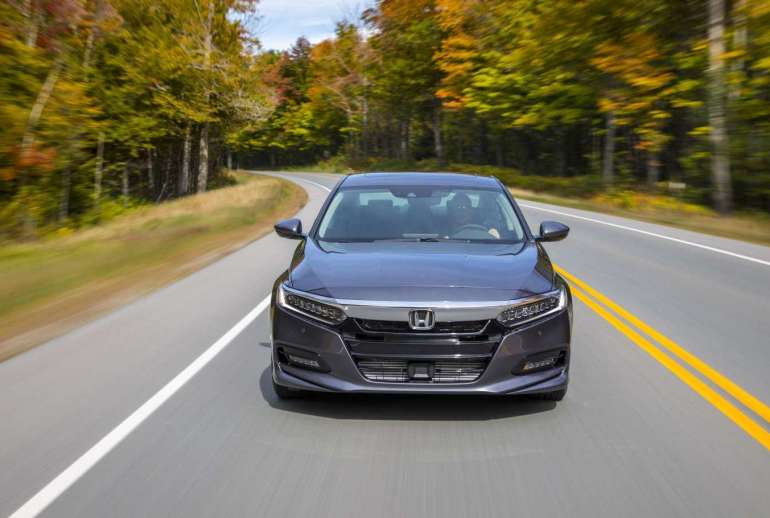 2020 Honda Accord arrives at U.S. dealerships