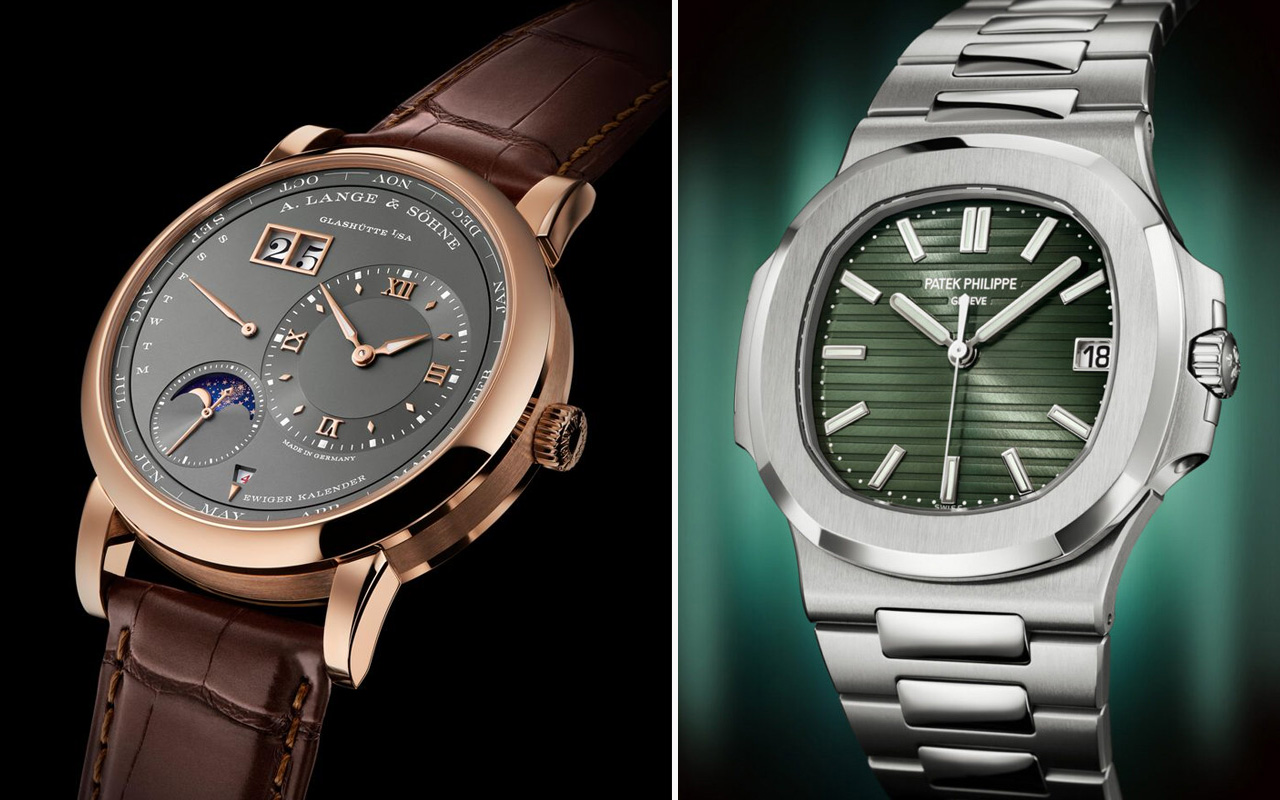 The Geneva-based luxury watch fair Watches & Wonders was for the second straight year delivered virtually. Owning to the pandemic, this year again, the event was held online, but the charm and innovation did not take a backseat. Despite the restrictions in place, and all the adjustments companies had made, the event last year was attended by 30 of the world’s top watchmakers.

Almost every major horology company has something or the other to show to the watch enthusiasts this year as well. This makes for a lot of watches releasing over the seven days of the show. While we would want to discuss all the exquisite timepieces that made their debut, however, that’s not possible, so we have rounded up the most intriguing ones for your liking. Without ado, jump down to check out the finest reveals from the Watches & Wonders 2021.  List updated on April 13.

Tudor Black Bay Fifty-Eight has since its introduction become of the sought-after names in dive watch market. This year, the watch gets a refreshing new makeover with 18K yellow gold and an open caseback to show the fancy movement working within. Featuring the 39mm matt finished case, the Black Bay Fifty-Eight 18K gets a striking “Golden Green” color on the dial extending all the way to the bezel. The watch is powered by an in-house Caliber MT5400 automatic movement which is  COSC chronometer certified and offers a 70 hour power reserve. Price: $16,800

Touching back at the roots of the Aquaracer, the marque has come up with refreshed new models for the Aquaracer Professional 300 series. While there are 40mm and 36mm models that have been upgraded with a thinner but more robust case featuring a re-engineered bezel; the standout are the five distinctive 43mm models. The 43mm Aquaracer Professional 300 includes a limited edition Aquaracer Professional 300 Tribute to Ref. 844 – 844 examples only. Major visual changes are the 12 sided bezel and ceramic inserts, date magnifier 6 o’clock and a green-dialed 43mm with titanium case and bracelet. The watch series is powered by ETA-based Caliber 5 automatic movement offering 42 hour power reserve. Price: Starts $2,800

One of the most notable Rolex models to pop up this year is the Rolex Oyster Perpetual Explorer II. The reference 226570, this comes in a noticeable 42mm 904L Oystersteel case, but everything else including the watch bracelet, the dial, and hands, even the movement has been upgraded. The watch gets a lacquered white or black dial complemented with matte-finished black gold hands for the former and polished white gold hands for the latter. Water-resistant to 100 meters, the watch comes paired with three-link Oyster bracelet. The Rolex Explorer II is powered by the in-house, COSC Chronometer certified caliber 3285 automatic GMT movement that provides 70 hour power reserve. Price: $8,550

One of the most distinctive models with integrated bracelets in the Bulgari lineup, this new limited edition watch is designed in collaboration with Japanese architect Tadao Ando. Bulgari Octo Finissimo Tadao Ando, as it’s called, has a minimal dial design within a 40mm Octo Finissimo case that’s conjured up from sandblasted black ceramic. The watch equipped with a sapphire caseback and is water-resistant to only 30 meters. It has a gold crescent moon at 5 o’clock which not only presents the dial a unique visual grace but also symbolizes hope and prosperity in Japanese symbolism. The Octo Finissimo Tadao Ando measures incredibly thin at 2.23mm and is powered by Caliber BVL 138 automatic movement offering 60 hour power reserve. Price: $18,100

Patek Philippe had earlier this year made official that it is discontinuing the Nautilus 5711 40mm models, turns out we may just get to see one last variant released in 2021. Patek Philippe Nautilus 5711/1A-014 set for this year will feature the usual 40mm steel case but come with a dramatic olive green hue dial. The green horizontally-embossed dialed watch has gold markers and complementing hands. Interestingly, the latest Patek Philippe Nautilus 5711 will also get diamond decoration option, but in the same steel casing, as opposed to other PP diamond-studded watches in platinum and gold cases. The new watch will be powered by in-house caliber 26-330 S C automatic movement. Price: $34,893

If the name sound complicated that’s just because this watch is one of the most complicated ones ever made – topped with four faces. Yes, the Reverso Hybris Mechanica Caliber 185 has four dials and it’s the standout of the Jaeger-LeCoultre Reverso marque, which is celebrating its 90th anniversary this year. The watch with 11 complications which includes a minute repeater and perpetual calendar has been developed over six years. The watch measures 15.15mm in thickness, its primary dial has a semi-skeleton arrangement, while the other three faces are used to display lunar information. Jaeger-LeCoultre Reverso Hybris Mechanica Caliber 185 has a 50 hour power reserve. Price: €1.35 million

It’s a familiar watch face but if you like to own a perpetual calendar timepiece this is the one to get in 2021. Available in two variants – the Lange 1 Perpetual Calendar comes in either pink gold case or a limited edition white gold case. While the former – the standard variant – has a gray dial, the limited edition model pairs the white gold exterior with a strikingly beautiful pink gold dial (this while and pink gold option will be limited to only 150 pieces). The watch dial also makes room for moonphase and day/night indicator, and it’s powered by a brand new automatic caliber L021.3 perpetual calendar movement offering 50 hour power reserve. Price: Starts $104,500

Cartier entered a new league of watchmaking by announcing the first solar-powered Tank Must. The watch comes in two sizes – both in stainless steel casing with simple minute and hour layout. Dubbed the Tank Must SolarBeat, this is powered by Cartier quartz SolarBeat photovoltaic movement which draws solar energy through the dial – most importantly through the specially designed Roman numerals. The solar-power is good to keep the watch accurate for up to 16 years, Cartier claims. To keep the green credential further intact, the Tank Must comes on a vegan leather strap, which is made from apple extract from the fruit grown in Europe. Price: Starts $2,500

Vacheron Constantin for its centennial celebration of the Historiques American 1921 announced three new models in the Collection Excellence Platine. While the two models – 36.5mm and 40mm – feature white gold casing, the highlight is the special limited edition platinum 40mm version that comes with sandblasted platinum dial topped with white-gold Arabic numerals. The watches made in precious metal feature the recognizable square design with offset dial and are powered by in-house hand-wound caliber 4400 AS – same on the family of American 1921 – offering 65 hour power reserve. The fluid movement is visible through the caseback. The platinum variant paired with blue alligator leather strap is limited to only 100 pieces. Price $51,000

Colorful interpretation of ceramic watches has become a norm and Hublot is gaining an upper hand with a trio of limited edition wearable works of art. The watchmaker has introduced three models of Big Bang Sang Bleu II in choice of blue, gray and white ceramic. The 2021 models finished brilliantly in colorful ceramic each come in 45mm case and measure 16.5mm in thickness. The watches are powered by Hublot’s caliber HUB1240.MXM offering 72 hour power reserve. These are all limited edition models with only 200 examples of each being produced. Price: $27,300

One of the most fascinating Montblanc watches, the 1858 Split Second Chronograph has been delivered in new Lime Gold case, which reportedly is an alloy derived from a blend of 18K gold, iron and silver. The watch, as the name suggests, is limited to just 18 examples. The super-exclusive Montblanc 1858 Split Second Chronograph’s yellow golden color form factor is well accentuated by the green hands and same colored Arabic numerals on gold sunray dial. The highlight of the dial is the tachymeter in the center, which measures events up to three minutes long. The 44mm Montblanc features in-house Caliber MB M16.31 as its heart and offers 50 hour power reserve. Price: $50,000

Louis Vuitton’s Tambour Carpe Diem is one of the most talked about watch already and it’s definitely going to be a trendsetter through the year. Taking horological artistry to a new level, this LV watch thrives on functional automation (jacquemart) to display time on push of a button. The watch dial, featuring a rattle snake meandering through the eye of a skull placed adjacent to an hourglass, comes to life on pressing a pusher on the right side of the dial. When the pusher is activated, the snake head moves to reveal hours while its tail rattles toward minute indicator. The skull mouth opens to reveal the phrase “Crape Diem” and the eye makes way for the Monogram Flowers decoration. The unique complication watch is powered by manual-winding LV 525 caliber that provides 100 hours of power reserve. This new take on skull watches is water resistant up to 30 meters and is presented in 46.8mm rose gold case. Price: $475,000

The idea of sustainability is steadily seeping in into the world of horology. While many brands are tinkering with vegan leather and recycled plastic waste (collected from the oceans) as fodder for its straps, Panerai at the Watches & Wonder took it upon itself to display the possibilities of using recycled aluminum for case material. Proof of concept, Panerai Submersible eLab ID is made from a lightweight material called EcoTitanium that’s recycled aerospace-grade alloy. The eco-friendly watch is going to launch sometime next year and will be limited to just 30 pieces. This exclusivity is not only because of the sustainable case material but also because the parts of the P.900e caliber movement, the dial, strap and it’s buckle are all made from the conscious EcoTitanium. Price: $61,700 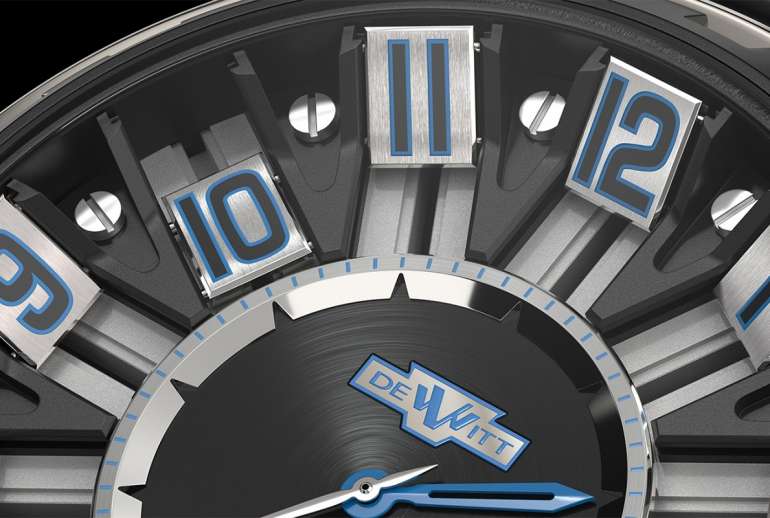 Academia Slide by DeWitt has a fascinating dial 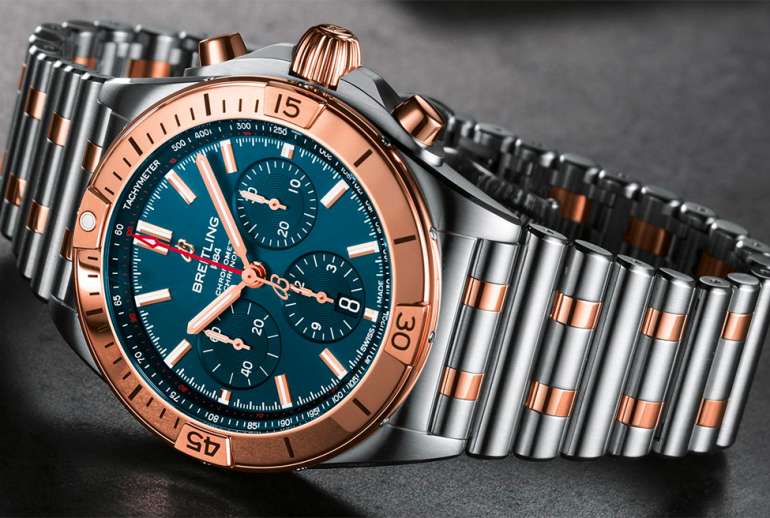