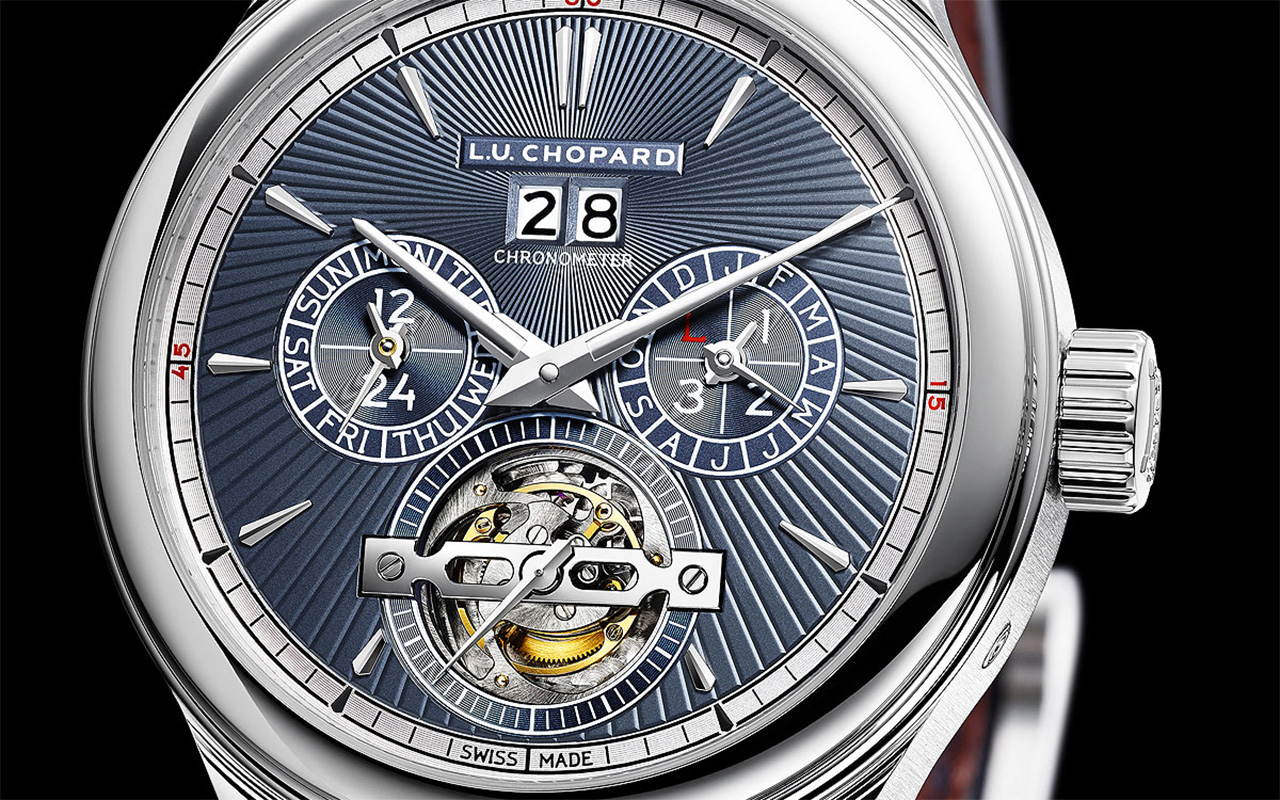 The minute I walked into the café, I noticed a smart young man, furiously scribbling into his diary with a very fancy ink pen. The second thing that I noticed on him was the Panerai he wore. To set the context – affluent India’s first choice in watches is typically an Omega, Rolex, Chopard, Hublot or JLC; watches like Panerai are usually the second or third watch in their collection. Hence, I was surprised to see this man flaunt his new acquisition at a local café and not a high-end party.

Naturally, I took this moment to strike up a conversation, and my new friend was completely floored that I knew so much about watches. He invited me to join him for another cuppa joe, and I ended up spending a good two hours, discussing the Patek Philippe Stainless Steel Grandmaster Chime (among other watches) that went under the hammer for a cool $31 million and the 20-odd complications in it.

Point being, I not only managed to have an interesting conversation with a random stranger, but we also got together for movie – Ford v Ferrari (what else did you expect!) – and dinner, the following week.

Inspired by this meeting, I’ve put together a list of some of the common watch terms that most of us assume, but could do with, understanding them better.

Caliber is a term used for Movement, which is the heart and soul of any watch. In lay terms, the Movement is the inner workings or mechanisms of the watch, which is either powered mechanically or with quartz. Under mechanical watches, we have an automatic movement and hand-wound movements.

An Automatic Movement is wound automatically by the motion of your wrist. It doesn’t require the twisting of the crown – which is the crux of hand-wound movements. When you move your wrist, the motion moves the rotor – or the counterweight – which powers the mainspring and turns the watch’s gears.

When it comes to mechanical movement, you will hear references to mainspring, gear train, escapement and balance wheel. These are the main components of the mechanical movement. The quartz movement on the other hand is powered by battery, so the keywords here are battery, microchip circuit, quartz crystal and stepper motor.

The way a mechanical watch works is that its powered by the movement inside, which stores up enough power for the watch to function seamlessly. This stored energy can be anywhere from 40 hours to days, depending upon the capabilities of the watch and the kind of complications it hosts.

Sometimes a watch may feature the power reserve gauge or an indicator on the dial of the watch. And this itself becomes a useful complication for the timepiece. This power reserve gauge shows us how much power is in the reserve, and when we need to wind the watch again.

The reserve gauge measures the tension of the mainspring and showcases the amount of power is left in the watch. Typically, the indicator will show in hours, but if it’s a 10-day power reserve watch, then the indication will be in days instead of hours.

Before we get into this, I just want to state that perpetual calendar, minute repeater and moonphase are my favorite complications.

Of course you know Chronographs – especially from the time we showcased our favorite five Chronographs here. However, coming back to the point, complications are simply additional functions of the watch, apart from telling us the time. Some complications like Date, Day Date, and Triple Calendar are very straightforward.

Another way to showcase the Day Date, is to have them side by side, usually at the 3 o’clock spot. The Triple Calendar adds the month of the year to the day-date display.

Perpetual Calendar is a horological achievement and is a leap above the annual calendar complication. While the latter will require adjustments for a leap year, a perpetual calendar watch factors in the leap year.

This means, you will not have to manually adjust the calendar on the 1st of March, during a leap year. A perpetual calendar watch will require a correction at some point, but the chances of that happening in your lifetime, are very slim. Blame it on the Romans, but on March 1st of the year 2100, it will not be a leap year, so this is when the calendar will have to be reset.

When a watch adds a stopwatch function to the list, apart from telling the time, then it’s called a Chronograph. A chronograph can be either quartz or mechanical, or even a mix of the two and requires activation via the pushers dedicated to them.

The Fly-back Chronograph was invented to aid pilots who require supreme accuracy when it comes to measuring time spans. When you push a second button on the watch, when the chronograph is in use, it instantly makes the counters to reset and start again from the zero marker. This level of split-second accuracy is important for navigation.

What this means is that while one hand moves, the other can be stopped, started or reset back to zero.

A Minute Repeater function when activated, makes a watch chime out the time, at the push of a lever, which is located at the side of the case. This is a function that was very popular with vintage pocket watches.

In today’s day and age, the value of a minute repeater is very limited. Typically, it is seen in novelties and collectable timepieces.

GMT or Greenwich Mean Time is the timezone that we all are very well versed with, and when it comes to watches, it only means a timepiece that can track the time at two different timezones. Your local time as well as home time timezone time.

There are Worldtimer watches that showcase 24 countries, marking the 24 important timezones. Originally, the GMT was developed by Rolex for pilots, way back in the 1950s, but we all know that GMTs are priceless for globetrotters and high-flyers.

A lot of people debate about the usefulness of the Moonphase Complication. Beyond doubt, the complication looks beautiful on a dial. Especially when some watchmakers go out of their way to celebrate it with an elaborate looking moon and its waxing and waning phases.

However, the truth is that only it showcases the lunar cycle, which can be helpful to those who need to know about the tide and its cycle. Skeptics aside, I personally find this complication very charming and it adds to the beauty of a watch.

The scale on the bezel that you see, is a Tachymeter, and it is used to measure the speed of the person wearing the watch, over a specific distance. The spacing between the marks on the tachymeter dial are proportional to ​1⁄t, where t is the elapsed time.

Tourbillon is an elaborate part that takes time to make, and is essentially a cage that spins the balance wheel on its own axis. It helps to negate the effects of gravity and was an important element in pocket watches. With wrist watches, it does add to the novelty of the watch, and unfortunately to the price as well. 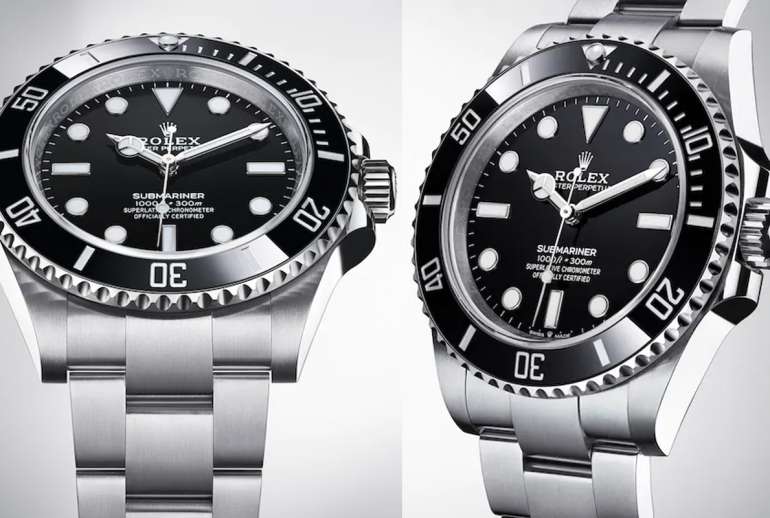 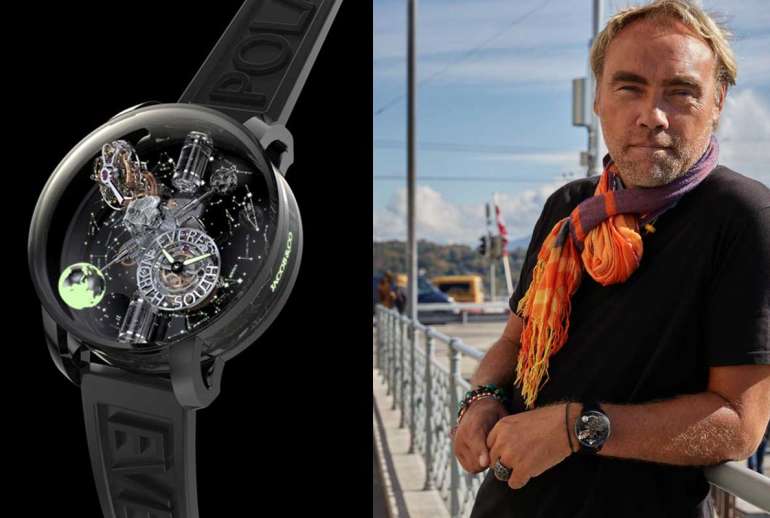 Jacob & Co. Astronomia Everest incorporates rock from Mt. Everest, water from both Poles of the Earth