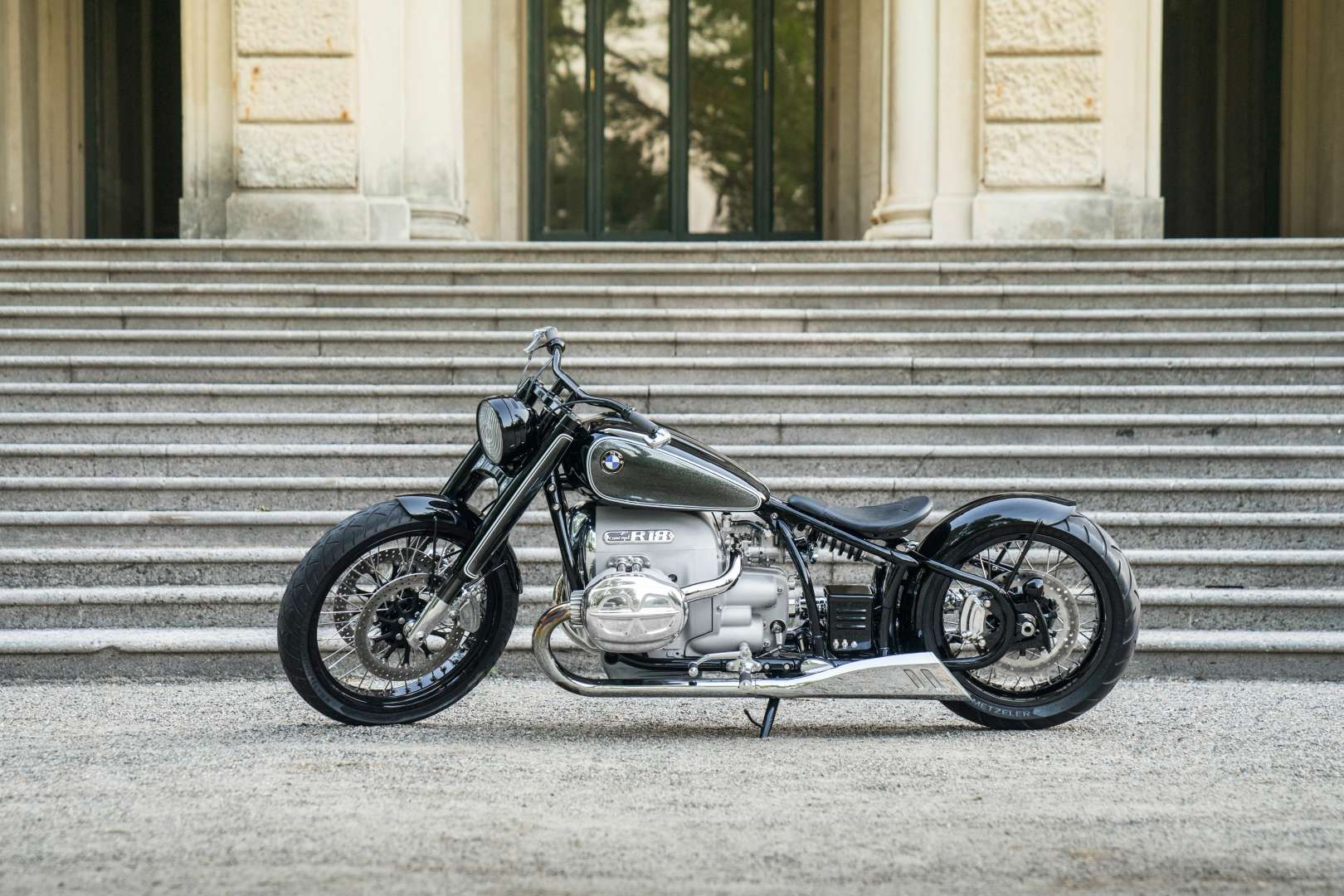 The Concept R18 is a tribute to the past with a modern interpretation. It evokes the timeless elegance of the BMW R5 from the 1930s. Meanwhile, the classic boxer engine layout is a nod to BMW motorcycles from the 60s. We had the first glimpse of this 1800cc boxer engine at the Handbuilt Show in Austin, Texas. It wasn’t long before BMW decided to slap this motor into a proper frame, and the BMW Motorrad Concept R18 is the result of that.

“With this dream bike, BMW Motorrad presents its own version of an emotional and authentic offer for the large cruiser segment,” declared Dr. Markus Schramm, head of BMW Motorrad.

Where the Concept Link is an electric scooter for urban environments, the BMW Motorrad Concept R18 is bringing back the nostalgia of the roaring 30s. It pretty much resembles the vintage R5 with the cradle frame, drop-shaped fuel tank, and exposed universal shaft. “With its clear aesthetics openly on display, the Concept R18 embodies for me what motorcycling, at its core, is really about,” adds Edgar Heinrich, head of BMW Motorrad design. “It is all about feeling instead of thinking, and not using technology for self-staging, instead giving space for imagination.”

This is in direct contrast to the Jetsons-inspired styling of the Concept Link, which BMW claims is the future of urban mobility. But with the Concept R18, it’s all about the integration between man and machine, and nothing more. No fancy screens, touch-sensitive luggage compartments, or Wi-Fi connectivity. The Concept R18 speaks to a different part of the brain. “This concept bike appeals to something deep down – you just want to just get on it and ride off. But when you get off it again, you don’t just put it in the garage and walk away – you turn around again and give it a final parting glance,” explains Heinrich.

The devil is in the details

The Concept R18 has all the right ingredients to become a modern classic. The exposed, chrome-plated universal shaft is there for everyone to see. The way it connects the back wheel to the drive system is a fusion between science and art. There are no covers or body panels to hide the mechanical intricacies of the engine, drivetrain, and frame. The large spoke wheels are fitted with Metzeler tires. In fact, the only semblance of modern electronics in the Concept R18 are the lights and starter motor.

The frame and the gas tank creates a common line from the steering head to the rear wheel hub. This simplistic approach of creating a singular, flowing line is responsible for the honest, in-your-face look of the Concept R18. “The biggest challenge in the design is to render everything visible. There are not many who would dare to take such an absolutely honest approach”, says Bart Janssen Groesbeek, designer of the Concept R18. “Every part has a functional purpose.”

The BMW Motorrad Concept R18 is boasting a new 1800cc boxer engine with a vintage-inspired design. It may look like a vintage motor, but it has a higher displacement and modern air/oil cooling systems. But in order to look the part, BMW Motorrad pulled all the stops to make the boxer engine a bit more special.

The engine block and transmission are crafted from glass bead-blasted aluminum. The exposed aluminum components like the valve covers and belt guards are hand-polished to perfection. BMW utilized Solex dual carburetors to solidify the visual authenticity of the Concept R18.

The BMW Motorrad Concept R18 is very much a classic BMW motorcycle. The black paint work pays homage to the vintage R5, but some of the painted areas are treated with a metallic shimmer to emanate a modern character. Providing a stark contrast are the hand applied white lines along the fork and fuel tank with discreet yellow-gold varnish effects between the white lines.

Even the imprinted single leather seat is an ode to the 1950s. Other luscious details include the cantilever spring strut beneath the seat and the retro graphics in the headlamp design.

The BMW Motorrad Concept R18 is, sadly, just a concept. But it gives us a glimpse to the future of motorcycle design. “For me, motorcycles like the BMW Motorrad Concept R18 are a response to a growing need among the motorcycling community: instead of technology, the focus here is on simplification, authenticity, and transparency,” concludes Heinrich. “Our aim with this concept bike is to address this need and turn it into an analog statement in a digital age.” 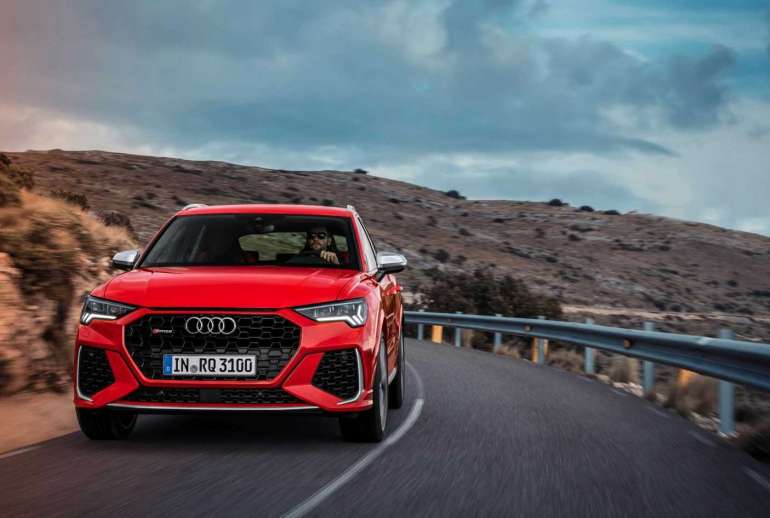 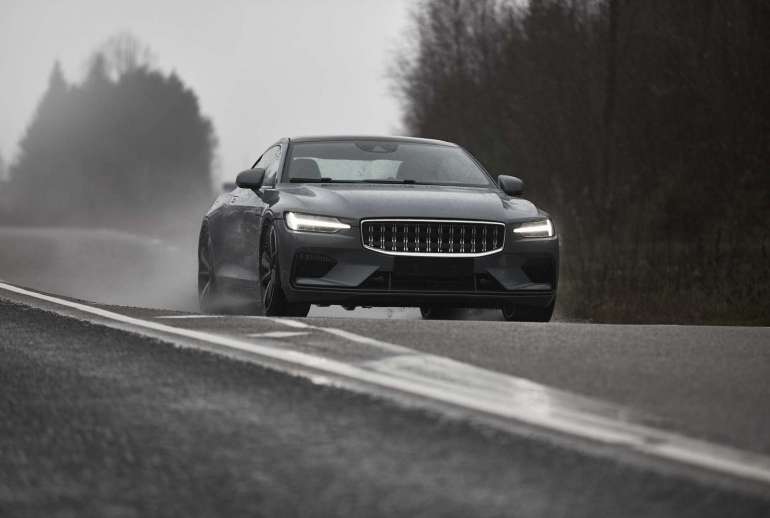