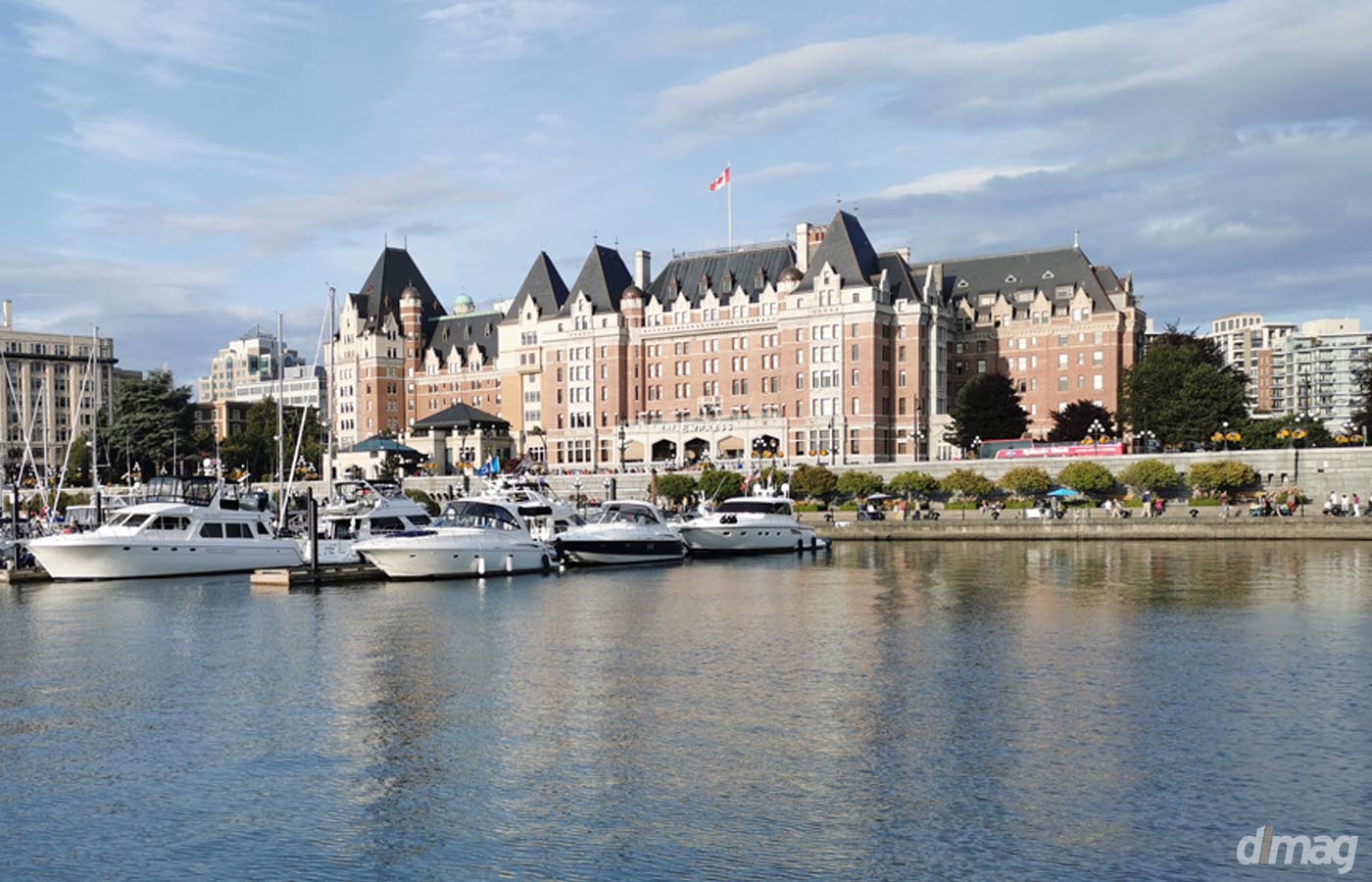 The small city of Victoria in British Columbia sits on the very southern tip of Vancouver island. The town’s most iconic buildings that graces the city’s central harbor is the Fairmont Empress – a luxury hotel that, while not quite as ornate as the Hôtel de Ville in Paris, bears a resemblance to it with regard to architecture and roof styling.

The Fairmont Empress Hotel is the most iconic hotel in the charming city was commissioned to be built back in 1908 by an architect named Francis Rattenbury, not long after British Columbia was designated a province of British Columbia. The hotel has been so well known and successful ever since that a sign wasn’t even put up on the hotel until after many years later. The hotel is the first choice for many celebrities such as Rita Hayworth, Roger Moore, Katharine Hepburn, Harrison Ford. Not to mention the British Royals, King George VI and Queen Elizabeth, have sojourned within. In fact, it is considered one of the Top 21 Iconic Hotels in the World by National Geographic Traveler magazine.

But like most historic buildings, the Fairmont Empress Hotel experienced a lull in the number of visitors during the 1960’s and the hotel fell into disrepair and became outdated.

Recently, I told a friend of mine about an impending visit to Victoria, British Columbia –whereupon they advised me not stay at the Fairmont Empress Hotel. This friend had visited Victoria years ago and did not like it for some reason. She suggested that I opt for something more fashionable and modern. Thankfully, I did not book a reservation in advance, waiting to get to town and make a final decision on site. But when I walked into the Fairmont Empress Hotel, the decision to to stay was made right away based on what I saw firsthand.

A few years ago, the city decided that the loss of the historic building would be a loss and too much to bear. Eventually, when all was said and done, a whopping $45 million dollar investment was made into the renovation and refurbishment of the establishment. And it certainly has paid off because the Fairmont Empress Hotel is the best place to stay downtown. In fact, the restoration was so expensive, it is referred to as the “Royal Restoration”.

Walking into the palatial main lobby with beautiful carpets, tall white columns, a crystal chandelier, you’ll be greeted by the warm smiles of a professional and well-dressed hotel staff to check you in. If you’re lucky, you may also get to meet the hotel’s resident Black Lab, Winston, who works in the hotel lobby from 9 to 5, who sits un offensively and wags his tail as guests check in.

During the high seasonal months of summer, room rates start around $500 Canadian dollars (about $385 USD) for a standard room with no view. Walking into the room, you immediately notice the tasteful decoration and attention to detail, including the furniture and lamp fixtures. The room was spacious and luxurious for a standard room. The bed was clean and the mattress was of high comfort and quality. The bathrooms are well laid out and consist of marble, glass, large mirrors, good lighting and excellent shampoos and body soaps made by Le Labo out of New York.

Heading down to the lounge for an evening of drinks will leave you thoroughly impressed. The lounge is incredibly swanky with well composed cocktails – it is also one of the most happening places in town to be without being overcrowded.

The other parts of the building are dominated by warm wood and skillfully made Tiffany-style stained glass windows, brilliant marble floors, and accents of upholstery and palm plants.

After a restful night of sleep, you can head down to one of the food areas for a hearty breakfast of your choosing with a delightful staff that came across as genuine and real people who actually loved their jobs.

In addition, the hotel has an indoor pool, health club to maintain a fitness routine. The Willow Stream Spa is within the building – an award winning spa – to indulge in a little pampering during your stay. An attached area made of copper ceilings, brass, and windows can host conventions and weddings. There is also a lovely rose garden with walking paths on the hotel grounds around the building. Of course one of the best aspects of the Fairmont Empress Hotel is its location directly across from the wharf, so all you have to do is walk out of the door and you’ll find yourself at the heart of the charming city of Victoria. All in all, the Fairmont Empress Hotel is an excellent luxury hotel that’s worth the price of the room and will offer you a memorable stay in the city of Victoria on Vancouver Island. 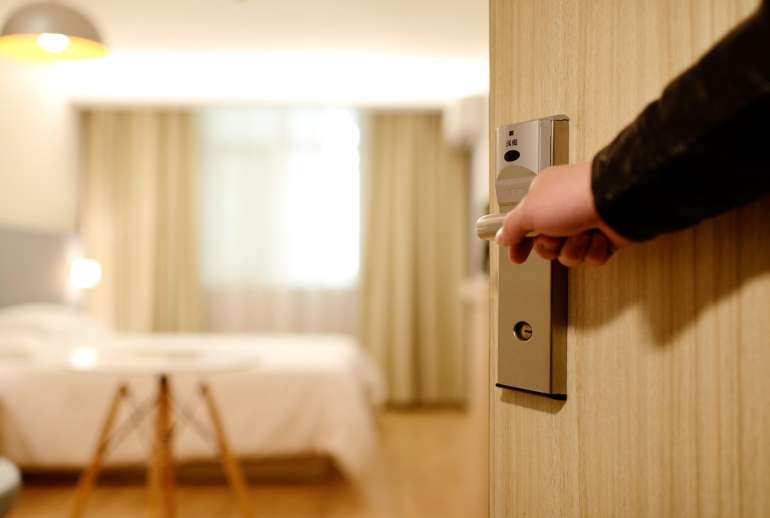 How to stay safe from bedbugs while traveling 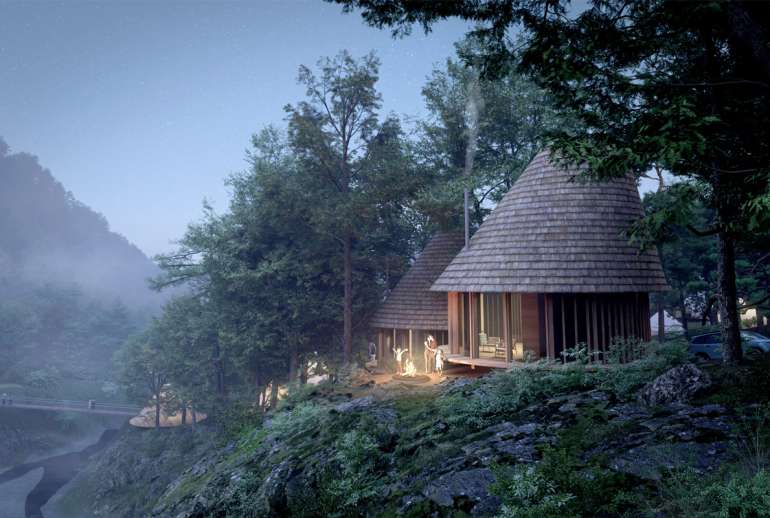 Hygge Circles Ugakei: Themed-campground will be compelling getaway for adventurers in Japan