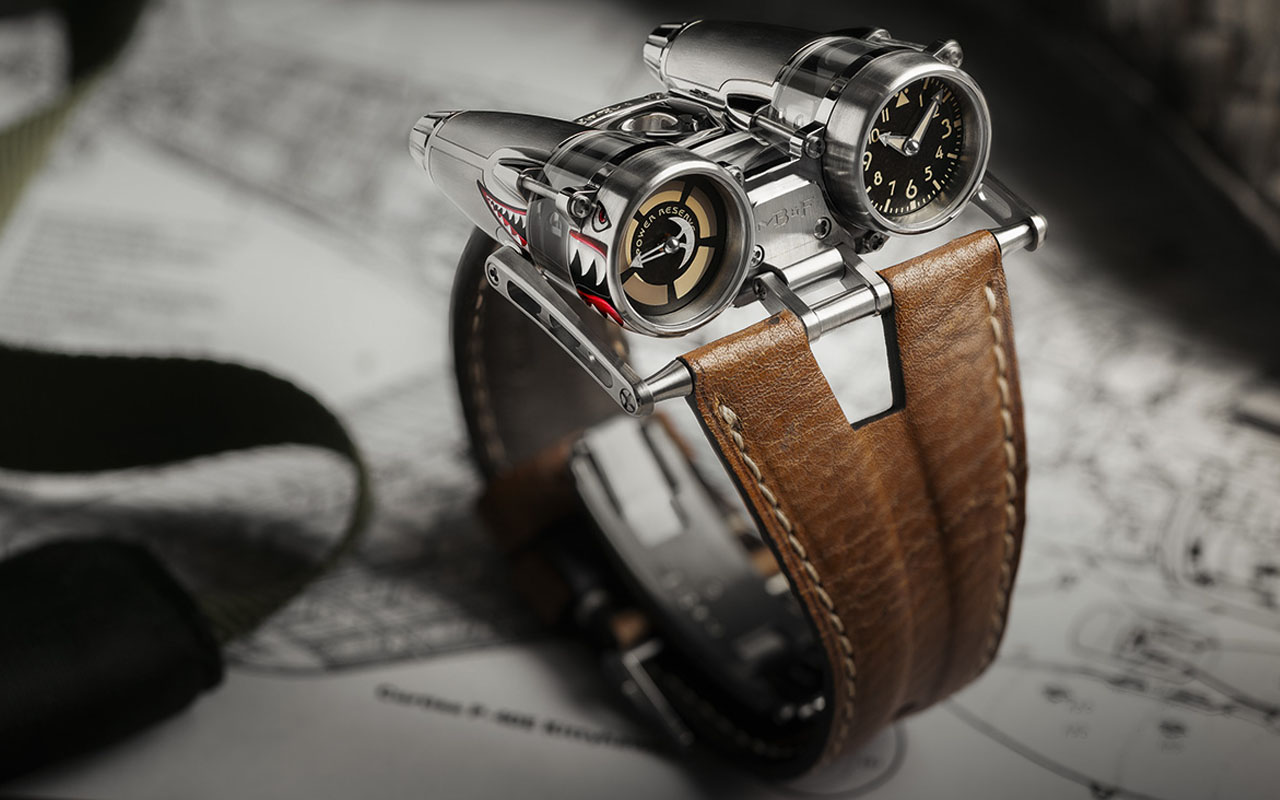 MB&F’s HM4 Thunderbolt edition released in 2010 was a culmination of Max Büsser’s obsession with model airplanes. The limited edition watch saw just 100 pieces in the last decade, and now to celebrate HM4’s 10thanniversary, MB&F has created the HM4 Kittyhawk, inspired by the P-40 Kittyhawk single-seat WW2 fighter aircraft (a.k.a. Warhawk/Tomhawk) that debuted in the late 1930s.

The menacing aircraft crafted a name for itself in major squadrons and earned the title ‘Shark Squadron’ attributed to its signature shark teeth under the red nose of the propeller. MB&F takes those aggressive looks and creates a watch as nostalgic, celebrating HM4’s success.

Unlike the original watch, the HM4 Kittyhawk goes with a smoother design (minute layers of titanium shaved-off) from the sides to highlight the shark motifs – the teeth and eyes in particular. The delicate artwork is done by well-renowned miniature panting artist Isabelle Villa, giving the timepiece the facelift it deserves.

For protection of the art, a coat of varnish is applied. Being an MB&F creation, the watch is as exclusive as you can ask for – it’s finished with polish and brushing of the surface, along with the delicately machined and then polished sapphire panels.

Over the decade, MB&F HM4 has taken many superficial forms while the innards remain more or less the same. There’s the right-hand dial with the printed numerals and a couple of arrow hands for timekeeping. The left-hand dial for the power reserve indication has the aircraft instrument inspired counterweighted arrow hand and the khaki power reserve scale.

Of course the MB&F HM4 Kittyhawk has the manufacture MB&F HM4 hand wound movement with a tweaked set of mainspring barrels for this unique case design. Then there are the 311 components and 50 jewels to make the movement possible. The Kittyhawk theme bleeds to the brown leather strap that’s highlighted by the tanned contrast stitching – adding to the WW2 fighter airplane flair that’s undoubtedly nostalgic.

MB&F HM4 Kittyhawk watch is truly timeless and its exclusivity can be gauged from the fact that its price is upon request. Truly one for the watch collectors – more so for ones who love that era! 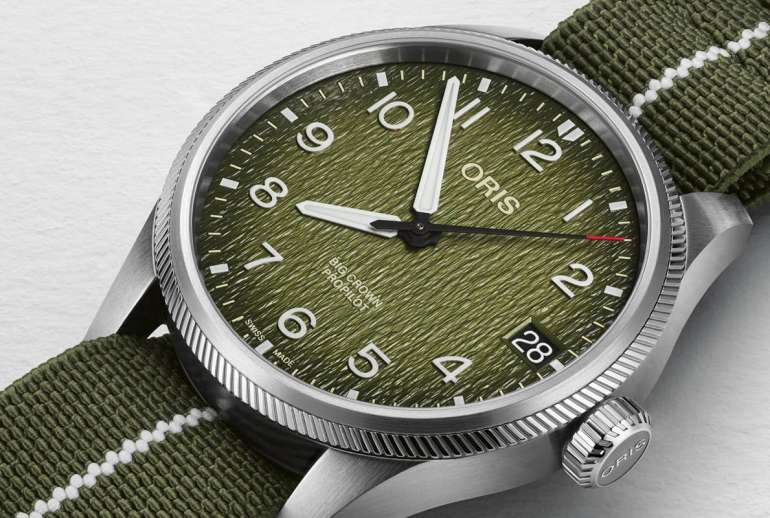 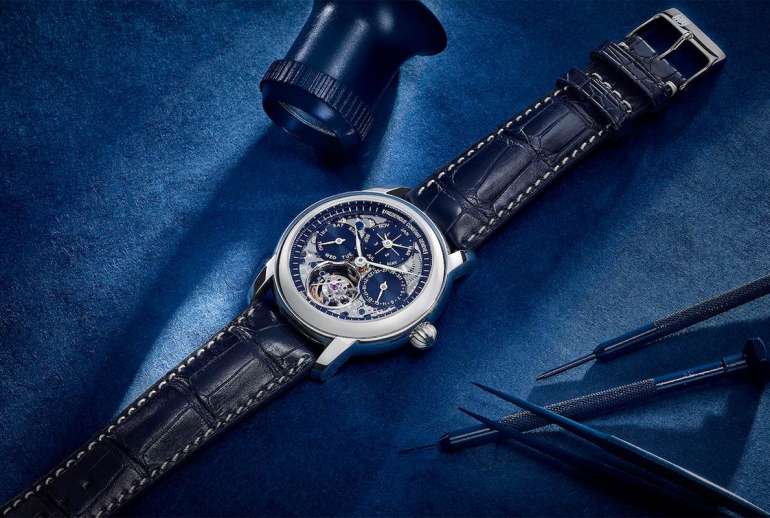