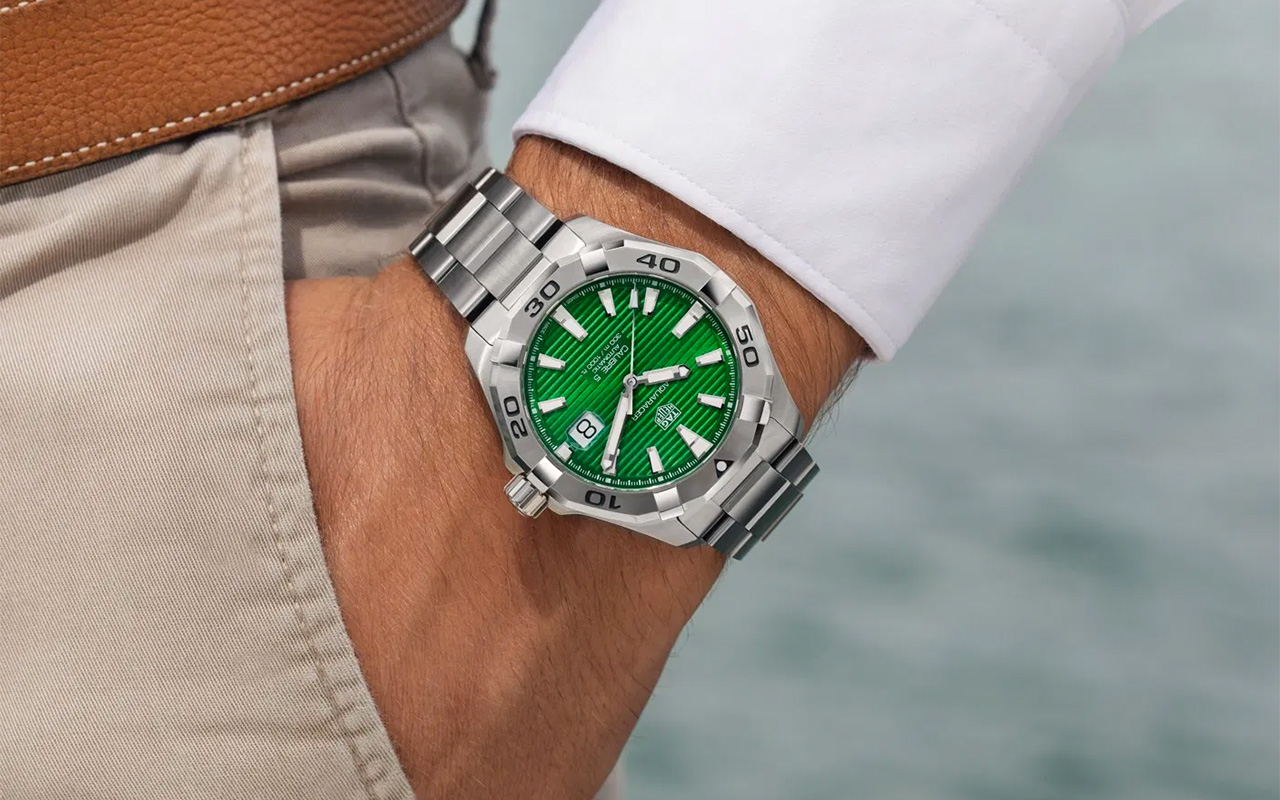 Defined by many as the ultimate sports watch inspired by the aquatic world, the roots of TAG Heuer Aquaracer has the story of evolution, well engrained in its DNA. We all know that TAG Heuer’s range mainly focuses upon the motorsport arena, and the Aquaracer range is seen as the water sport and diving watch range that TAG Heuer indulges in.

When Jack Heuer launched the very last model – the Heuer 2000 in 1982 –  the range was renamed in the early 2000s as the brand moved away from the 1000, 1500, 2000 …. categorization of the 1980s. In its new identity, the Aquaracer is the only watch to carry on the legacy of the ‘six features’ that it made its debut with. A direct descendant of the early dive watches, the Aquaracer is equally important as the Monaco and Carrera collections.

The Old Makes Way for New

The Aquaracer’s journey started in 2004, when TAG Heuer gave us the 2000 Aquaracer, an automatic quartz-powered watch. The steel cases measured 38mm – 41mm steel and offered 300m water resistance. The two unique facets of the 2000 Aquaracer included the use of circular lume-filled hour-markers and the use of a colored aluminum bezel.

Updating their Fall 2019 collection, TAG Heuer has come out with two new Aquaracer dive watches and they look creatively distinguished in their green metallic dials. The first one – the 43 mm Aquaracer Green – is for men and has a dial that showcases the sunray effect on the green dial, along with the raised horizontal lines that move across the dial. In many ways this depicts the wooden docks where sailboats are anchored.

His and Hers Aquaracers

The 32 mm Aquaracer Green is meant for the ladies. This watch hosts the vibrant green sunray dial, however the horizontal lines that we see in the men’s version, is not a part of this watch. Eleven diamonds mark the hours and the date window is omitted in this timepiece. Hence the 3 o’clock spot is sans date window and the magnification for the date.

Coming back to the men’s watch, this timepiece hosts noticeable applied steel luminous indices, hands. The white printed chapter ring showcases the hours, minutes, and seconds. And this watch hosts a magnified date window that is found at the 3 o’clock spot.

The men’s Aquaracer hosts a unidirectional rotating steel countdown dive bezel and this also hosts numerals filled with black lacquer. The triangle at 12 o’clock is showcased with a luminous dot. Under the hood is an outsourced Swiss-made automatic mechanical movement and the water-resistance is 300 meters.

For the women’s watch we don’t find the engraved numerals on the unidirectional rotating steel bezel has engraved numerals that are not filled any lacquer. However, you will find a lume dot at the 12 o’clock spot.  The hour and minute hands are luminous, and the watch is powered by a Swiss quartz movement.  It comes with 300 meters of water-resistance. 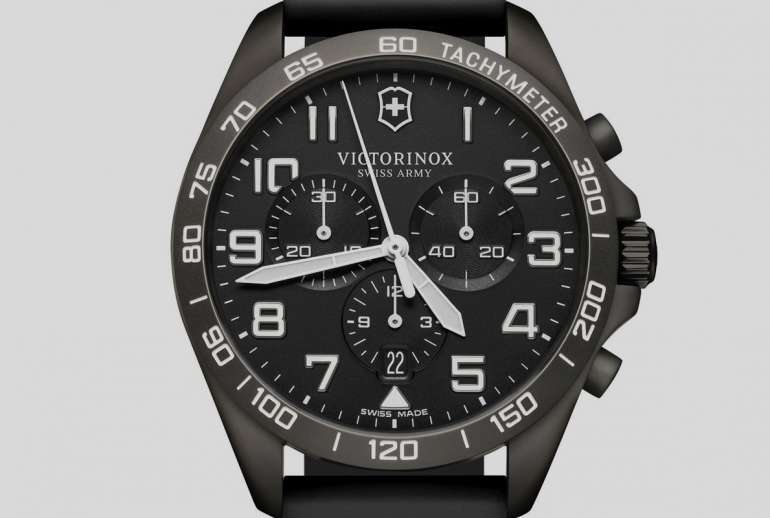 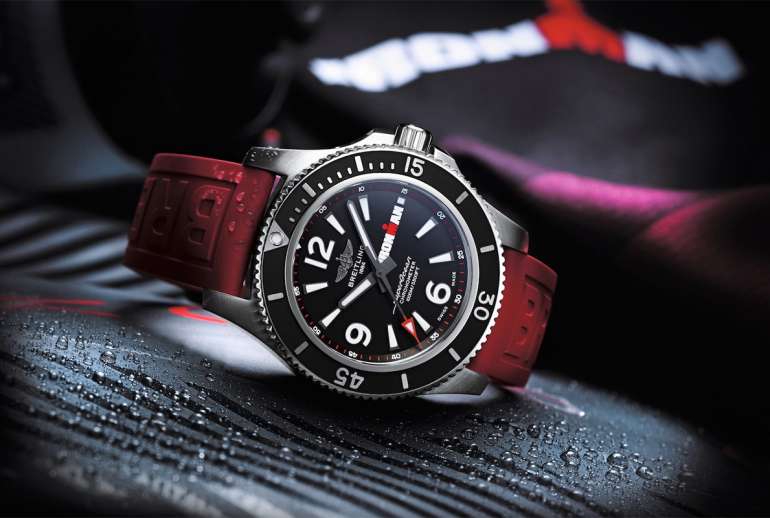 Breitling Superocean Ironman Watch is for the Triathlon Super Heroes