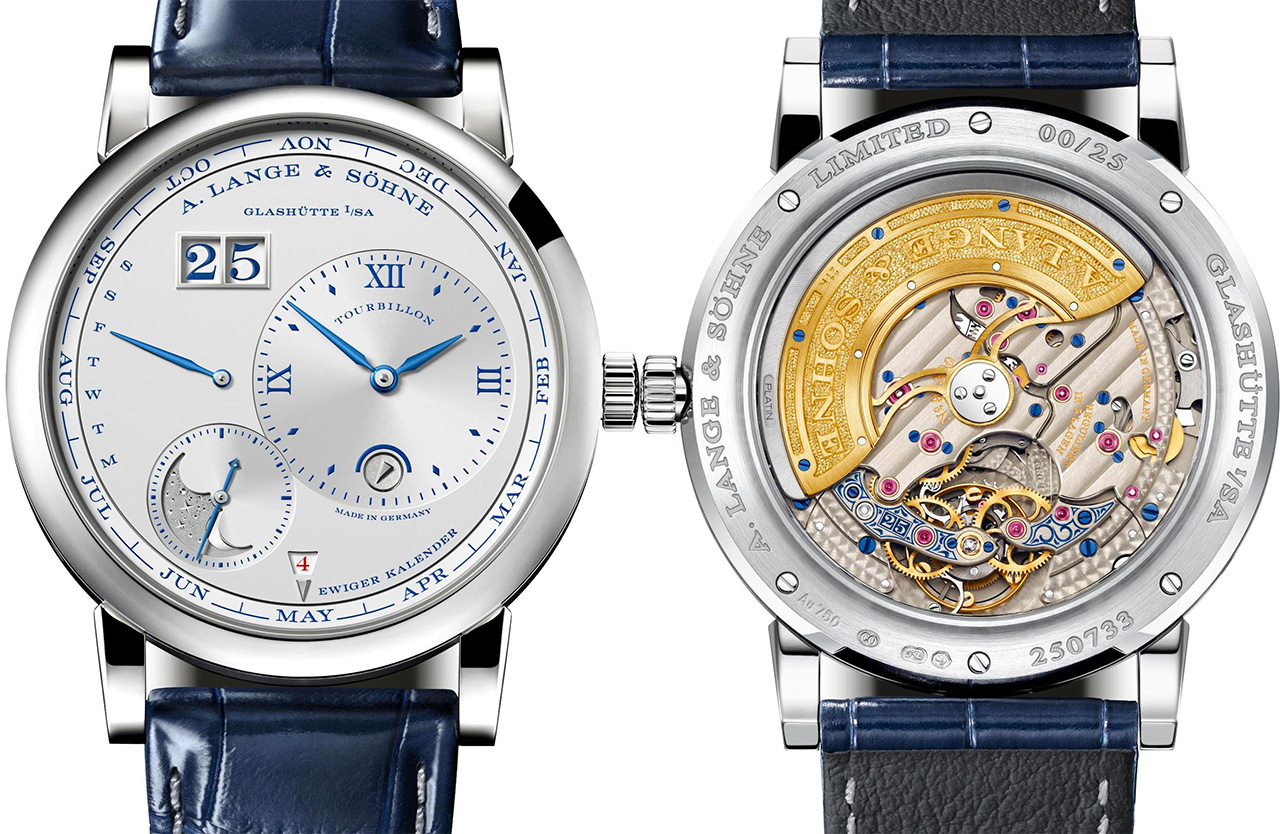 I remember 1994 more for the year I got engaged than for the fact that A. Lange & Söhne debuted the Lange 1 series of watches. The engagement broke off, but twenty-five years later it goes to show you that you can have a more meaningful and dependable relationship with your watch than partner – just kidding! To mark this anniversary, A. Lange & Söhne is out with the Lange 1 Tourbillon Perpetual Calendar 25th Anniversary Watch – one of ten timepieces the watchmaker is featuring this year. The 25th Anniversary Edition is a part of the Lange 1 series and released earlier this year.

I am very impressed with blue-printed argenté-coloured dial, because it exudes a very vintage and royal appeal. Complementing the dial and the tone are the blued hands, but it’s the moon disc in white gold that really catches my fancy. Especially the delicately done stars, apparently they are hand engraved and look their sparkly best! Moreover, I have a thing for the Perpetual Calendar watches. The trouble of changing the date every leap year can be frustrating for some. And for this, the Lange 1 Tourbillon Perpetual Calendar is a watch with the most complications, in this collection.

Getting into the details, the moon-phase indicator shows the phases of the moon with precise accuracy for the next 122.6 years. The retrograde day-of-week indicator is seen at the 9 o’clock, and while most of us would expect the power reserve to be displayed here, I like the shift. Matching the move, is the date window, very discreetly placed at the 6 o’clock position. The months are written on a peripheral rotating ring and indicated with a silver arrow marking, again at the 6 o’clock position. So when May moves into June, the ring moves to the silver arrow marker. I suppose this just adds to the theatrics of the dial which has a lot of things going, yet is well balanced in terms of design and functionality.

While the dial of the watch has a familiar vibe to it, the essence of the Tourbillon cannot be seen until you flip the watch over. Giving us 50-hours of power reserve, the Lange manufacture caliber L082.1 matches the mechanics of the Tourbillon. The gold, silver, and blue combination looks grand and will enthrall all those who are lucky enough to own this watch. It’s a shame you can’t show it off! Crafted in White Gold, the 41.9mm case works well with the Sapphire Crystal to keep the watch water resistant up to 30 meters. The hand-stitched Blue Alligator strap has detailing of gray contrasted stitching, which goes really well with the watch. Limited to only 25 pieces made, this $335,800 watch with diamonds inlaid into the movement, makes it one of the most aspirational watches around. 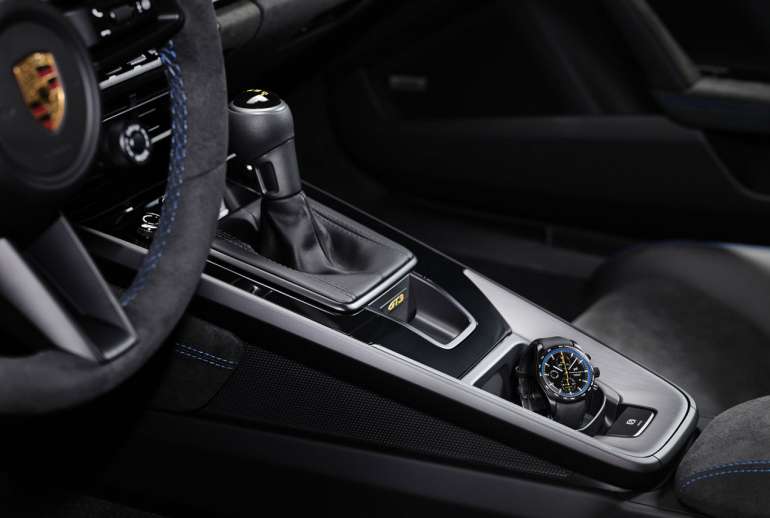 Only Porsche 911 GT3 owners can buy this beautiful watch 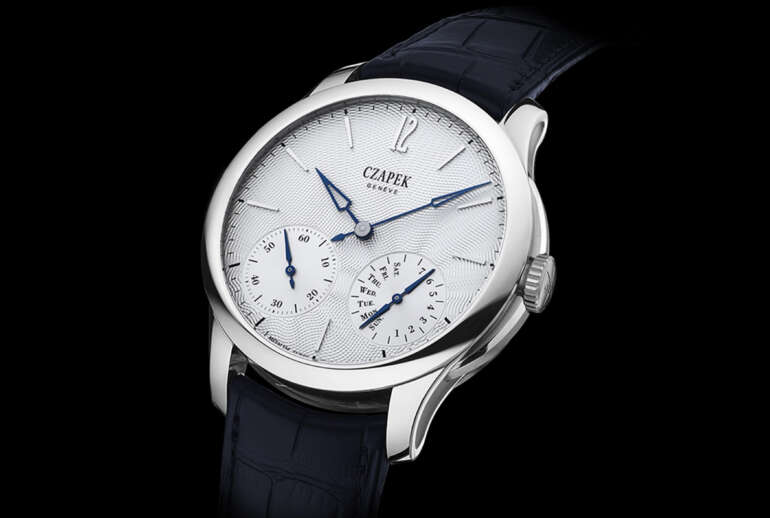