The Moon and Beyond: The Speedmaster Pro’s Legacy 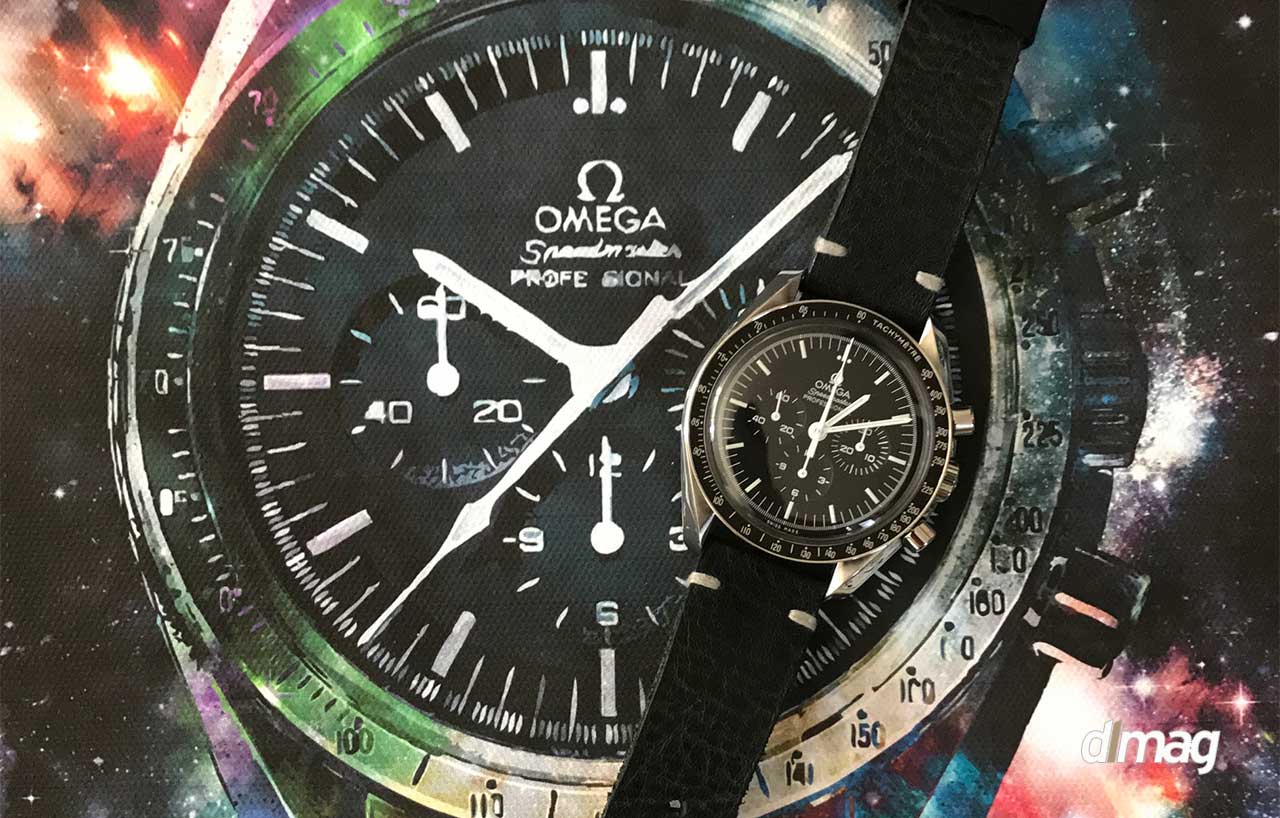 It’s been 50 years since the OMEGA Speedmaster first landed on the Moon– an achievement that’s boldly declared on the Moonwatch’s official website.

The Speedmaster Professional has, since then, cemented itself into history books, not least because it’s one of the most visible horology objects used in many NASA piloted space mission to date. To unravel why the Moonwatch has amassed a cult following over the years is to unpack the layers of history involved in its making and legacy.

The introduction of a watch world icon

The first-ever Speedmaster Professional Chronograph was introduced in 1957, as a racing and sports chronograph in honor of and complementary to OMEGA’s appointment as the official timekeeper for the Olympics.

Some of the reigning hallmarks of the model today carry on from the first Speedmaster– reference CK 2915, or the ‘Broad Arrow’, designed by Swiss watchmaker Claude Baillod. CK 2915 had a domed Plexiglas crystal, a triple-register layout and broad arrow hands that lent it the savvy nickname. The classic metal bezel was engraved with a tachymetric scale.

The Speedmaster became OMEGA’s flag-bearer in the motorsports chronograph market way before it made it to the Moon. The original Calibre 321 movement was used in early Speedmaster and was introduced in 1942– a brainchild of the then-absorbed movement expert Lemania– but changes to the movement that came in 1946 and after would prove to be highly desirable to NASA space program.

The Speedmaster’s race to space

Well before landing on the Moon, the Speedmaster unofficially made it into space in 1962 on the wrists of astronaut Walter Schirra. The Speedmaster reference CK2998 (a new reference at the time) was Schirra’s personal watch that he wore onboard the Sigma 7 during the Mercury-Atlas 8 mission in October of 1962.

Similar models are available in the market today and limited-edition CK2998 editions were released in the 21st century, but the original watch rests in OMEGA’s museum. That was the start of the Speedmaster’s, indeed OMEGA’s dalliance with space.

In 1964, NASA’s Operation Director Deke Slayton sent out an internal memo outlining the strict guidelines to streamline the selection of a watch fit to go into space. NASA engineer James “Jim” Ragan requested 10 brands to send in models for testing. Only four brands responded to this request– Hamilton, Rolex, Hamilton, and Longines-Wittnauer.

Each of the four was then asked to send in three watches each for further perusal. Rolex sent in their reference 6238, Longines-Wittnauer the 235T and Omega, the Speedmaster reference 105.003. It is said that Hamilton sent in a pocket watch instead of a wristwatch and hence couldn’t be considered.

The 105.003 sported white baton hands in place of the Alpha hands, making them more legible. But the tests NASA had planned went well beyond smooth movements and precisions– they were designed to completely break down the watch to see how they would fare in the best and the worst of conditions.

Some of the tests these watches were put to include 48 hours in temperatures of 160°F (71°C), four hours at 0ºF (-18ºC), three cycles of vibration and even 30 minutes of exposure to 130dB acoustic noise over a certain frequency.

Come June 1965, the Speedmaster reference 105.003 received the official qualification to be used during manned space missions!

The Speedmaster on board the Apollo 11

Now that the Speedmaster was qualified as ‘Flight Qualified for all Manned Space Missions’, it was all set to be a part of the world’s most adventurous forays off the planet at the time– a journey to the Moon. The spirit of the mission was fuelled by then US President John F. Kennedy, who famously said: “No single space project in this period will be more impressive to mankind, or more important for the long-range exploration of space”.

On 16 July 1969, the Apollo 11 blasted off from Kennedy Space Centre and the Eagle lunar module landed on the surface of the Moon four days later. Commander Neil Armstrong stepped onto the surface first, uttering the now-immortal words that don’t need repetition. 20 minutes later, pilot Edwin ‘Buzz’ Aldrin stepped out of the module– strapped to hi high-tech spacesuit was the ever-reliable Speedmaster. From that day on, the chronograph was effectively rechristened as the Moonwatch.

Did you know? Legend has it that Neil Armstrong also had a Speedmaster with him– however, he is said to have left it in the module before stepping onto the Moon!

The Speedmaster’s other valiant highlights

The Speedmaster’s lustrous career didn’t end there– in fact, that was just the start. In 1970, a Speedmaster was also a part of the unsettling Apollo 13 mission but stepped up as quite a hero. After a reserve oxygen tank exploded and caused the electronic timekeeping on board, Commander James Lovell used his Speedmaster’s to time the re-firing of re-entry rockets, allowing himself and his crew to return safely to Earth.

As a tribute to its crucial role in their survival, makers OMEGA were decorated with the ‘Snoopy’ award– the highest-ever accolade bestowed by the astronauts of NASA.

14 years later, the Speedmaster once again made it to space– this time on the wrist of Bruce McCandless during the first-ever untethered spacewalk in the history of humankind. This came off the back of the Speedmaster’s selection as the official watch of the Space Shuttle Programme in 1978.

Did you know? Since 1957, the Speedmaster has been worn during all six lunar landings.

OMEGA and Speedmaster’s other associations

The Speedmaster’s legacy extends beyond NASA and space, as wild as that may sound. What other household names would the brand be associated with? That answer came in 1932 and repeated itself on 28 occasions– the Olympic Games. Omega has recently released a Tokyo 2020 Limited Editions in several color variations.

It’s no small feat to accurately record timings in the heat of the game. Timings are manageable while waiting for the train– when on the field or on the track, it’s everything. The recording and time-keeping were until then delegated to various brands, but each could only come accurate to 1/5th of a second.

Naturally, this led to a lot of inexcusable inaccuracies– it was around this time that the ball was in OMEGA’s court to become the official timekeeper and live up to that title by producing precise recordings down to the last millisecond.

The world-renowned partnership kicked off by OMEGA being named the official timekeeper of the Olympic Games henceforth. Sports Technical Director William Henry went on to write that even the contemplation of the Olympic Games was impossible ‘without recognizing the part played by OMEGA’.

The next revolution came in 1948 when the firm used a photo-electric cell for the first time ever at the St Moritz Olympic Winter Games and later at the Games in London. This set the ball rolling for what was to be a deluge of technological advancements, from the printable results in 1952 to real-time timing on television in 1964.

Did you know? The 1964 leg of the Games, held in Innsbruck, was the first-ever fully-electronic Games.

The draw of the Speedmaster today

On the way to today, the Speedmaster has picked up quite a few hefty accolades and associations. Small wonder, then, that it has amassed a dedicated following and continues to be one of the most coveted luxury watches to date, be it for investment or for show.

The emotional connect: For many, the Speedmaster is a symbol of what humankind can accomplish– flying untethered in space, stepping onto the moon, even saving astronaut lives. This makes it collector-worthy because it’s woven in and out of the fabric of science and humankind.

The technical precision: Precision time-keeping is a salient feature of OMEGA watches– more so of the Speedmaster. OMEGA has consistently set standards in chronometry and in horology. It makes sense, especially considering its origin as a racing and sports chronograph and later transitions into Olympic time-keeping.

Value maintenance: For those looking to invest in luxury watches, set your eyes on the Speedmaster. It’s done exceptionally well throughout the year, continuously retaining its value quite well (of course not as well as sports steel Rolex pieces). The initial models, especially ones that graced the wrists of astronauts, are museum-worthy pieces, but newer and limited editions of these watches are worth giving a shot (such as the Snoopy Award Limited Edition with white dial).

Fascinating movement: The original Calibre 321 had a column-wheel that was to be hand-bound. Despite transitioning to the considerably more modern Calibre 1861 today, the original 321 is still highly sought after across second-hand and vintage markets.

Outfit transitions: The demand for steel watches are highly-driven today by the fact that they’re so versatile. Naturally, this extends to the Speedmaster, which is as known for its archetypal design that’s as functional as it is slick. Many also offer the option of changing straps, which makes them even more conducive to taking from the racetrack to cocktail party in a jiffy.

Vintage appeal: Since the Speedmaster retains value and has a much-loved design, it makes sense that it has a vintage appeal. Prices soar especially high when the watch is in mint condition, in its original box, and without any replacements or service dials.

If you’ve managed to acquire a Speedmaster, vintage or new, congratulations– you have a slice of history in your watch collection. But taking care of it is critical to maintaining its resale value and keeping it in pristine condition.

Servicing: OMEGA themselves suggest that the Speedmaster be serviced every four to five years at an authorized center. The costs may seem astronomical, but it’s a crucial factor in maintaining the condition and value of your Speedmaster. As stringent as they are during production, OMEGA is just as careful during servicing and applies heavy checks and tests to ensure your watch is ticking away nicely.

Brand care recommendations: Alongside servicing, OMEGA also lists recommendations to ensure the preservation of your watch, Speedmaster or other. This includes keeping the watch away from solvents and detergents, using a soapy toothbrush and a dry cloth to clean the casing .

Vintage watch restoration: Often a family or individual may have a watch that carries such a heavy legacy that it’s worthy of being passed down to generations. In cases like this, it’s always good practice to send your watch, if manufactured before 1940, to the brand’s ‘specialized restoration watchmakers’.

During the restoration process, the faulty or worn-out parts are replaced with components from a special stock dedicated to ancient watches. If parts are missing or out of stock, then a fresh component is crafted by hand.

A restored watch at the Omega service centers will come back with service documents to the watch where applicable – and will usually carries additional warranty – BUT remember to request them to notify you before proceeding when parts require replacement – as this is where you will need to make the hard decision to allow new “modern” parts to replace the original parts; in turn will result in lost of value to a vintage piece.

The Speedmaster Professional, or ‘Speedy Pro’ as its affectionately known to many aficionados, is one for the archives, the museum, and the watch collector’s repertoire because of its legacy through the years, mechanical precision and a design that never goes out of style. 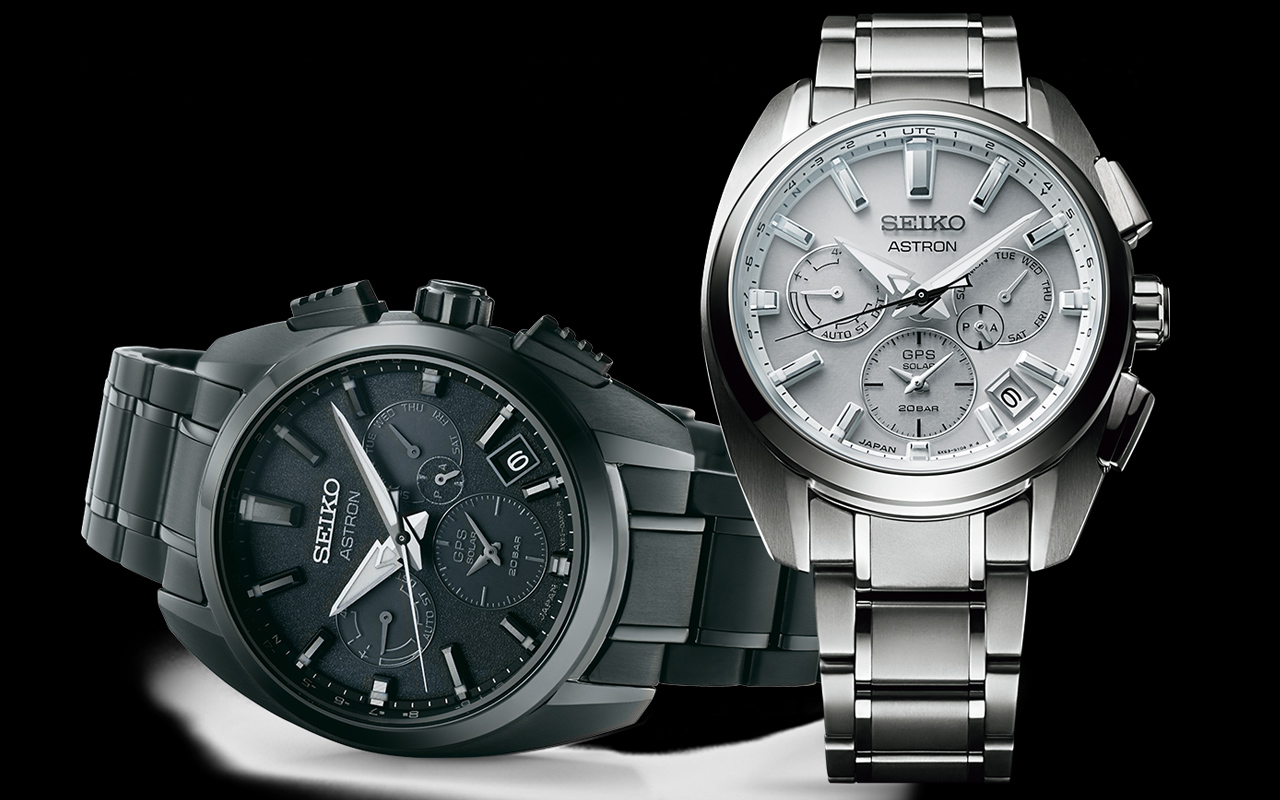 Seiko Astron collection is modern take on the classic watch 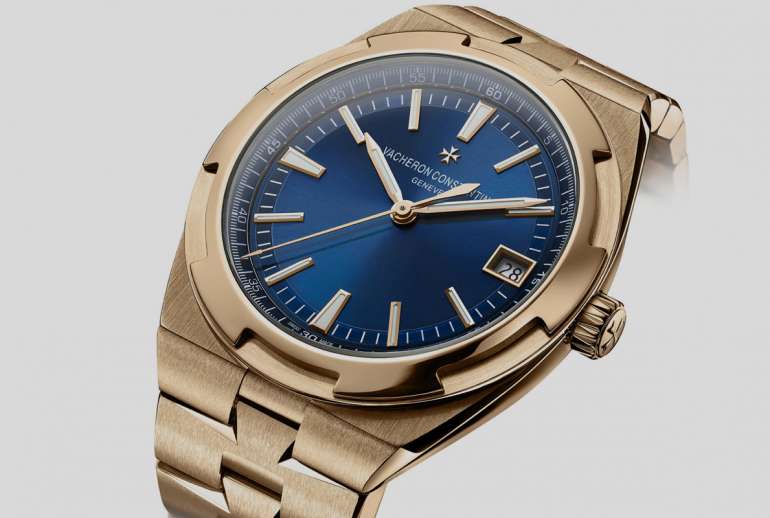