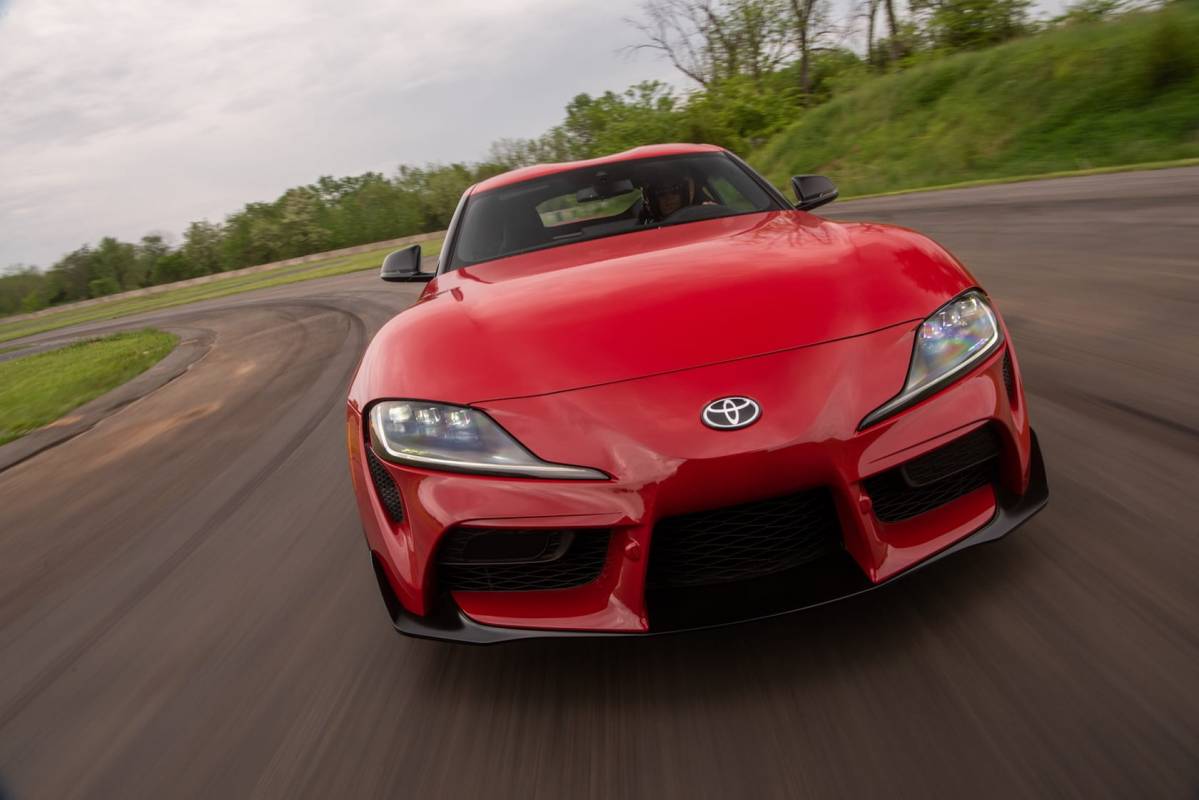 For hardcore Toyota fans, the 2020 Toyota Supra is the arrival of the king. And with that being said, the new Supra has a lot riding on those voluptuous rear haunches. When the new Supra broke ground earlier this year, I was one of the many people who was left wanting for something more.

But after a lengthy tete-a-tete with our suave Editor-at-Large Chris Davies, he confirmed the Supra is – after all is said and done – a really good car. Chris got behind the wheel of the 2020 Toyota Supra in Summit Point Motorsports Park in West Virginia, and it wasn’t an ordinary run-of-the-mill test drive. We figured the next best thing is to come up with the top five things we love about Toyota’s newest sports car after driving it.

This will hopefully end the debate on how much of BMW’s soul (and DNA) is shared with the new Toyota Supra.

Toyota went for balance, not sheer power, and it works!

I have to admit, I wasn’t expecting to use the word ‘balance’ in describing the new Toyota Supra. You can blame this on images of an orange, topless Toyota Supra thrashing a Ferrari F355 Spider along the Pacific Coast Highway etched in my brain. So maybe I’m expecting a bit more from the fifth-generation Supra.

But Chris insists that sheer power is not what Toyota was pining for when it co-created the new Supra. And amazingly, it works. “BMW’s 3.0-liter inline-six engine can be squeezed for more horsepower and torque: we’ve seen just that in the Z4. What Toyota has done, though, is balance its turbocharged output with the setup of the car,” said Davies. “Not so much power that you feel like you’re wasting it 90-percent of the time, but not so little that the new Supra feels slow.”

Toyota engineers went to great lengths to make the new Supra tuner-friendly as well. If you’re missing the modified histrionics of a modified 2JZ-GTE engine in the previous MK4 Supra, you are free to modify the new Supra’s inline-six as you wish, and the car is ready for that. But after paying $50,000 for a new Supra, the best way to enjoy it at first is to leave it as is. Why? Because 335-horsepower feels gloriously marvelous when paired with an ultra-stiff chassis. “It leaves the Toyota feeling engaging both on the track and on twisty roads because you need to nail all the variables to get the very best performance,” added Davies.

Again, the styling is one of the controversial attributes of the new Toyota Supra. It has glimpses of the magnificent FT-1 concept car, but the production model ended up looking like a ricer’s jellyfish. Some of the styling cues hark back to the face of the previous-generation A80 Supra, but some people found the fake vents to be offensive, to say the least. “First question everyone asks is ’why all the fake vents?’ Back when Toyota revealed the new Supra late last year, we were more than a little confused about its styling,” said Davies. “The automaker does, though, have a good excuse.”

And since the magical aura of the previous model Supra was honed and perfected in the tuner’s garage, Toyota wants to retain that cult following in the new model. “Toyota’s expecting the Supra to be a hit with tuners, and so paved the way for features like extra cooling or aerodynamics – without owners needing to take an angle-grinder to their car. It’s a clever nod to how the original Supra became a modder-favorite; just get used to having to explain the theory behind the design,” added Davies.

The sports coupe segment is small, and the new Supra makes a big splash

Have you ever asked yourself how many crossovers and SUVs are needed to satiate the needs of the public? I personally have nothing against large vehicles, SUVs, or pickup trucks. The SUV market is flourishing as I speak, but I feel the automotive market has not enough sports cars, and Chris agrees with me on this. “Your options are fairly limited if you want an affordable sports car these days. Porsche’s 718 Cayman is the Supra’s obvious competition, and Toyota has priced and equipped it out aggressively,” said Davies.

Without a doubt, Toyota wasn’t aiming for the moon with the new Supra. Besides, the Lexus LF-A folklore is still very much alive in the hearts and minds of enthusiasts. But it gave the new Supra enough power to outrun the Porsche 718 Cayman. On the other hand, the Supra’s platform twin – the BMW Z4 – is engineered to beat the Porsche Boxster. “And with the Supra, you get a bigger, more powerful engine than the base Cayman, along with a better-equipped cabin, for thousands of dollars less,” adds Davies. “Badge purists may not be convinced, and the lighter Porsche definitely feels more nimble, but nobody should argue with more choice.”

In Normal driving mode, the Toyota Supra is unexpectedly… normal

As with all modern cars with state-of-the-art electronics, the new Supra is equipped with user-selectable driving modes. Chris is all praises for the Supra’s driving modes. He feels it gave the car a multifaceted personality. “In Sport mode, the new Supra can play on the track with the best of them. Hit the button to put it into Normal mode, though, and it’s a very different car,” Davies adds.

So did Toyota accidentally create a grand tourer to take the thunder away from the drop-top BMW Z4? Not quite. But it’s good to know you can drive the new Supra as a normal car without the aches, pains, and discomfort in most performance cars. “Toyota doesn’t bill the Supra as a grand tourer, but with the engine and transmission tamed, the steering lighter, and the adaptive suspension softening out road bumps, long journeys shouldn’t be back-breaking. Even the trunk is fairly practical,” added Davies.

The new Supra has the best Toyota cabin in the range

This is not surprising at all. If you ever spent time driving a modern BMW, the new Supra cabin will feel like home. Is this a good or bad thing? It really depends on how you look at it. The buttons and switches may be all too familiar for some, but the premium vibe in the Supra’s cabin is too hard to ignore. “Yes, Toyota had some help in designing the cabin. A whole lot of BMW has ended up inside the new Supra, and you’d be forgiven for needing to glance at the Toyota badge on the wheel every so often to remind yourself what car you’re in,” clarifies Davies. “That said, BMW makes a great cabin, and so the Supra’s is clearly laid-out, feels high-quality, and has useful tech like wireless Apple CarPlay.”

I admit the new 2020 Toyota Supra is not what I was expecting. But with a starting price of below $50,000 and the transcendent allure of the Supra badge, Toyota’s fifth-generation Supra is lovable enough to merit our approval. 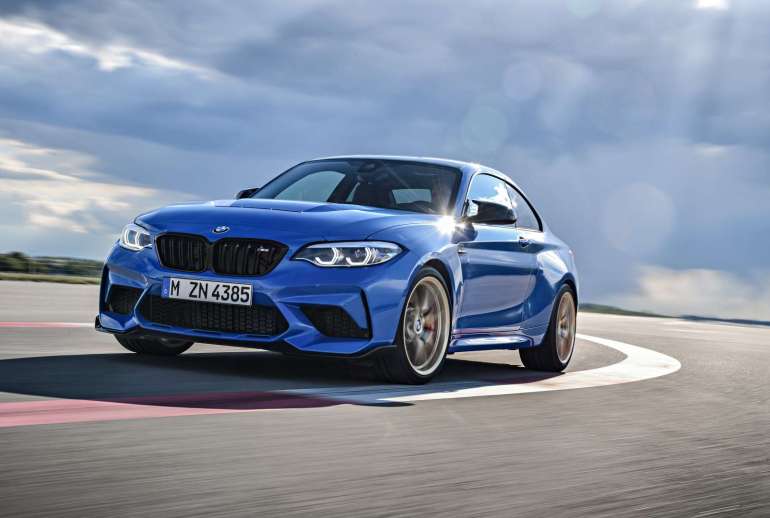 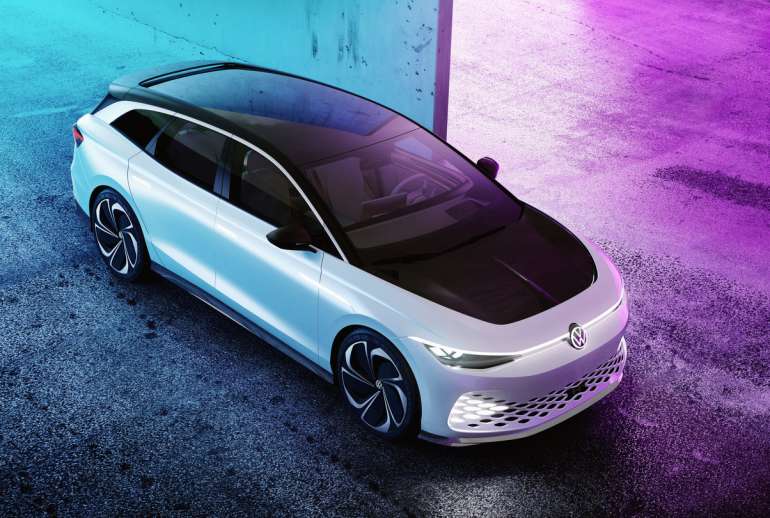