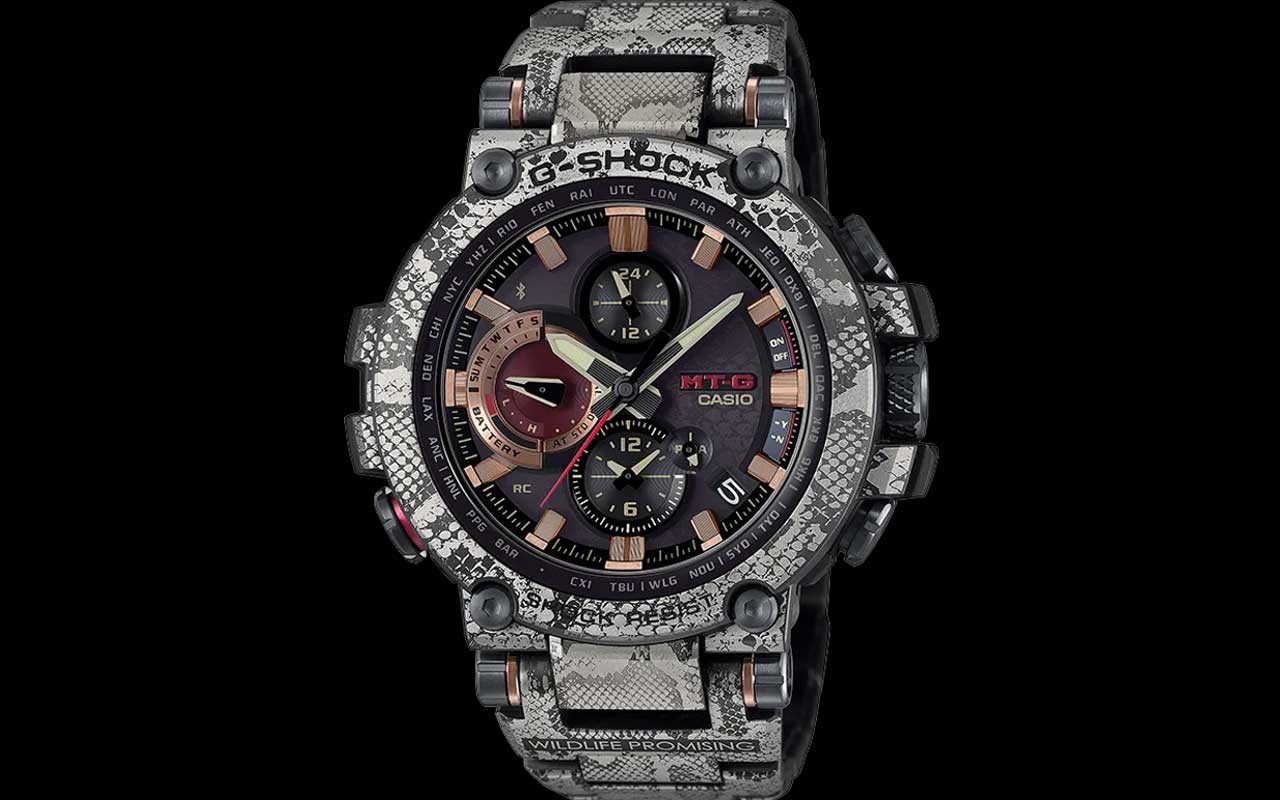 Since the end of 1990s, G-Shock has been teaming up with various environmental organizations to issue special edition watches. The humanitarian aspect of the rugged watchmaker has come to fruition yet again with a G-Shock inspired by the skin pattern of the African Rock Python – the largest snake in Africa, which is also an endangered species.

Based on the G-Shock’s “Love The Sea And The Earth” theme, this collaborative watch, based on the brand’s MTGB1000, is made in partnership with Wildlife Promising, a nonprofit working toward the coexistence of humans and animals in Africa.

The watch based on the celebrated MT-G series G-Shock it features a serpentine look with the brown, black and golden pattern of the African Rock Python on the case, bezel and hands of the watch. The look is completed with a red seconds had that matches color of the snake’s tongue.

Things get interesting on the back of the watch where the G-Shock’s theme of the environmental initiative “Love The Sea And The Earth” has been inscribed. With all the form, function, and durability of the G-Shock, this special edition watch should not be missed if you have a soft corner for the wildlife.

G-Shock has modeled the MT-G series connected watch as the wildlife-themed variant. This is designed thus to keep an accurate time anywhere in the world. For this, the watch uses the Connected Engine module, which connects to a server through a paired smartphone (using Bluetooth) or radio wave time calibration signals.

This makes the solar-powered G-Shock accurate no matter where in the world you are. Featuring a large 52mm stainless steel case, the watch is water-resistant up to 200m and has gone up for pre-order starting November 24. If you’re interested, you can order it for $1,300, it will come packed in a box decorated with the African Rock Python motif. 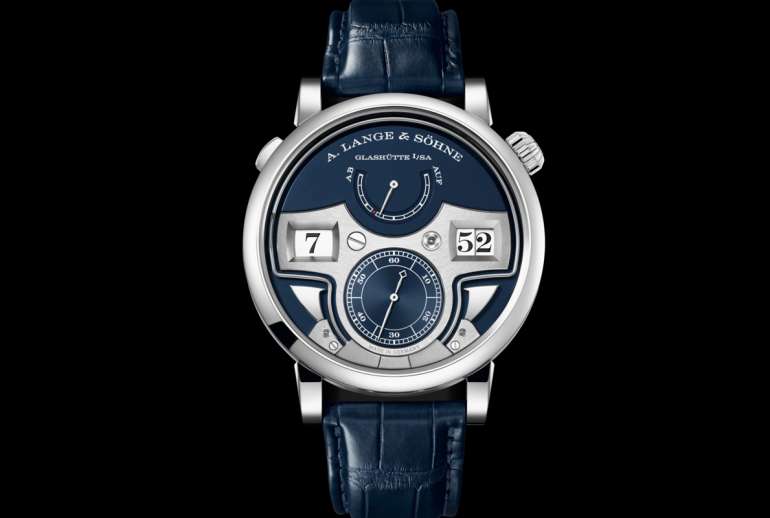 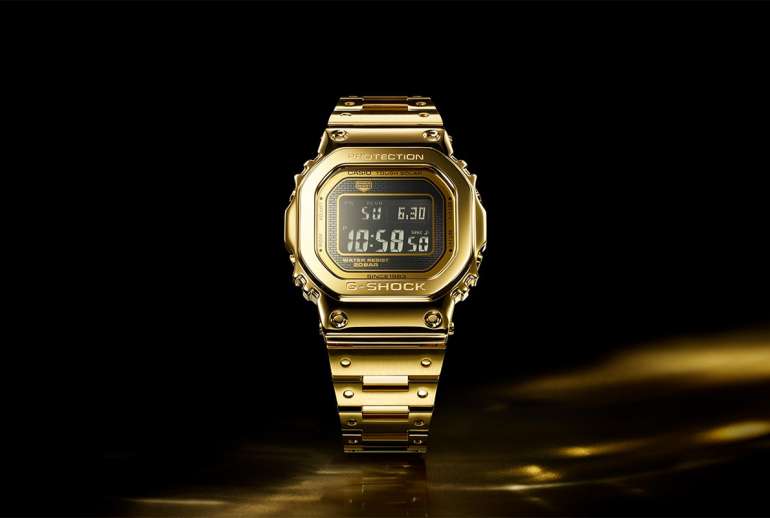