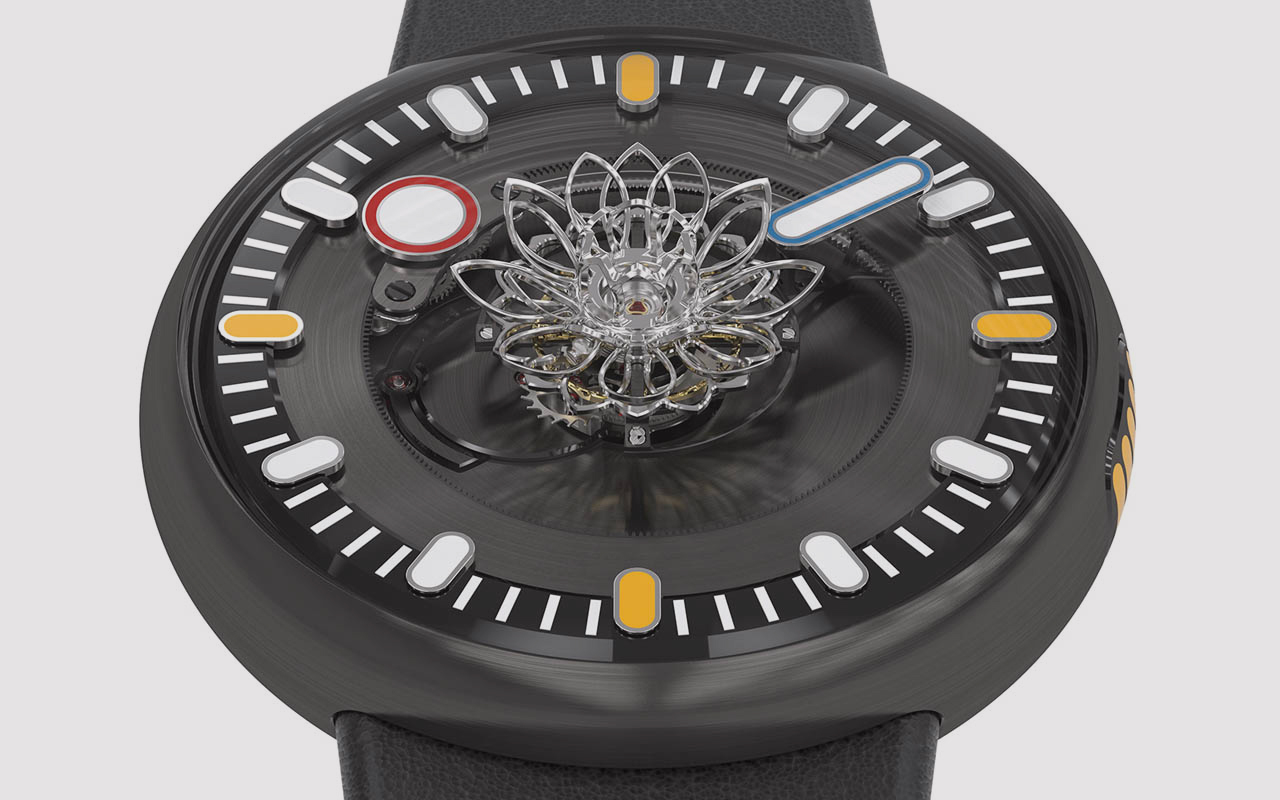 Boutique brand Kross Studio burst into the scene just last year, and already it has made a good name for itself in the watchmaking scene. Known for its flamboyant Batman and Star Wars timepieces, the brand has settled down a bit with its latest creation in collaboration with Alain Silberstein.

Dubbed the Lotus Tourbillon, the timepiece has the signature Alain influence in the form of geometric shapes and pop culture design. In fact, it was the designer himself who got impressed by Kross Studio’s central vortex watch (having Death Star theme) and got in touch with Marco Tedeschi, founder of Kross Studio for a lotus-inspired design.

The highlight of the timepiece is the central tourbillon with the crowning of lotus flower made out of polished grade 5 titanium. It has a spiritual significance in most religions and adds a majestic influence with the four elements assembled in superposition.

The timekeeping attributed to the peripheral display of the hours and minutes orbits 360 degrees around the tourbillon. This gives a perception of the passage of time which is another highlight of the watch. The sublime 45mm titanium case is encapsulated by black DLC treatment and the lotus is placed under a sapphire dome.

On the dial, the components are hand-satinised in circular shape from the center and black treatment enhances the perception of a lotus floating in serene waters. When light falls on the titanium lotus petals, they shimmer to reveal visual magic of the timepiece.

The winding movement having 120 hours power reserve is actuated by the central ring on the back and push button on the 3 and 4 o’clock position. This ensures a symmetrical design and quick winding as compared to traditional crown watches. On the caseback, the red circles line up with the Kross Studio branding, and the graphic elements of Alain Silberstein engraved with yellow lacquer on the dial.

The watch has two strap options – one in black vegetable leather with rubber lining and other in black rubber – both of which are interchangeable. Lotus Tourbillon will be limited to just 18 pieces for a price tag of $80,000. The owner will get a certificate of authenticity signed by Alain Silberstein and Marco Tedeschi. 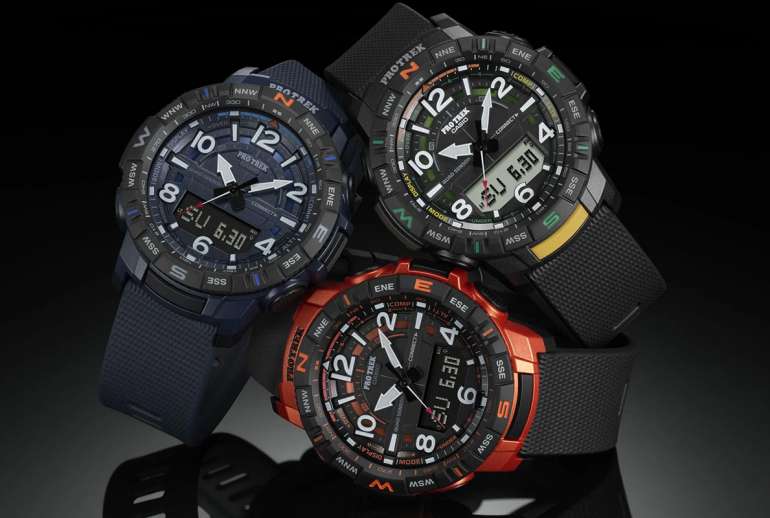 Casio Pro Trek PRT-B50 Gets Smartphone Link into the Mix 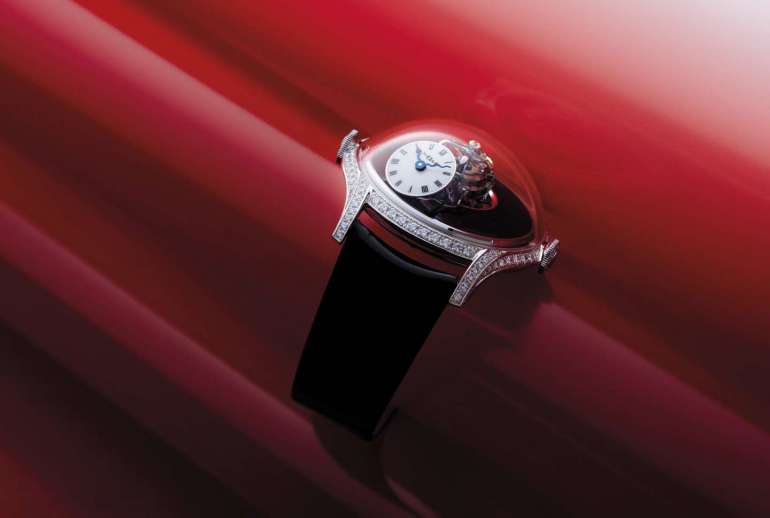 Don’t Bother with Roses: Five Watches for Mom (if Money Were No Object)