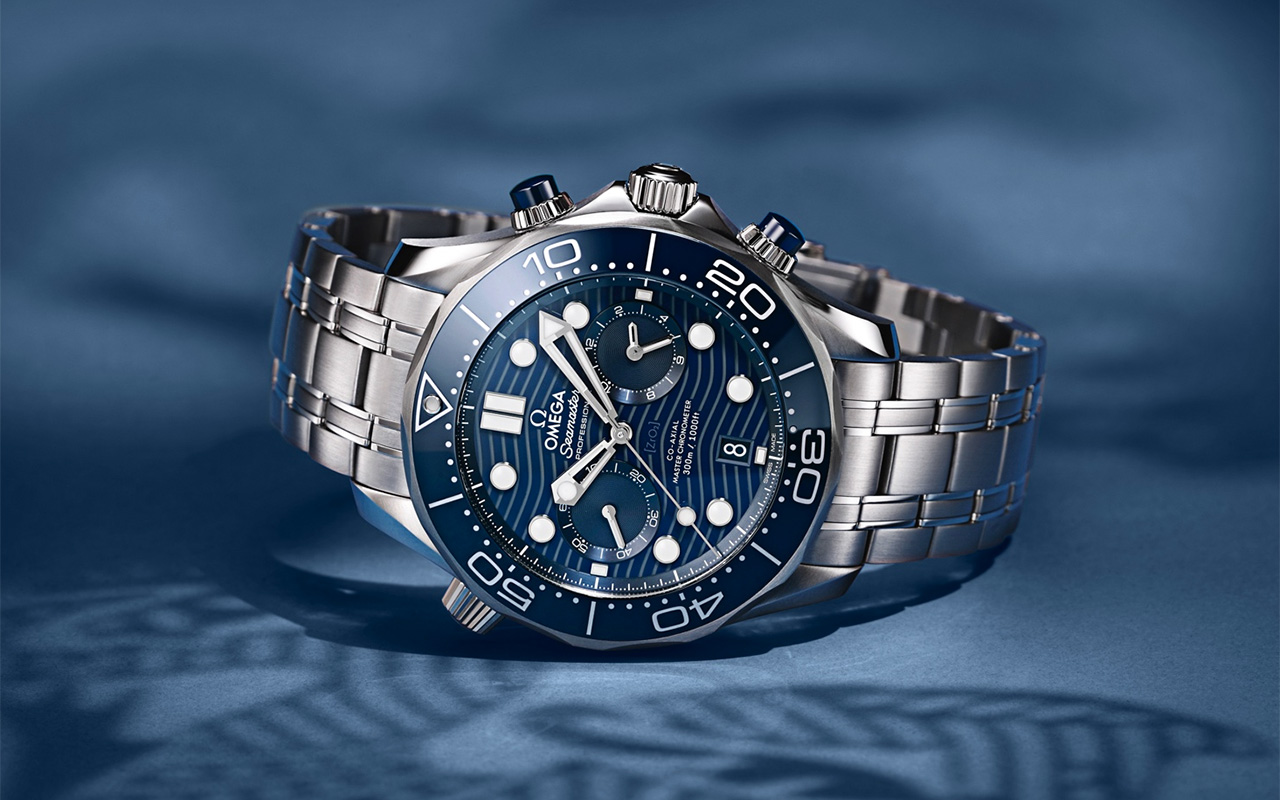 There is a lot of nostalgia associated with an Omega Seamaster, in fact it is one of the longest running watches still in production. It debuted in 1948 and was designed for the British Royal Navy around the end of the World War II. One of the landmark features that make a Seamaster a stroke of genius is the signature O-ring gasket provided as a waterproof seal.

Intended for use in submarines during the war, the primary impact that the Omega Seamaster made was in 1955, when diver Gordon McLean went down to 62.5 meters or 205 feet in Australia. The year 1993 saw the debut of the Seamaster Professional Diver 300M, which was an instant success. Soon thereafter, it adorned the wrists of divers, athletes, researchers, and of course, the man himself – 007 James Bond.

Today, we will discuss the refreshed Omega Seamaster 300M Chronograph for 2019, which had incidentally been redesigned last year. There are nine variations in the collection, with all having the same size and function. The only variation is the colors in the range.

At the 10 o’clock case flank, you will find the conical helium escape valve and you will notice that the aesthetics of this is of the new generation. The stainless steel Seamaster 300M Chronograph sports a blue ceramic bezel insert, blue pushers, and a blue dial. It also hosts rhodium-plated hands and indices. Under the hood is Omega Omega’s Co-Axial Master Chronometer caliber 9900. The same watch can be bought in a black or a gray variation and be teamed with an integrated rubber strap or bracelet.

The two-tone stainless steel version has a black dial that complements the black bezel insert and black pushers. Omega has used 18K red gold for the bezel, conical helium escape valve, the crown, the hands and indices, the pusher guards and the bezel markings. Omega caliber 9900 is under the hood and options in this version include a blue variation with yellow gold and teamed with integrated rubber strap or two-tone stainless steel bracelet.

The most striking version is the solid 18K red gold version lined with a gold bezel. The helium escape valve, crown, hands, pusher guards, subdial chapters rings, and indices are also in gold. This watch also hosts a laser-ablated black ceramic bezel ring with a granular textured matte finish. The black relief engraved polished diving scale is also unique to this watch. Under the hood is caliber 9901 – it’s basically the 9900 with a premium red gold oscillating weight and traversing balance bridge. 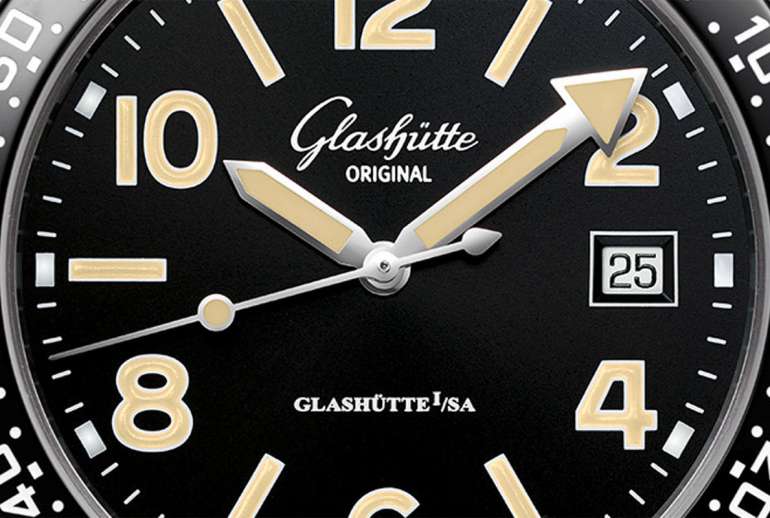 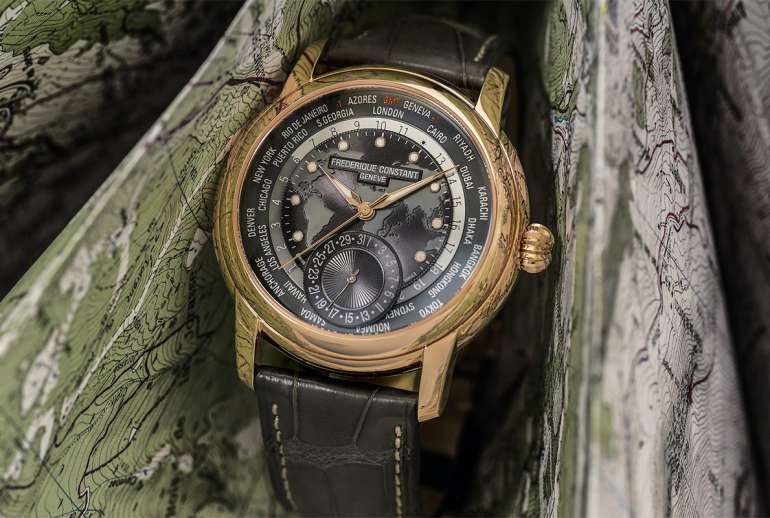 Frederique Constant Classic Worldtimer is affordable luxury on your wrist