The most unforgettable motorcycles at Concorso d’Eleganza Villa d’Este 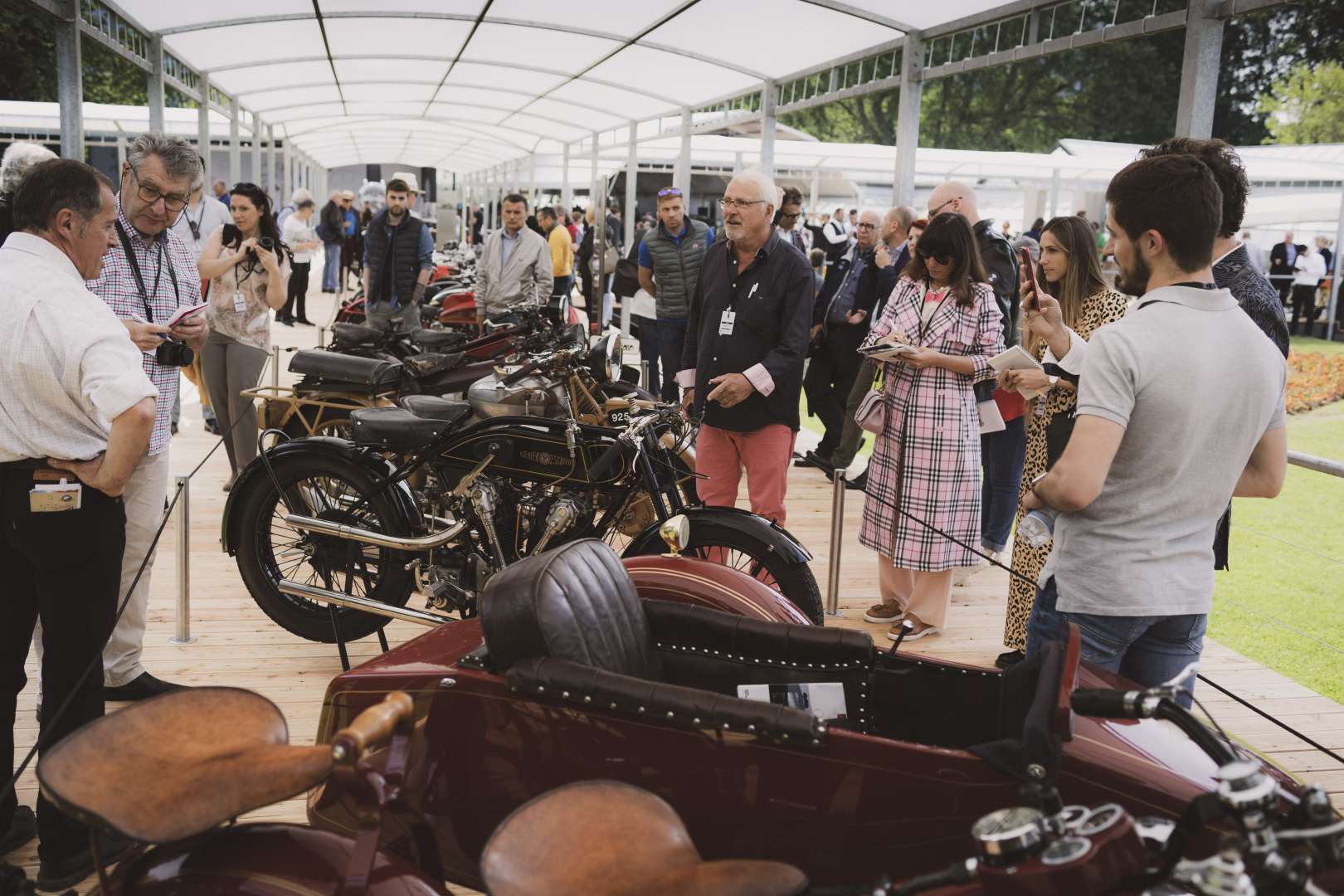 The 2019 Concorso d’Eleganza Villa d’Este is not just about exotic four-wheeled machinery. The vintage motorcycles at this year’s event are just as desirable and nostalgic. And while we salivated like overgrown babies at our top five best vintage vehicles at Concorso d’Eleganza, it’s only fitting to mention the most unforgettable motorcycles as well.

Here are our top choices of the most desirable two-wheeled wonders that left us wanting for more.

The BMW Group was the primary sponsor of the 2019 Concorso d’Eleganza Villa d’Este, so they brought their big guns to the event. One that made the most impact is the BMW Motorrad Concept R18. This bike is mash-up between the design idiom of the 30s and the power-hungry engines of classic motorcycles from the 60s.

The result is the Concept R18. It’s essentially a barebones chassis with an oversized 1800cc boxer engine. Best of all, there are no fancy screens or hi-tech gimmicks to distract you from the primary purpose of riding. It’s a modern interpretation of the vintage BMW R5. We don’t care if this bike is just a concept. We still want one.

Did you know DKW was the largest motorcycle manufacturer in the 1920s? Their flagship bike is the Super Sport 500. It came with a two-stroke, water-cooled 494 cc motor with 18 horsepower. It may not sound much, but it’s enough to propel the Super Sport 500 to a top speed of 75 mph (120 kph).

Here’s another interesting fact about DKW: the initials used to stand for Des Knaben Wunsch or “the boy’s wish”. However, it was later changed to Das kleine Wunder or “the little wonder.” However, the original meaning of DKW is Dampf Kraft Wagen or “steam-driven vehicle.”

What is it about classic bikes from 1929 that makes them so desirable? As if the DKW Super Sport 500 is not enough, we also have the 1929 Henderson Type KJ. It’s pretty obvious why this bike is unforgettable.

The Henderson Type KJ comes with a 4-cylinder 1300cc motor. The KJ is the Streamline model and is capable of reaching speeds of 100 mph. It also came with improved cooling features and an illuminated speedometer above the tank. This alone tells you that Henderson was serious about the straight-line capabilities of the Type KJ.

The Holcroft is a 118-year old relic, hence making it one of the most unforgettable at the 2019 Concorso d’Eleganza. The simplicity of the design and engineering is unheard of back in the day, and we suspect people flocked to 1901 Holcroft whenever it roamed the streets.

This particular 1901 Holcroft is motivated by a single-cylinder 213cc engine. With such a small motor, the Holcroft is not a particularly fast motorcycle, but we don’t care. The way it managed to stand the test of time is a marvelous achievement.

From the name itself, it’s clear the 1969 Kawasaki Mach III is all about speed. In fact, this bike earned the name ‘Blue Streak’ for its ability to reach a top speed of above 120 mph. However, it also became known as the ‘Widowmaker’ because of that. But still, the Mach III became a pivotal product for Kawasaki.

This bike is equipped with a 499cc two-stroke three-cylinder engine. It came with an original white-and-blue paint scheme similar to the Shelby Mustang Cobra of the same era. The three-cylinder motor produced 50 horsepower and pushed the Mach III to an impressive quarter mile run in 12-seconds flat.

Honda bagged five consecutive titles in the 1966 World Grand Prix Racing Series. The company withdrew from the World GP circuit in the next season to focus on making something great: the 1969 Honda Dream CB750 FOUR.

It is the first mass-produced motorcycle by Honda to have a larger motor. The CB750 came with a 736cc four-cylinder and four-stroke engine that produces 67-horsepower at a magnificent 8,000 rpm. This allows the CB750 to reach a top speed of 125 mph (201 kph). Most importantly, it was more than enough to outrun the Mach III from fellow Japanese rival Kawasaki. 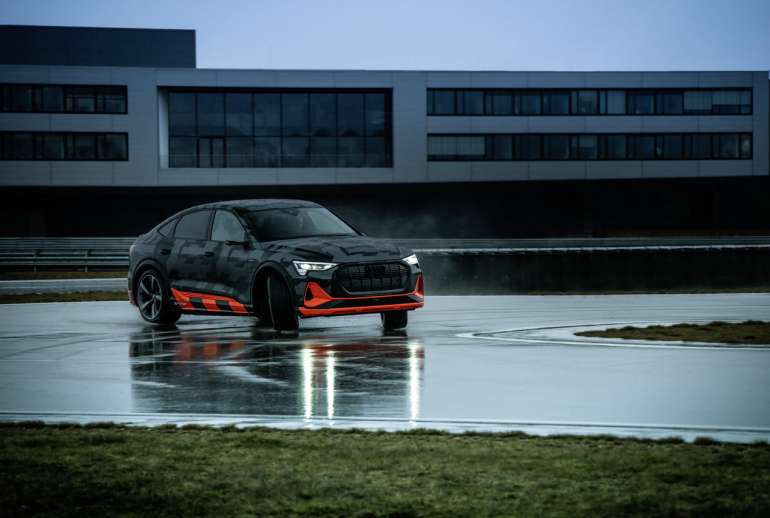 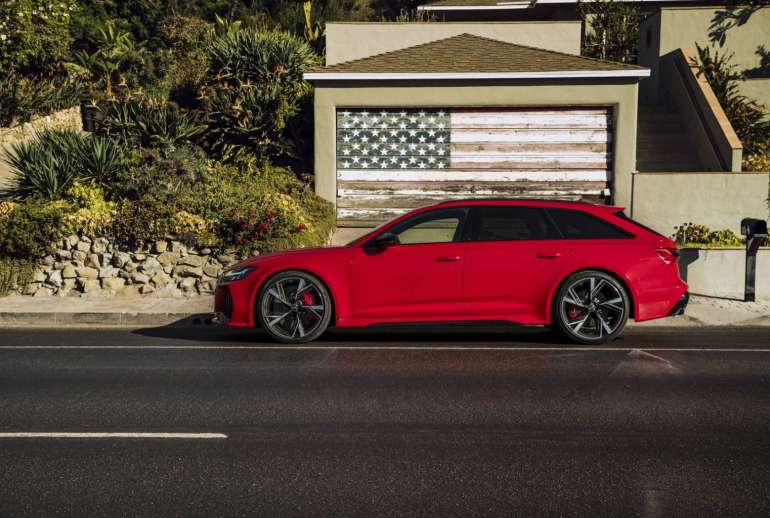