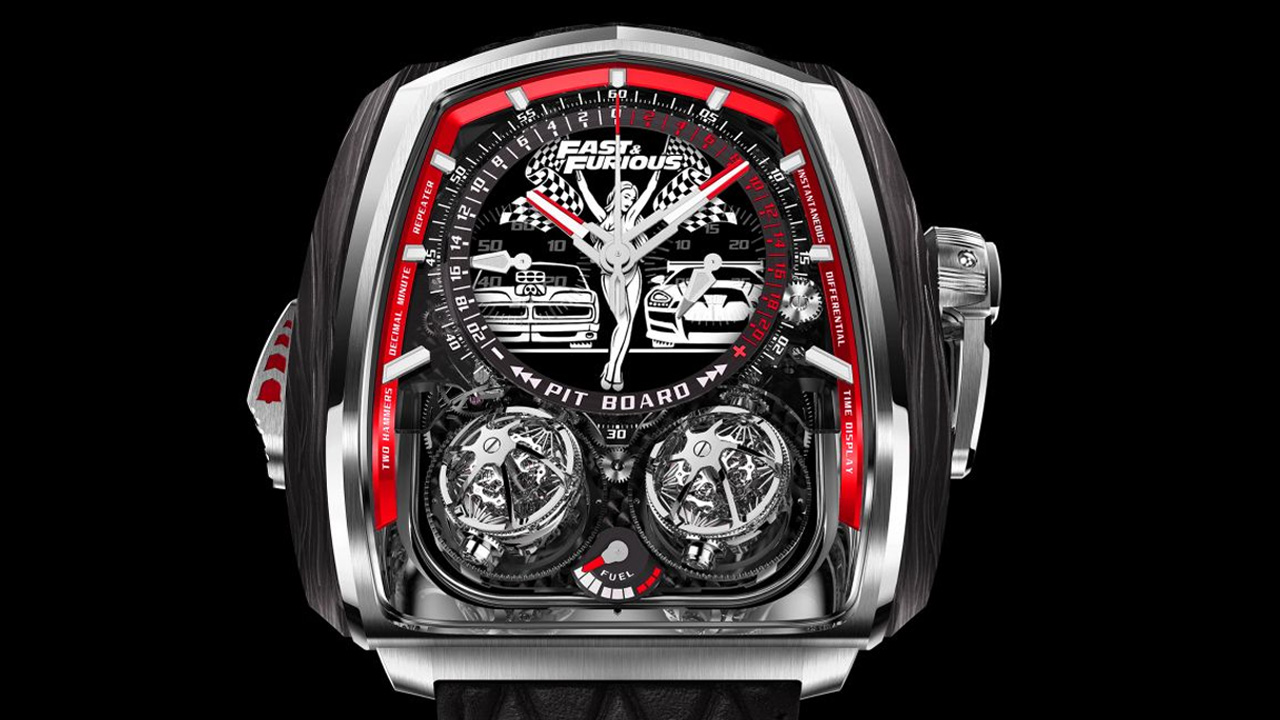 Everyone’s favorite Fast & Furious film franchise readies for debut of F9, the ninth spin-off of the movie, which should hit theaters later this month. In honor of the new film, Jacob & Co in collaboration with Universal Pictures has designed a special edition Fast & Furious Twin Turbo watch.

Based on Jacob & Co’s Twin Turbo Furious, the watch features 57mm x 52mm 88-part forged carbon case with steel bezel and a few similar accents. The highlight of the watch, which majorly distinguishes it from the watch family it is based on, is the upper portion of the watch dial which features the memorable imagery from the F&F movie.

Under the large sapphire crystal, in the upper half of the Fast & Furious Twin Turbo is a chronograph display featuring image of the “starting girl with checkered flag” as you’d see in the film. Behind the girl is the scene depicting hot rods ready to bolt. The Fast & Furious logo is featured above the image.

Just below the imagery section on the dial are a pair of three-dimensional triple-axis tourbillons and between them is the car’s fuel gauge-style power indicator. Interestingly, the watch also features a decimal minute repeater that chimes tens of minutes along with hours and minutes in different tones, so hearing the time is easier.

Twin Turbo has a see-through sapphire caseback – imprinted with Fast & Furious Twin Turbo watch – to allow a peek at the interesting movement inside. The watch is limited to only nine examples as tribute to the new Fast & Furious film F9, each costing a staggering $580,000. It will launch on June 25, the same day when the movie will debut in the US. 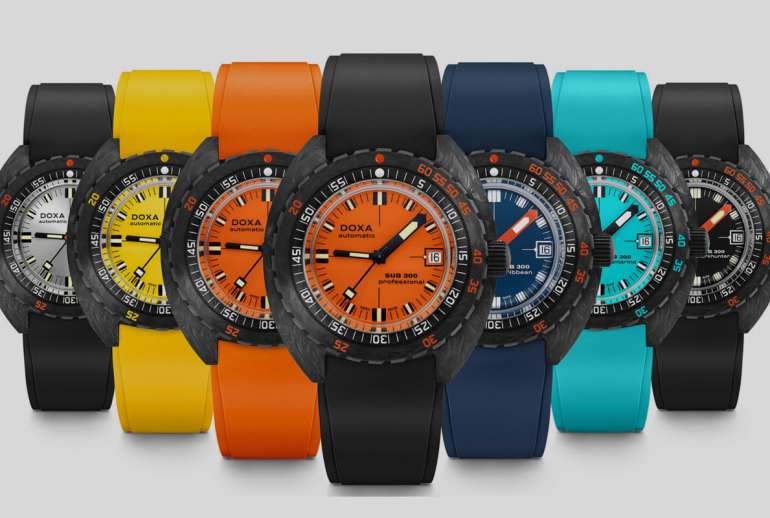 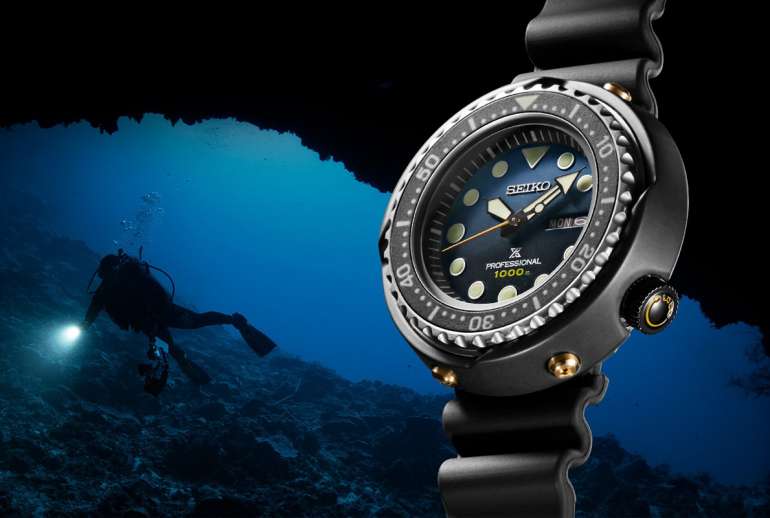