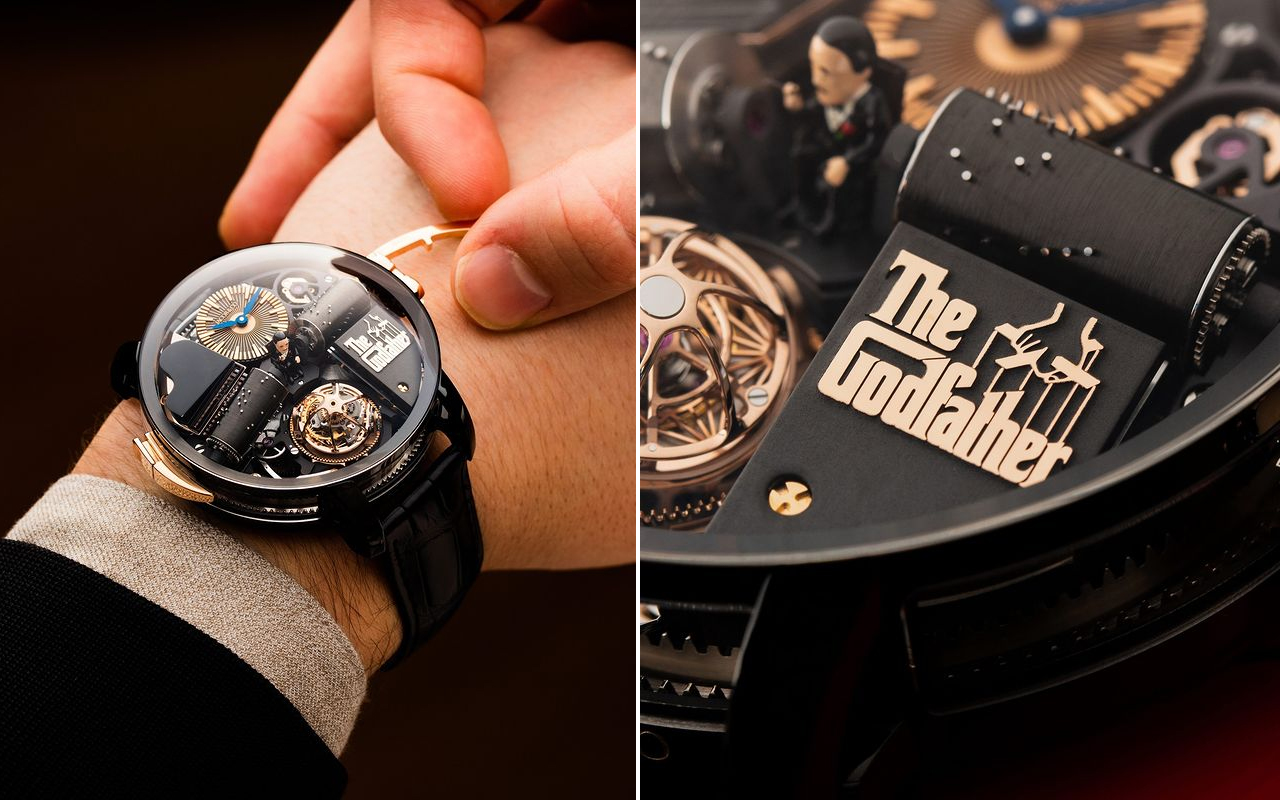 Jacob & Co. has been designing watches in collaboration with Universal Pictures for a few years now. The Opera Scarface Musical watch with a dial featuring artwork from the Scarface’s poster and a 120 note music box playing the “Bolivia” theme was a fine example. This aspect of watchmaking was introduced to the company’s Opera collection with the Opera Godfather, which has now received a new treatment.

For a fact, the Jacob & Co. Opera Godfather is a timepiece in a league of its own. It’s a high-end complication watch with state-of-the-art movement. The watch features a music box (playing the theme music from the motion picture) and a triple-axis tourbillon mounted on a rotating platform. This spins around the dial on tunes of the original track by Nino Rota.

Among the exciting Jacob & Co.’s Godfather musical watches, the new black DLC grade 5 titanium edition is by far the most enticing. There is not much deviation from the OG, but the striking color gamut is a head-turner on its own, but not at the cost of the rotating gimmick on the face!

Powered by the 658-component JCFM04 movement – hand-wound by the violin-shaped crank – Opera Godfather is absolutely peerless timepiece with an unmatched capacity to amaze and entertain the wearer and the onlooker.

Limited to 88 examples, the black DLC titanium edition of the Opera Godfather with its chiming mechanisms (evokes a total of 120 notes from the movie theme) represents a complicated and challenging feat in Haute Horlogerie.

While the hand-engraved, miniature Godfather seated himself in the middle of the dial has an ear on the chime and a cursory eye on the spectacular triple-axis tourbillon. 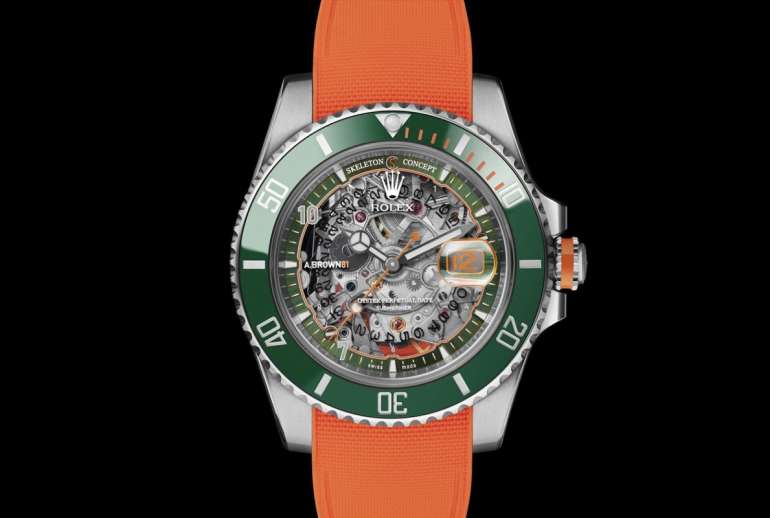 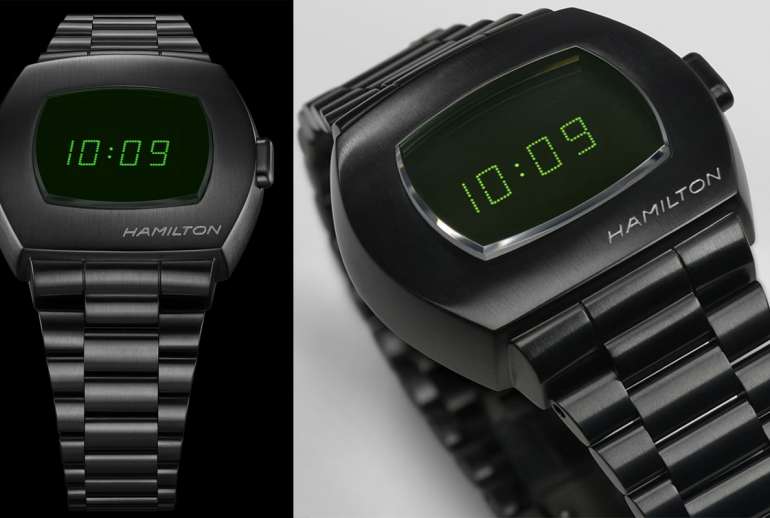