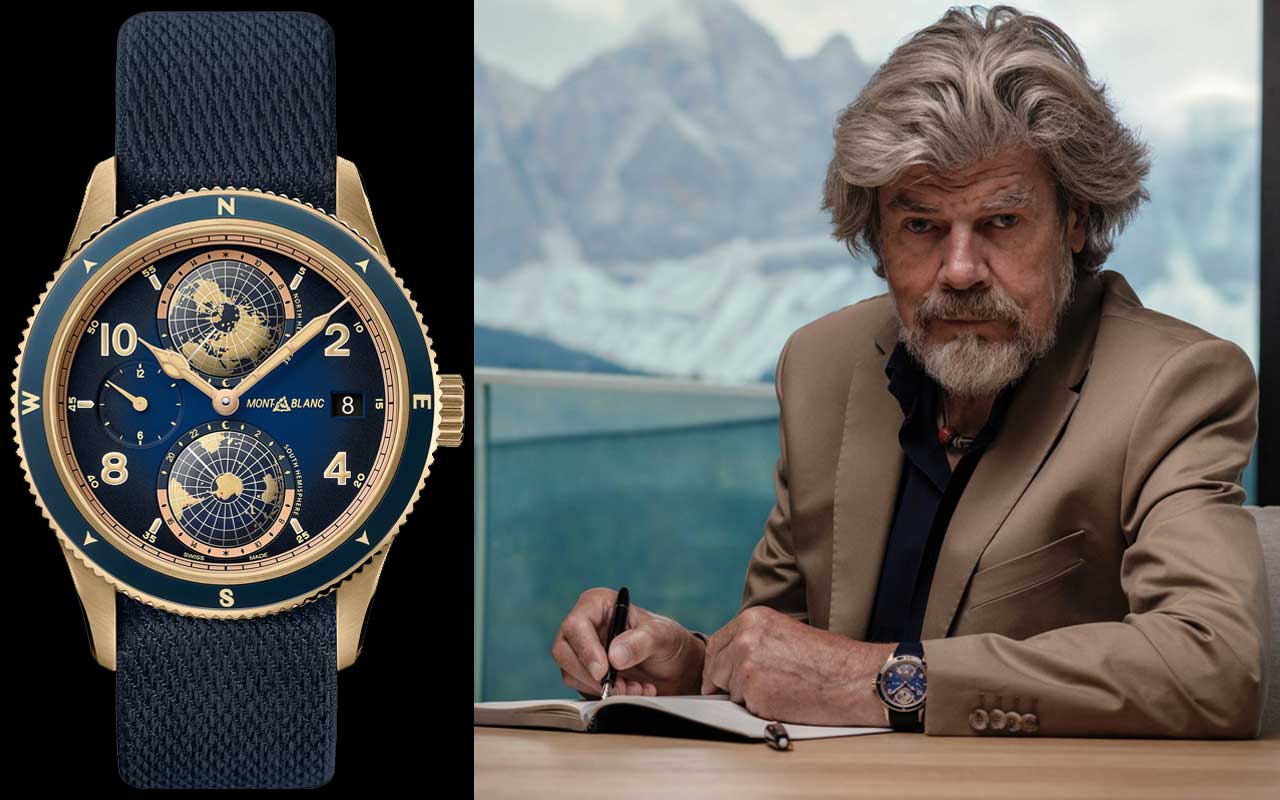 Reinhold Messner, the 76-year-old Italian explorer is one the greatest alpinists of all time and it was inevitable a timepiece themed around his mountaineering laurels was going to be made. After all he is the first man to scale Mount Everest solo, and also the one to have the feather of climbing 14 peaks above 8,000 meters in his hat.

The Legend has teamed up with high-end watchmaker Montblanc for a limited edition watch that derives inspiration from the brand’s 1858 timepieces – the pocket watches crafted by watchmaker Minerva which eventually became a part of Montblanc in 2009.

This exclusive version of the 1858 Geosphere comes in refreshing hues of blue and bronze, with the 42mm case embellished in brushed and polished surfaces. The dial has a degradè effect contrasted by the rose gold details and cathedral hands.

The timepiece has turning disks at 12 and 6 o’clock positions depicting the Northern and Southern hemisphere, highlighted by the seven red dots which represent the seven summits the legend has climbed. 1858 Geosphere Limited Edition chronograph has an extensively engraved titanium caseback which one can’t help but notice.

The watch has detailed rendering of the Mont Blanc mountain, a compass with motif, crossed ice axes and the Messner’s signature. To balance out the dial look, there is a date window at 3 o’clock and second-time zone subdial at 9 o’clock. Since it is an adventurer’s watch the heavy use of green Super-LumiNova on the compass arrows and bezel, and blue Super-LumiNova on the globe continents, Arabic numerals and indexes doesn’t surprise.

1858 Geosphere Messner Limited Edition chronograph is ticked on by the automatic Caliber MB 29.25. It is based on the Sellita SW 300-1 which has an in-house module and gives a power reserve of 42 hours. The watch is well complemented by the blue NATO strap which is handmade in France. All this goodness will come in limited numbers of 262 (reminiscent of the 26,200 feet that Messner has conquered) at a retail price tag of $6,500. 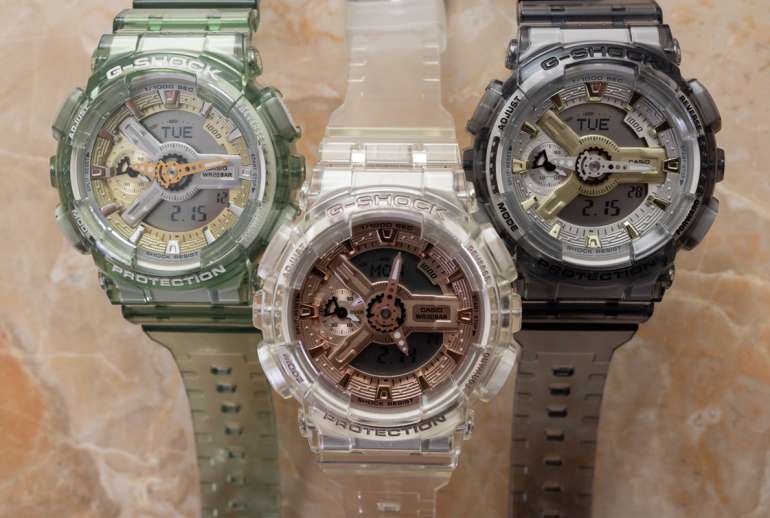