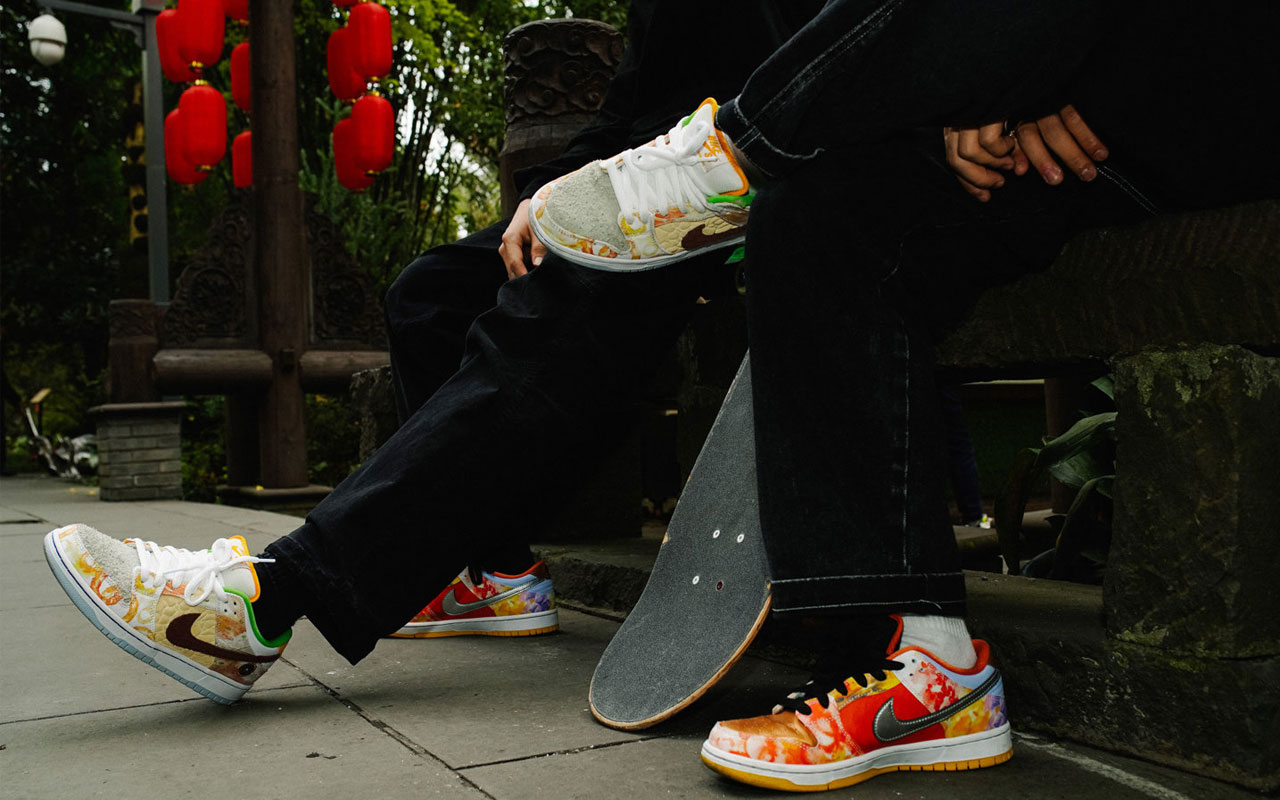 Amid the plethora of all-star silhouettes this year, Nike has officially revealed the SB Dunk Low Street Hawker as a year ending surprise, which is going to go on sale in January. These sneakers designed by Guangzhou, China-based artist Jason Deng have symbolic references to the Chinese street food and the country’s cuisine in general.

Exhibiting the “bonding effect food culture has in China” these Dunks celebrate the Chinese cuisine with a mismatched makeup – different setting on a different shoe – that represent on either side half a dozen dishes from the beloved delicacies cherished around the globe.

Deng shows the design inspiration on the Dunks through use of watercolors with the left shoe displaying three flour-based dishes in a light beige hue. It features green bean soup texture mimicked on the suede toebox with donut patterns marking the overlays on top.

The embossed suede on the lateral resembles pita bread soaked in mutton soup, latter represented in watercolors. The Swoosh representing chopsticks stands out amid the graphic blend of Shanghai noodles and 10-cent copper coin drawn on the lateral heel. The insole resembles the blue sky with blue-and-white porcelain accent.

To match up stroke to stroke in exuberance to the left, the right one features hotter and metallic colors representing different heats from spicy to sweet and Chengdu hotpots used for cooking dishes. Boiling chili oil for the toebox and crispy roasted goose skin touch on the lateral is topped with silver Swoosh resembling metal hook used to hang roasted goose.

Eyelets are brought to life with flame and Lychee wood used to roast the goose while the sweet tooth will find the shaved ice and taro balls in heel counter pretty enticing. The insole features bench terrace landscaping used for growing rice with color-lining reflecting meat dishes. Yellow outsole of the shoe is a highlight of it all representing oils used to prepare the dishes.

That’s definitely not it

The heel tabs on the SB Dunk Low Street Hawker feature calligraphy for “food” in black and white thread. The laces are not left untouched either – these come in four colors each one inspired by four essential seasonings in Chinese cuisine.

If your stomach has begun rumbling already, the Nike SB Dunk Low Street Hawker is slated to release on January 13 for an expected price tag of $110. 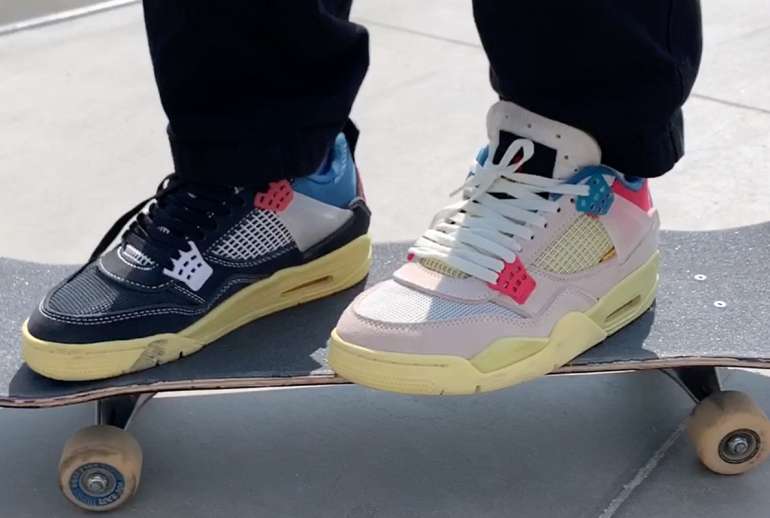 Instagrammer skates in two Union x Air Jordan 4 colorways, one on each foot 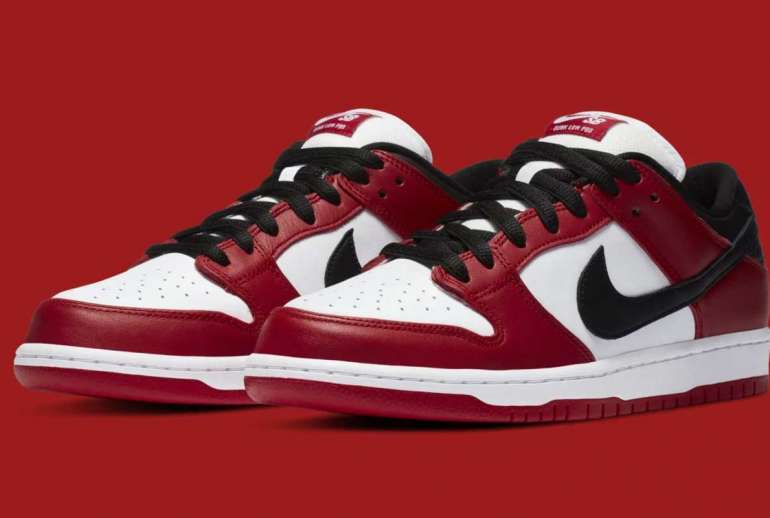