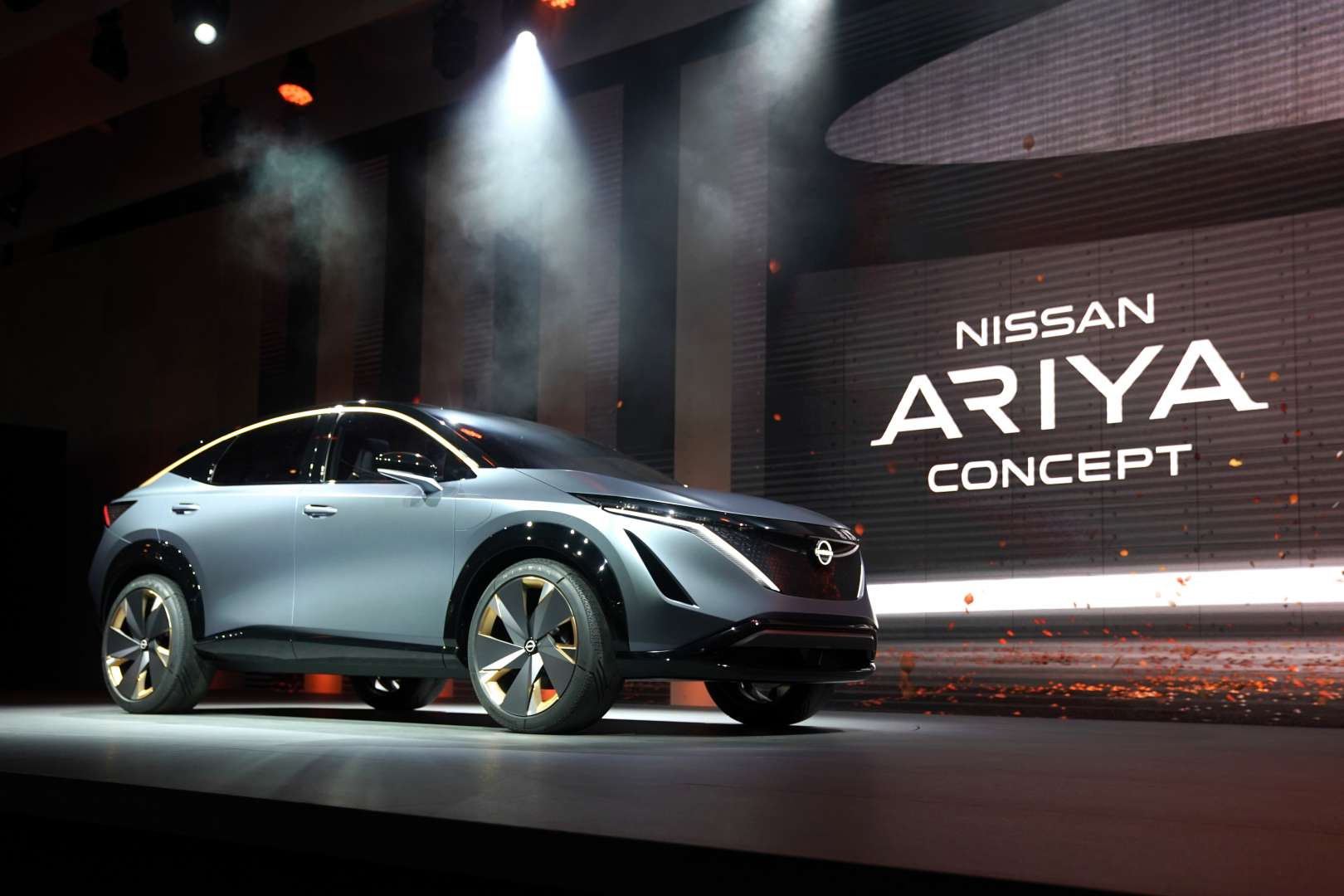 Nissan is about to embark on an electric and autonomous future with the new Ariya Concept. Nissan is calling the Ariya crossover a concept for now, but all the stars are pointing at future production plans beginning in early 2021.

Credit goes to Nissan for arriving at the EV party earlier than Tesla. But at the 2019 Tokyo Motor Show, Nissan seems intent in abandoning the quirkiness of the Leaf EV and head straight into crossover territory.

But there’s a small problem: the new Nissan Ariya is smacking head-first into Tesla Model Y, an electric crossover based on the Model 3.  And if you know anything about Tesla vehicles, the Model Y has an arsenal of go-fast components to beat lesser cars into submission.

Nissan knows this too well, so it gave the Ariya a pair of potent electric motors

Unfortunately, the grand unveiling of Nissan Ariya at the Tokyo Motor Show didn’t come with specific horsepower, torque, and performance figures. And since the Ariya is essentially a pre-production mule at this point, nothing is definite yet in terms of power figures and top speed.

However, Nissan wasn’t ashamed to say the Ariya is equipped with two electric motors; one for each axle. The Japanese carmaker also divulged a zero to 60 mph time of under 5.0-seconds and a driving range of around 300 miles. With these specs, there’s no doubt the Ariya is facing head-to-head with Tesla’s much-anticipated Model Y, so it better be as good as Nissan wants us to believe.

The styling is based on the IMx Concept from 2017

Two years ago, Nissan introduced the IMx Concept at the very same event. Back then, the vehicle had all the overblown styling features befitting of a concept car. But now, the newly-christened Ariya Concept retains the delicious elements from the IMx while cleaning up the overall design. The result is frankly a nice-looking and desirable crossover.

In fact, dare I say the Ariya looks better sorted than Jaguar’s I-Pace? The Jag has a certain type of beauty reserved for purists while the Ariya is oozing with new-age sportiness. The vehicle has thin LED lights and a progressive version of Nissan’s V-motion grille design. And now, it even comes with an illuminated Nissan emblem.

The wider, bulging fenders are large enough to accommodate standard 21-inch wheels. Out in the back, the single wraparound taillight gives the vehicle a hi-tech and modern vibe. The Ariya looks sharper than Model Y, and that alone may be enough to favor the former over the latter if what you want is a sleeker-looking SUV.

With minimalist interior design, the Ariya is heading towards the right path

When it comes to button-less interiors, Tesla is king. The American carmaker is responsible for cleaning up the dashboard and putting all related features into a centralized touchscreen display. Thankfully, the Nissan Ariya is inspired by the same minimalistic approach.

You still get a slew of physical buttons on the steering wheel and dash, but majority is composed of touch-sensitive panels with haptic feedback. In fact, the only physical buttons you’ll find in the console are the start button, a physical knob to operate the display, and the climate control button. Everything else is composed of haptic switches.

The Ariya also has a large 12.3-inch central display which extends towards the instrument console to deliver a wider view.

The Nissan Ariya is coming to the USA

That’s right! Unlike the highly-desirable Mazda MX-30 EV, Nissan’s new Ariya is slated to arrive in the USA, but not until 2021. Considering the Tesla Model Y is coming next year, the Ariya needs to prove it can outmatch and outclass the Tesla in all aspects – namely range, charging, and practicality – besides outright zero to sixty times.

“The Ariya Concept represents a strong collaboration between design and engineering,” said Yasuhiro Yamauchi, representative executive officer of Nissan. “The Ariya Concept is not a concept car designed from far off ideas, but rather a car that embodies Nissan Intelligent Mobility at its core and highlights a promise of an entirely new driving experience on the horizon.”

Don’t forget, Nissan is still calling the Ariya a ‘concept’ at this point, and some elements might still change. But leave it as is, and you get a dynamic crossover that looks better than established competition. 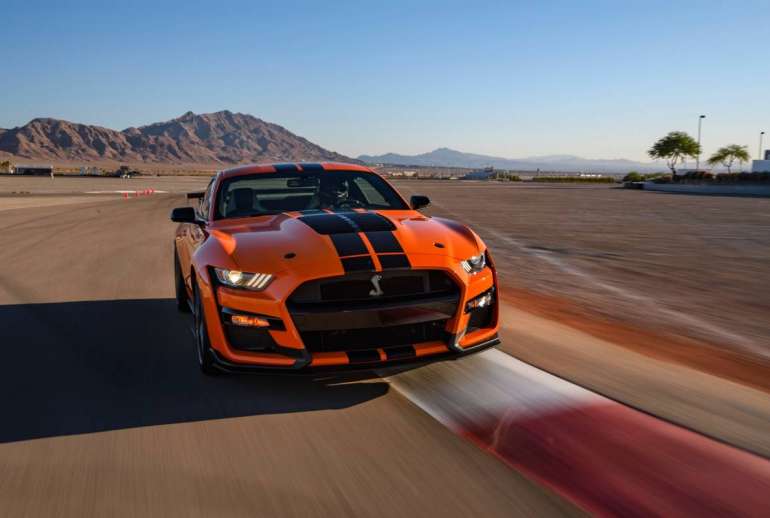 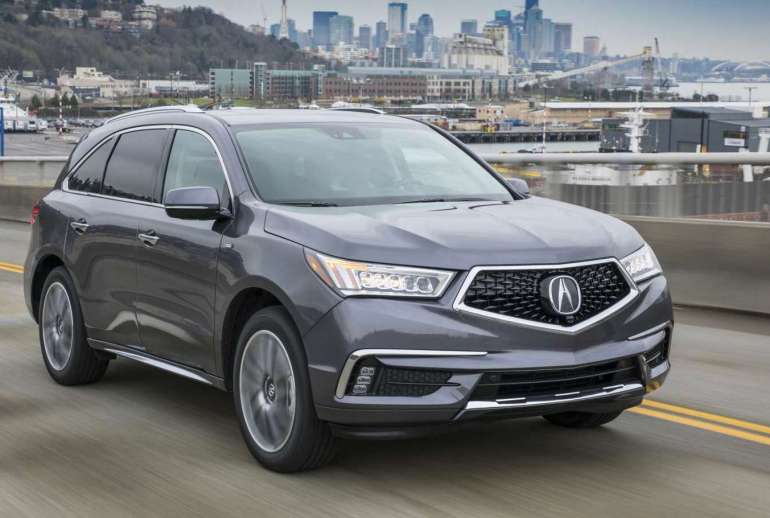