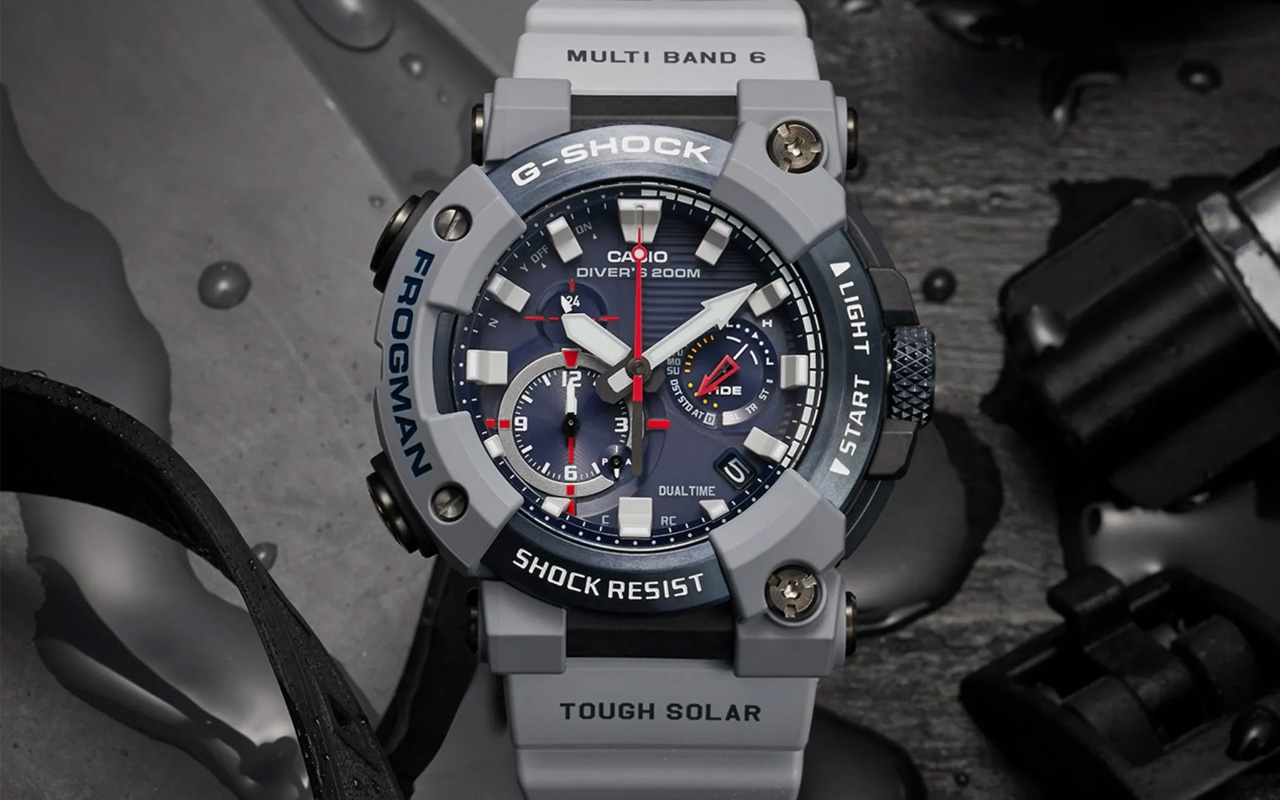 Casio keeps breaking the barriers of styling and function when it comes to its indestructible G-Shock range. Now the G-Shock Frogman watch gets a bump-up with the all-new limited edition version designed in collaboration with the Royal Navy.

Predictably the watch is built to endure the roughest environment – one that navy personnel would be subject to – be it in sea or land. Dubbed the Royal Navy x G-Shock Frogman, this timepiece is for the toughest of men out there, and aptly so.

This limited edition Frogman dive watch is inspired by the aesthetics of the HMS Queen Elizabeth, the largest aircraft till date in fleet of the Royal Navy. Its robust characteristic comes from the Carbon Core Guard and the monocoque case built out of carbon fiber-reinforced resin. To take the exclusivity a notch further, the watch has a bespoke version of the G-Shock Frogman character on the caseback.

The color of the watch’s case is contracted by gray colors on the strap to replicate the palette of the ship’s distinctive hull. Also, the bezel, crown, keeper, and caseback are draped in black color. Continuing with the theme, the navy blue watch face along with the white hands give Royal Navy x G-Shock Frogman that definitive naval ship character.

Same Frogman but with a different skin

There’s not much difference in the hardware configuration of this limited edition watch from the standard version. You’ll get Bluetooth connectivity, solar-powered charging, 200-meters water-resistance, magnetic resistance, automatic radio timekeeping, sapphire crystal on the dial, and the ISO certification.

According to the official released data by Casio, the watch will be released in April 2021 with a price tag of around $115, a few dollars higher than the standard version. How many limited edition units will be built and their availability is still unknown, but one thing is for sure, it’ll sell like hotcakes! 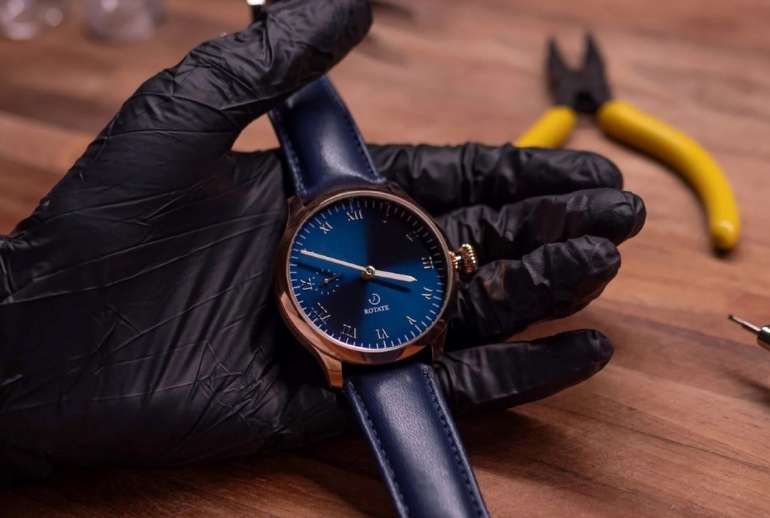 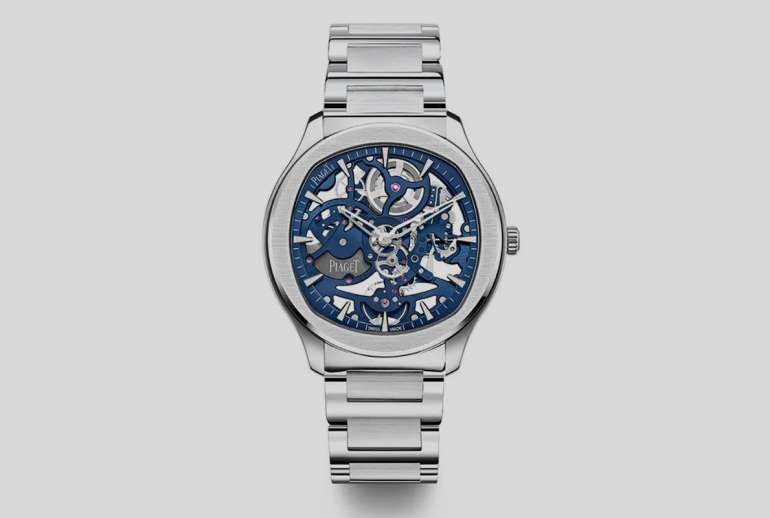 Piaget Polo Skeleton is skimmed down version of the classic wristwatch