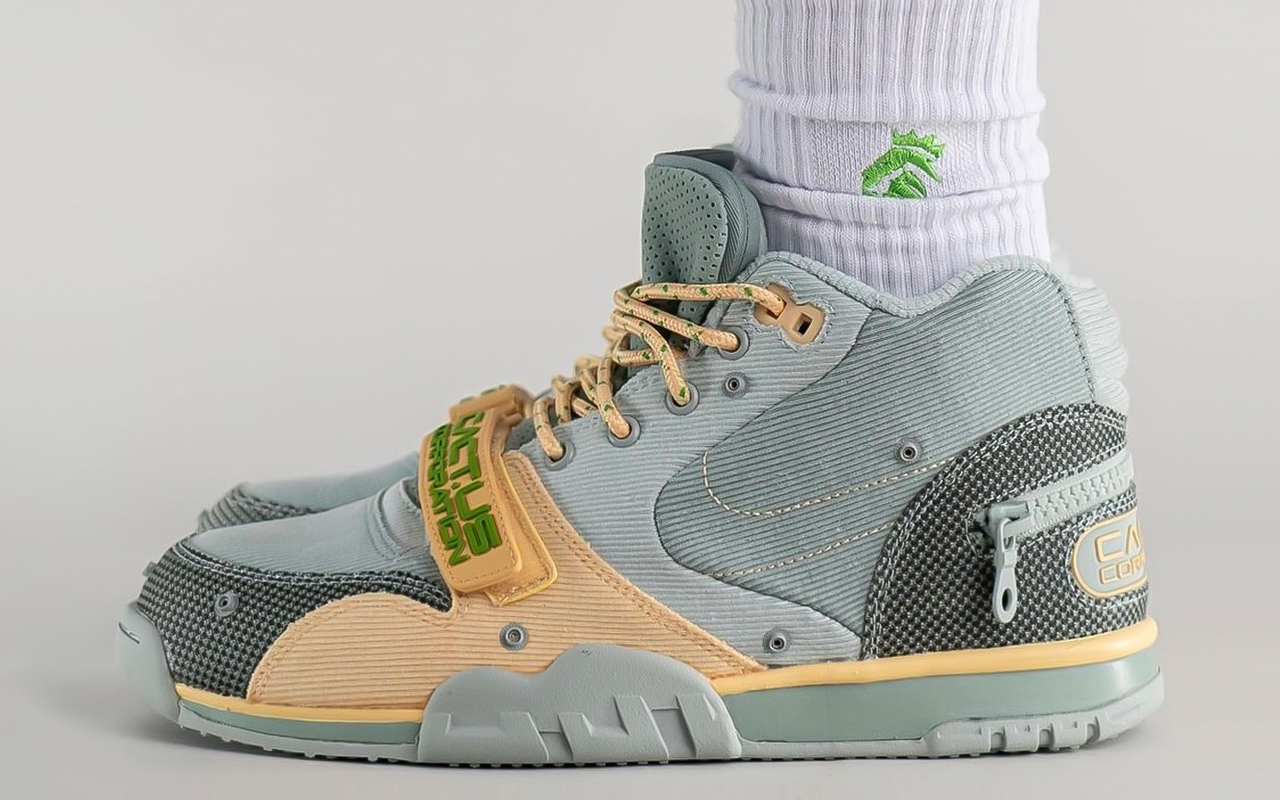 American rapper and songwriter Travis Scott and Nike share a long-time relationship. In fact, we have been following the association for a while; since the two released the vintage military gear or the more enticing SB Dunk Low Cactus Jack.

Just a few months back we received the glimpse of the brown Air Trainer 1 on the rapper’s feet. Now there is another interesting silhouette on the horizon. The partnership is likely to bear fruit in form of Air Trainer in “Grey Haze” colorway.

We wouldn’t have believed another Travis Scott x Nike silhouette was upcoming, had the on-foot images of the Air Trainers in the new avatar not shown up. According to what the images have to reveal, this hiking-inspired shoe aligns with the previous collaborative models we have seen targeted at the outdoorsy.

The Travis Scott x Nike Air Trainer 1 Grey Haze is made in a nice blend of mesh textiles and corduroy. The pair comes with removable shrouds that affix to the shoe upper. The grey upper is accentuated by the recognizable Honeydew and Chlorophyll accompanied by Travis Scott’s signature reverse Shoosh on one side and the regular Swoosh outline of the other side of the foot.

The other functioning details of the Air Trainer 1 Grey Haze include a secure strap on the forefoot, a zippered stash pocket at the heel with CACT.US Corporation branding on the strap and the heel. The carbon fiber-like pattern used on the toe and heel is something that we particularly like in this collaborative pair.

Travis Scott x Nike Air Trainer 1 Grey Haze is expected to arrive in Spring 2022. Though the official release date is not confirmed, we do have a tentative price leaked already. The interesting silhouette is likely to retail for $140 a pair. 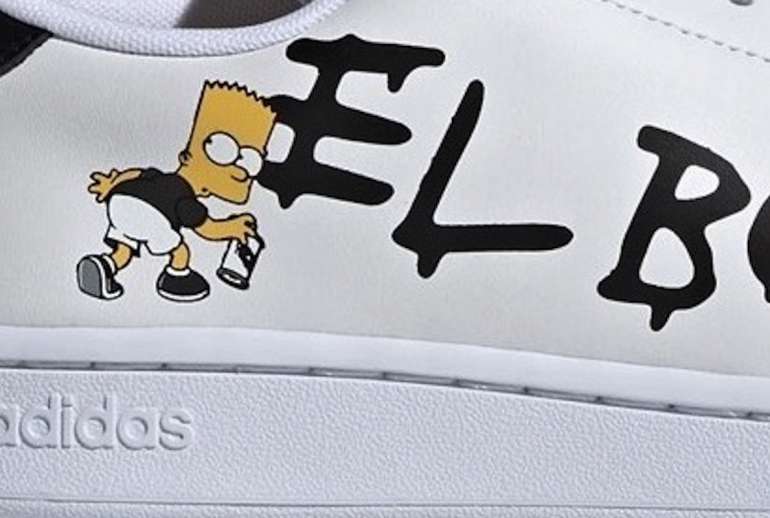 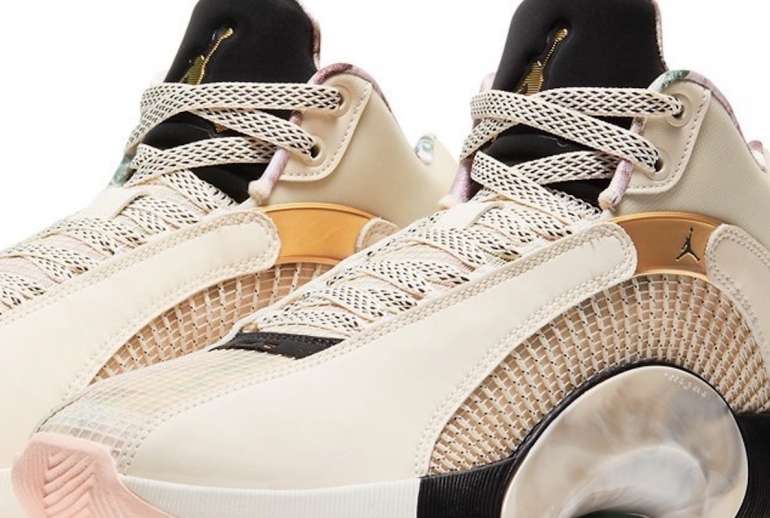 Air Jordan 35 Paris: Only 102 pairs will be made available