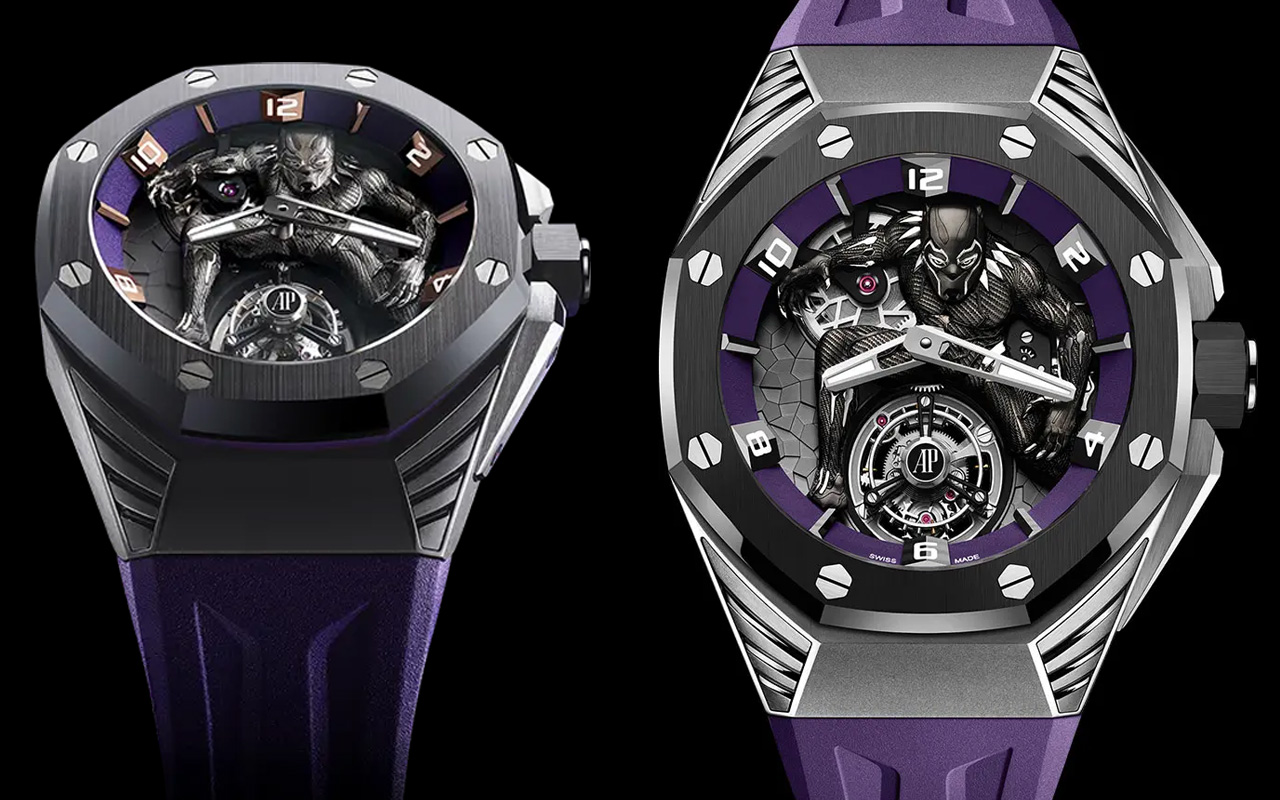 Audemars Piguet has some very fascinating Royal Oaks to its credit. For instance the Royal Oak in White Gold or the Royal Oak Concept with diamond-studded flying tourbillon cage. Now, the brand has ventured into the pop culture and revealed a Royal Oak Concept “Black Panther” Flying Tourbillon, which is beyond anything fans have worn yet.

A result of the first collaboration between Audemars Piguet and Marvel; the Black Panther Flying Tourbillon was on the cards last year. Given the dramatic turn of events in 2020, the watch was released in a special event with an auction recently.

Royal Oak Concept Black Panther Flying Tourbillon boasts of a sandblasted titanium case which has satin-brushed and polished titanium inserts for a textured look. The case is complemented with centerpiece of the watch, the hand-painted, hand-graved Black Panther figure on the dial that lunges over the minute and hour hands and the flying tourbillon placed at 6 o’clock.

Interestingly, the Marvel superhero is made from 18K white gold. The figure is cut with CNC machining from a disk of gold and then carved out using laser to present a realistic touch to its suit, physique and other details. Since each watch face is so painstakingly done – it takes 30 hours and one dedicated craftsman -only 250 of these iconic watches will be made in 42mm case.

The Royal Oak Concept Black Panther Flying Tourbillon features Caliber 2965 hand-wound with flying tourbillon in its guts. The movement provides the watch with 72 hours of power reserve. The watch comes paired to a purple rubber strap (black is also available) that keeps the timepiece’s colorway in tune with the Marvel Universe.

Limited to only 250 examples the Audemars Piguet Black Panther is priced at CHF 150,000 each (roughly $162,000). The first unit of this superhero-themed timepiece was however sold at an online auction for charity to a Chinese bidder for a whopping $5.2 million. 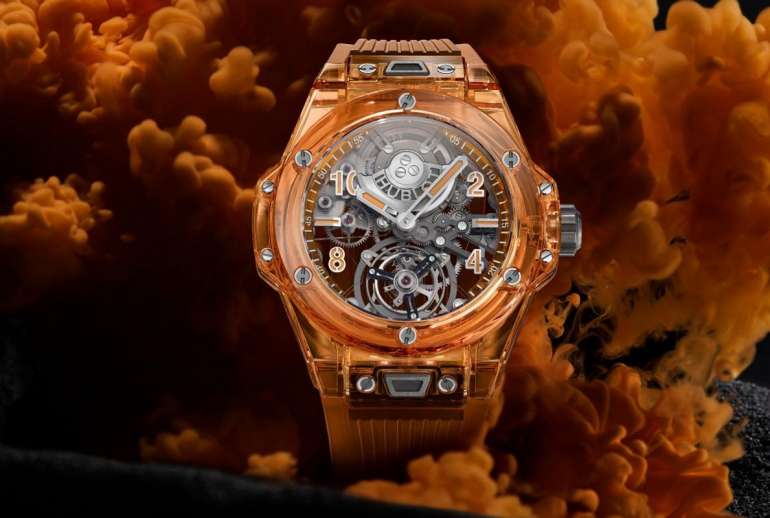 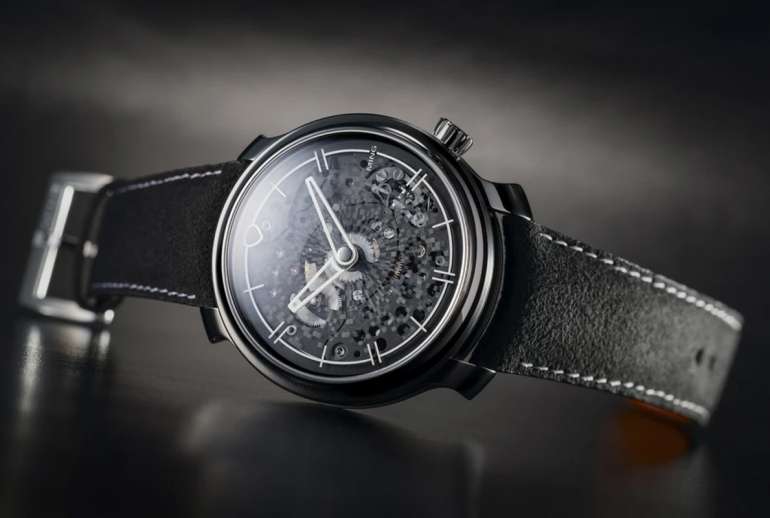