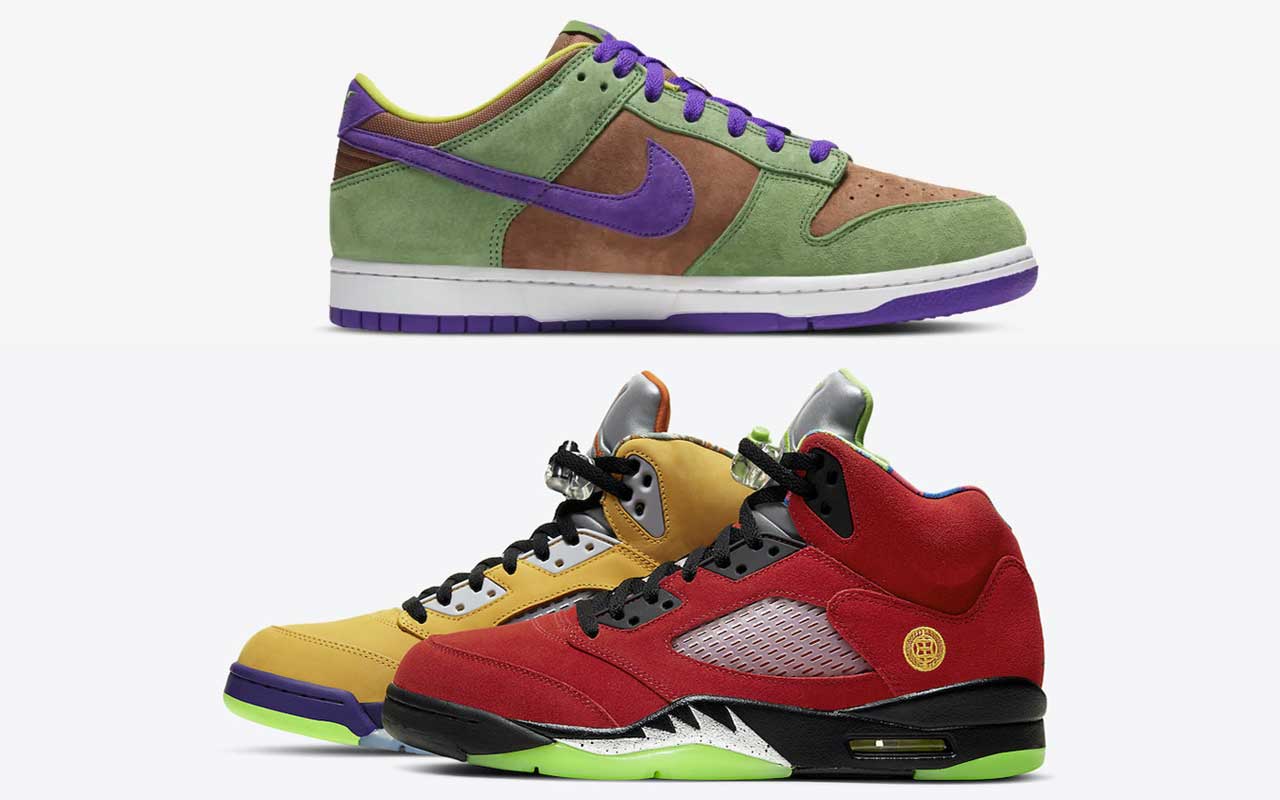 Just yesterday we learned that the OG Air Jordan 1 “Chicago”-based Nike SB Dunk Low is making a US debut soon. Some lucky sneakerheads would already be taking a pair home via a raffle draw on skate shops Premier and Spot Tampa.

Now, we learn that Nike is lined up to release two more exciting silhouettes that are good to take us back in time with their colorways and design approach in November. The options include the Dunk Low “Veneer” and the Air Jordan 5 “What The”. Let’s have a closer look at each of these and learn about their release dates and pricing.

Originally designed as a Japan-exclusive in 2001, Nike Dunk Low “Veneer” follows in line after the Dunk Low “Plum” we saw earlier in the year. Veneer colorway has been fan-favorite for its hues and texture and now the premium suede is back in shades of veneer, autumn green, and deep purple.

Expected to launch on November 10, the Dunk Low “Veneer” will come in adult and toddler sizes. While the adult sizes will retail for 100 bucks, the kid’s variant will sell for $60. So, gear up to style your sportswear with the cult classic soon.

The Jordan Brand has been in the middle of a launch spree of sorts, and the latest to make debut in the league is the Air Jordan 5 “What The”. The silhouette is believed to be releasing on November 12 in order to commemorate the model’s 30th-anniversary celebrations. What the” Air Jordan 5 will retail for $220.

The “What The” motif of the shoe – comprising mismatched yellow and red colorway for the right and left shoes respectively – draws inspiration from classic Air Jordan Vs including AJ5 “Tokyo,” AJ5 “Shanghai,” AJ5 “Bel-Air,” and AJ5 “Red Bull.” 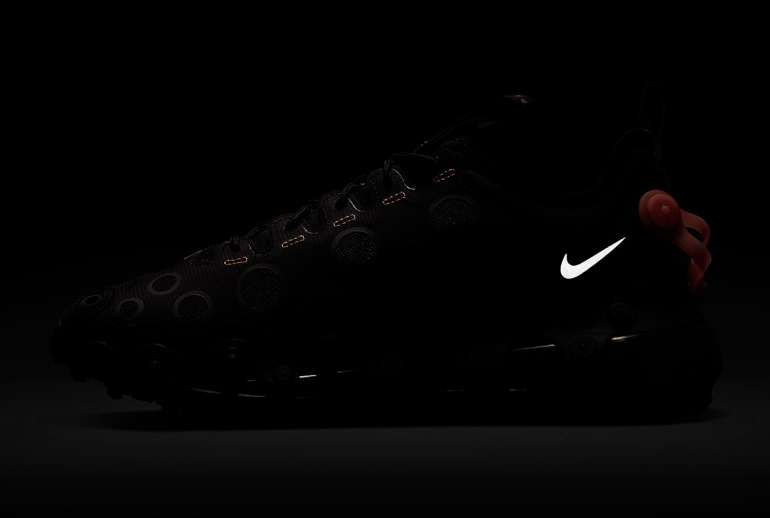 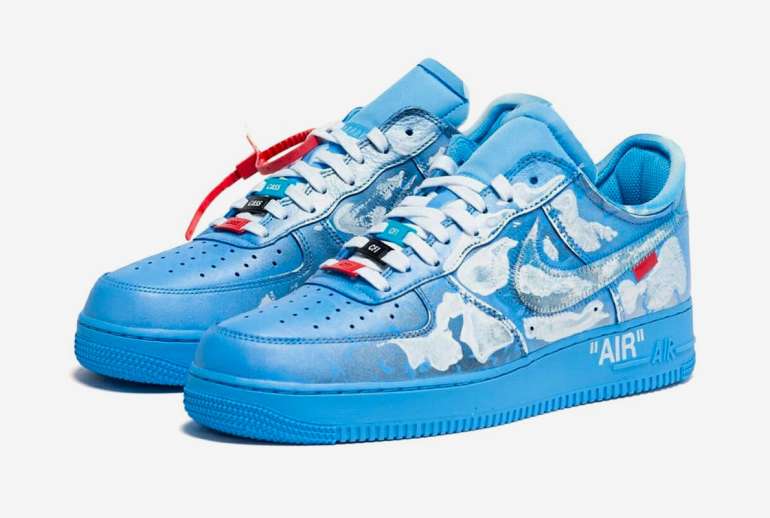